Last week in my guest room reveal I mentioned the closet doors and how they were one of my biggest DIY fails to date. So let’s talk about that. 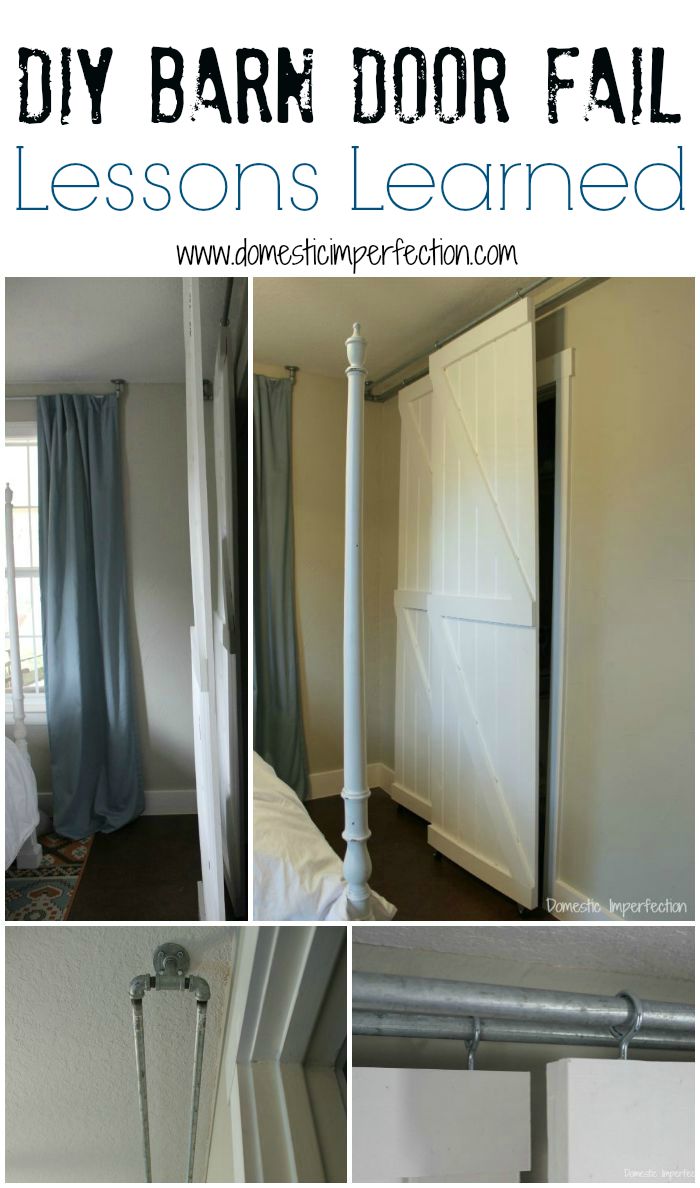 I was really excited about these and planned to write this great tutorial, because really…who wouldn’t want an awesome DIY double bypass sliding barn door system (say that five times fast)? No one, that’s who… it sounds amazing. 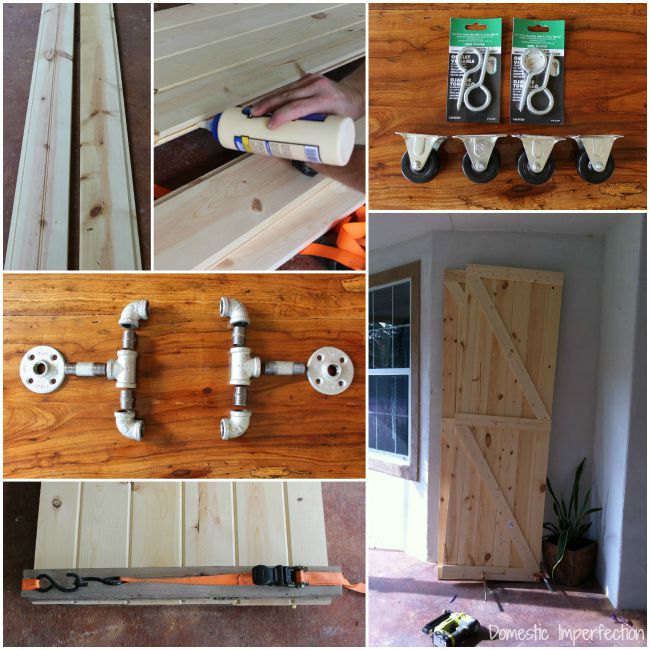 But alas, it wasn’t meant to be. 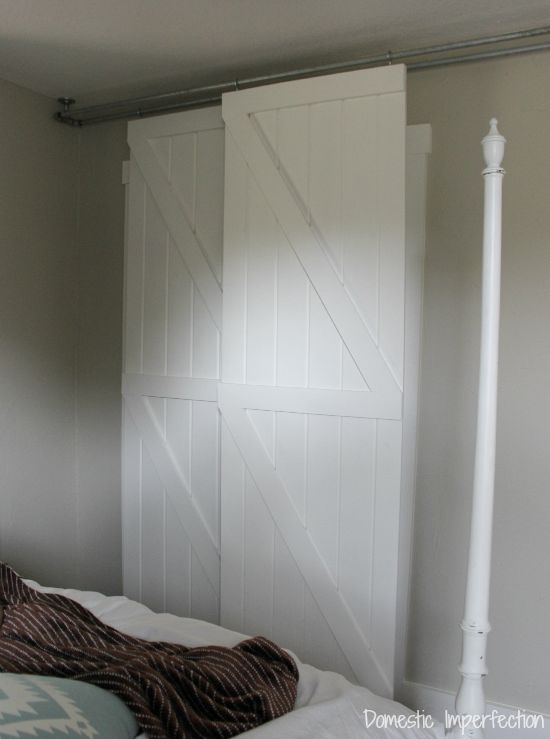 You’re probably thinking that it doesn’t look that bad (besides the shadowy horrible picture). You’d be right, somehow the pictures make it kinda (sorta) look like a success. Don’t be fooled though, it’s a giant fail. I wish I had a video recording of the moment Adam and I got them all installed and stepped back to look at them, because it would be quite entertaining. We didn’t even say a word…we both just looked at it, walked away, and went and angry cleaned (you do that too, right?)

So what were all the problems? First of all, the doors weren’t wide enough. 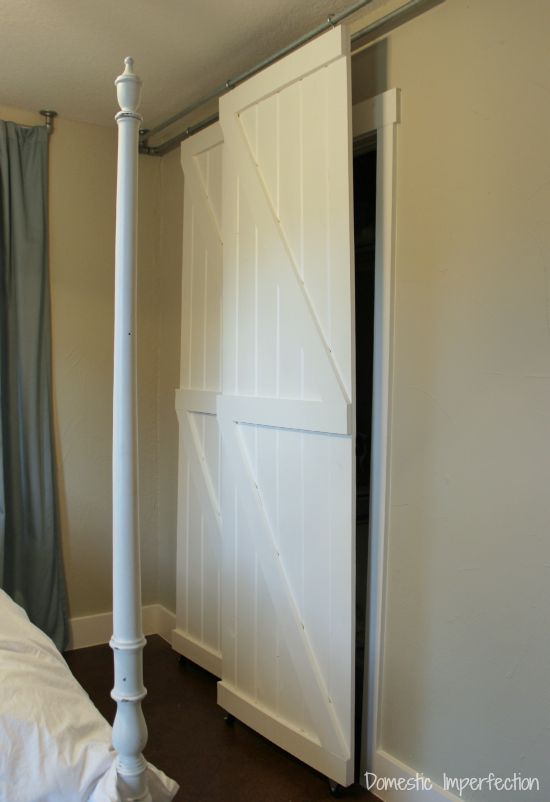 We made the doors larger than the opening (like a foot bigger), but it wasn’t enough. For the doors to overlap each other and the closet they have to be really wide…we probably should have added another foot to each door.

Second, the gap between the barn doors and the wall looked completely ridiculous. 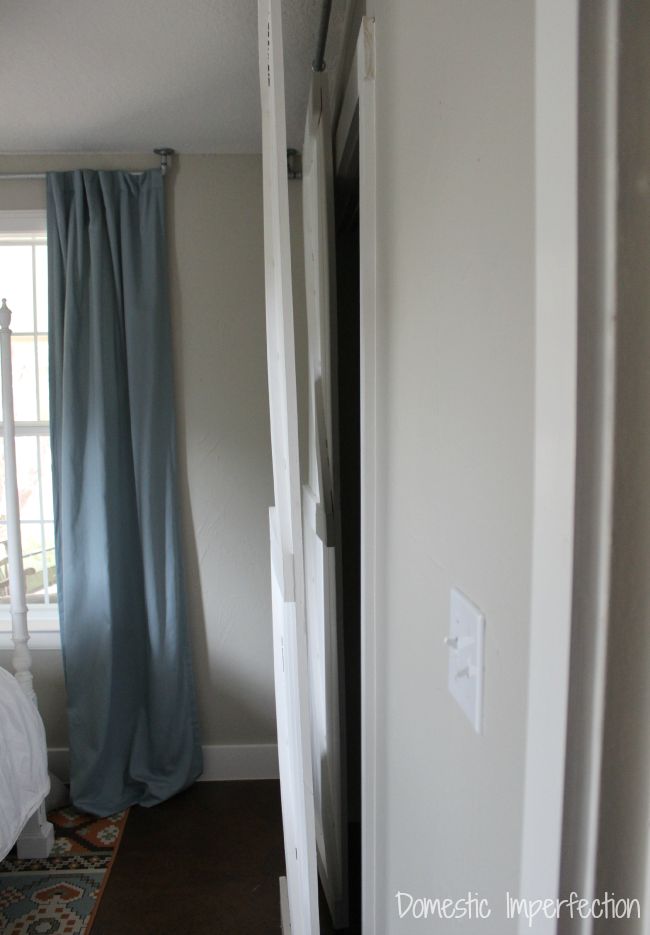 In order for the doors to pass each other two guide rails had to be installed. We made everything as compact and close to the wall as possible, but that still left the outer door almost six inches off the wall. In some rooms this might be okay, but considering the placement of our (on the same wall as the entry door) it looked…dumb. So dumb. 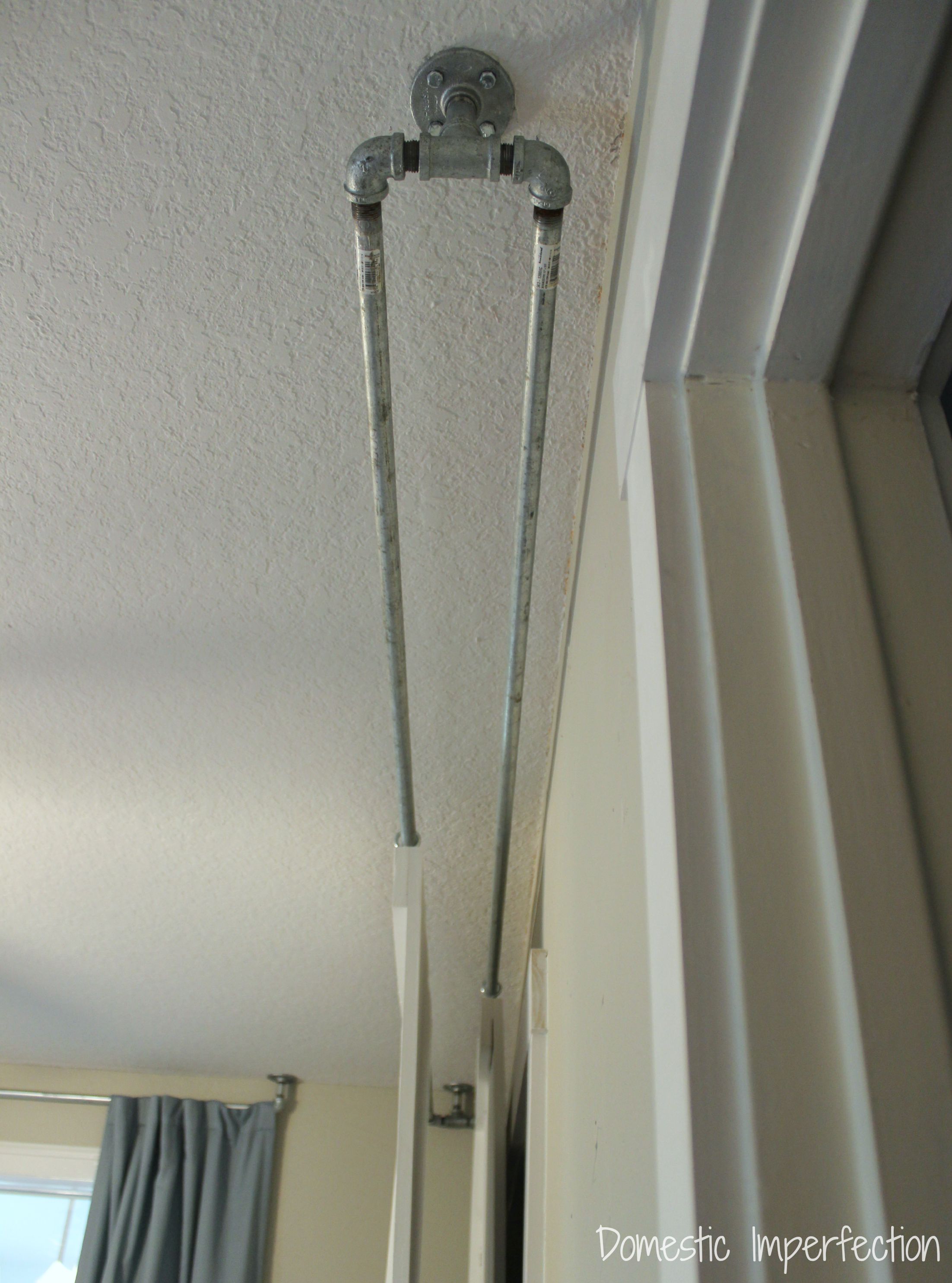 Third, the wheels scratched up my floors the first time I slid them (they’re made out of paper though, so no real surprise). 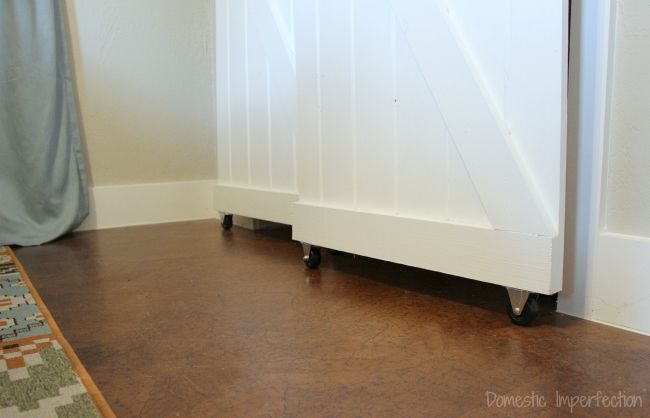 None of those even matter compared to this last one though. 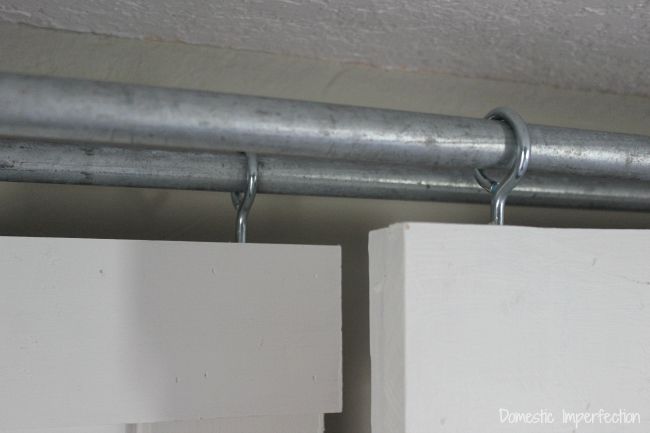 Those eye hooks are supposed to be guides that keep the door on track (they don’t hold the door up), and according to other DIY blogs I read before trying this, they shouldn’t make any noise. Now I’m not saying that they’re lying….. but they’re definitely not telling the truth. Either that or they have magical DIY powers that Adam and I don’t possess, because ours was like nails a chalkboard times 1,000. I should have recorded that noise too, so that everyone could experience the horror. It’s definitely the second worse noise in the world…the first being when someone eats a banana next to you and chews with their mouth open. The riper the banana the worse it is… I’m getting all twitchy just thinking about it. Bananas are gross.

Anyway, we removed the barn doors and hardware and put the old doors (that I took off years ago) back up.  I’ve been meaning to throw them away for forever, but never got to it. Good thing! 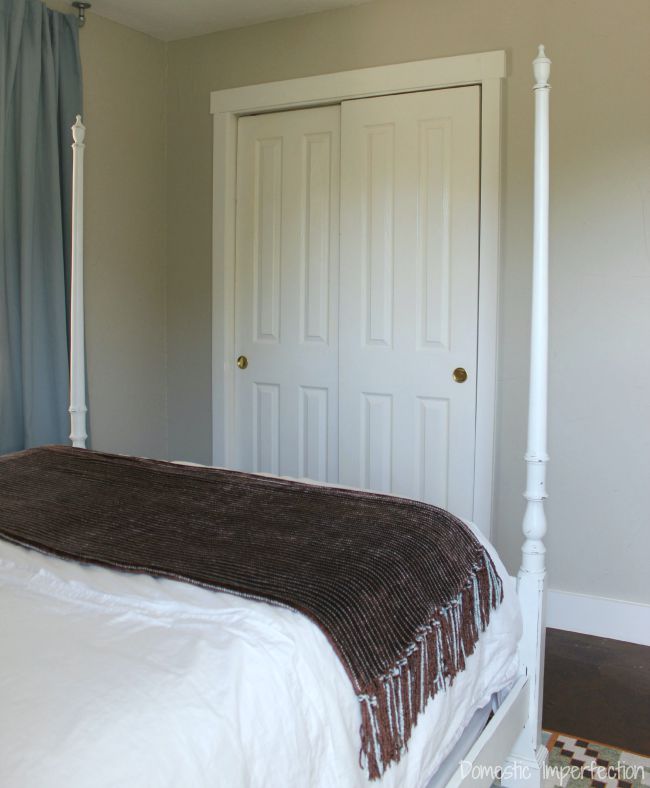 As we were talking down the barn doors Adam said “How much do you think this little adventure cost us?” And without thinking I replied “in time or money?” Haha…leave it to me to make it worse. So now all I’m left with is a pile of expensive piping I can’t return, some holes in my ceiling that need patching, and two barn doors with a “free” sign on them out by the road.

I still love barn doors and we have five planned for the new house. Guess what we’ll be splurging on? Yup, you guessed it…barn door hardware. The real thing.

Update – We did! Here is the post about the legit door hardware in the new house

Has anyone tried making their own barn door hardware? Any successes?