For years now the guest room has been black, white, purple, and yellow. It’s the first room I decorated when we bought our house, and while it was fun to do I stopped liking it a few years ago. 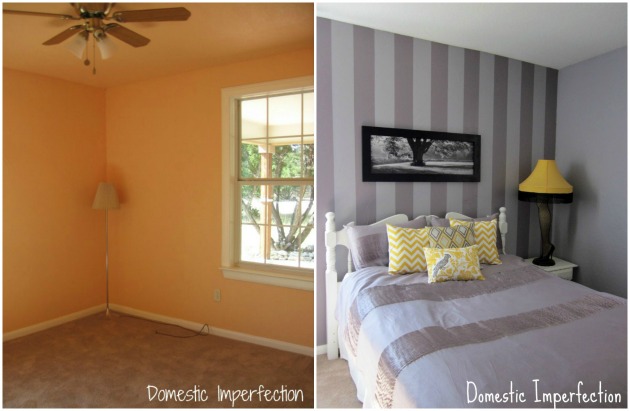 When we ripped out the carpet and swapped all the beds this summer, I decided to redo the bedroom. Because that’s what I do…start projects before other projects are finished. So far I’ve painted the walls, papered the floor (which I still need to blog about), replaced all the trim, and bought the anchor piece for the room. And now another important element is in place…the bedding. 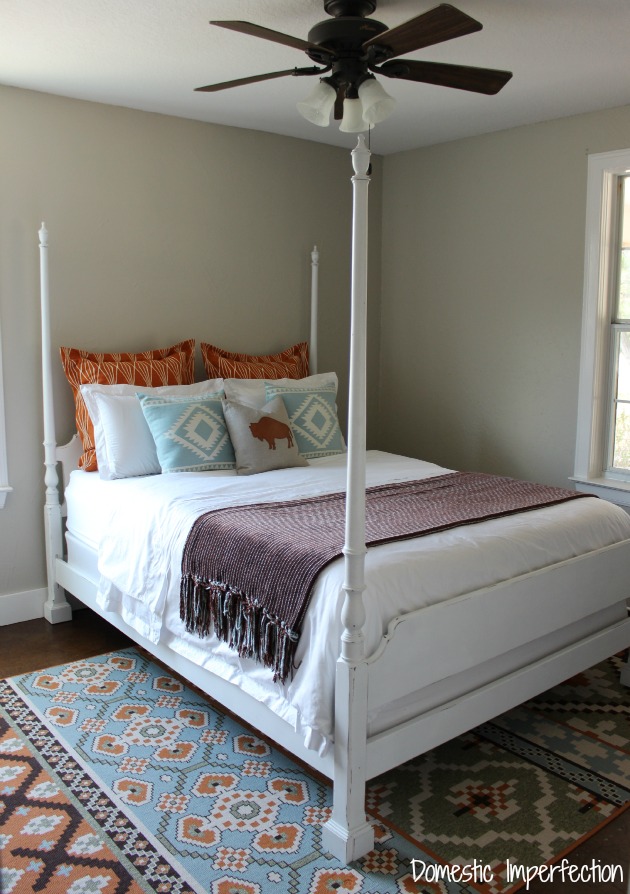 I had a hard time deciding what direction to go with the bedding. I quickly eliminated all southwestern duvets and blankets (or anything with a pattern) because I didn’t want anything to compete with the rug. So I decided on a solid sage green on smoke blue duvet and almost bought one…but then I wondered what I would do about pillows. We all know pillows are the most fun part about new bedding, so I backed up and decided to pick my pillows first. I started snooping around etsy and found a shop called Celine & Kate. She has tons of great pillows, and I automatically fell in love with these two… 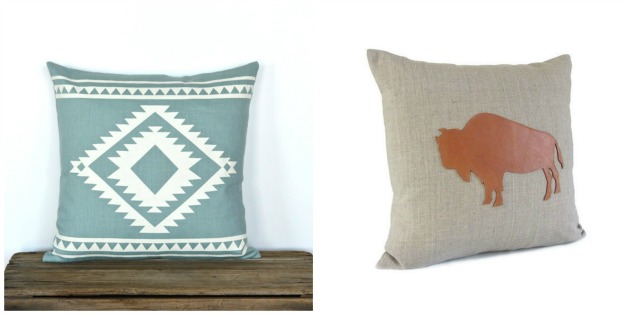 They were PERFECT. So perfect…except for the price. The price was fair, no doubt, but still way more than I would normally pay for a pillow. So I put them in my cart and tried really really hard not to buy them. But alas, I am only so strong. So I went ahead and pulled the trigger at $39 for the blue one and $48 for the bison one (aaaaand cue the Adam freak out.) Anyway, they are beautiful, perfect, and far superior to anything I could have made. I have no regrets Adam, no regrets. 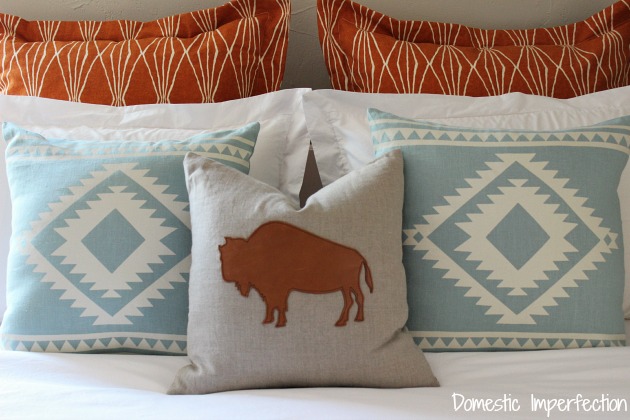 I needed one more set of pillows, as I decided to make a set of euro shams out of this fabric… 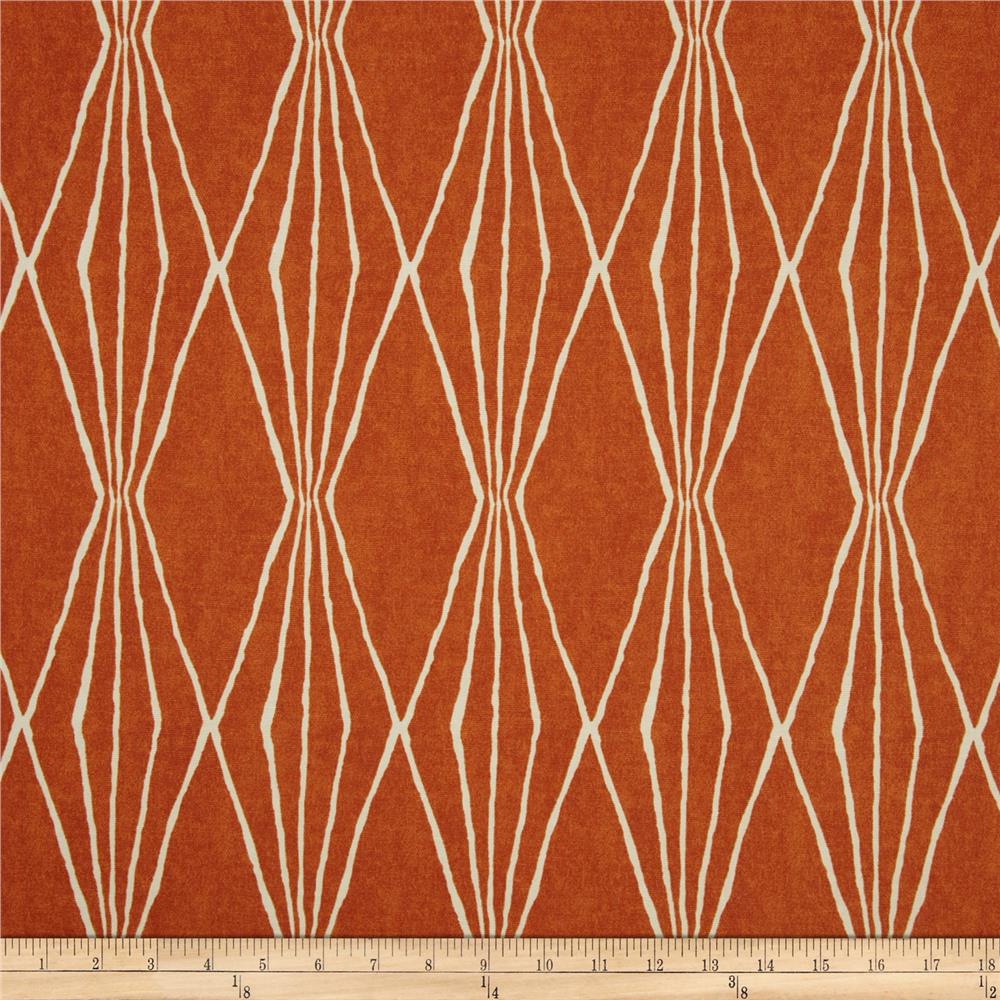 I’m writing a tutorial on how make these, but the fabric is Handcut Shapes by Robert Allen in orange crush.

I bought some new white sheets for the bed, because well, I always buy white sheets. I don’t think I’ve ever bought sheets that aren’t white. Oh, and to cover my ugly box spring I took the old fitted sheet, bleached the stink out of it, and put it over the box spring. Easy.

Now I had to make a duvet choice. As much as I wanted to buy a green one and pump up the color, I felt that a plain old white one would be a better choice. 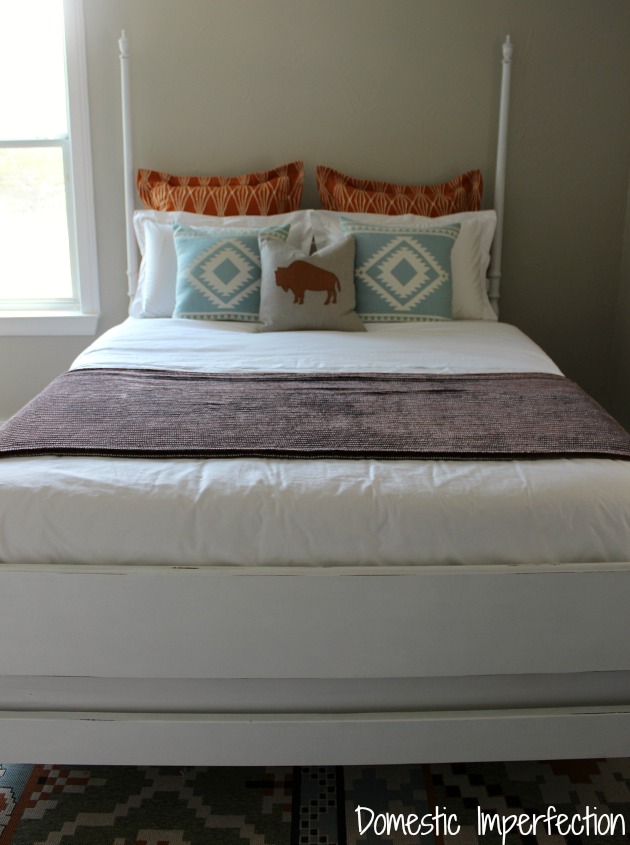 I started looking for a simple white duvet when Crane and Canopy (a bedding company) e-mailed me to see if we could work together. I chatted with Karin (co-founder of the company) and she was SO incredibly nice and helpful. She told me some stuff about sheets and bedding that I’ve never heard before, I’m going to paste a few snippets from our convo so that you may be enlightened as well…

Crane & Canopy- “I love the fabric our bedding is made from (it’s our own custom weave) – 400 thread count, extra long-staple cotton, single pick, single ply.  Seriously, the best thing ever and it only gets better over time.”

Me –“I’m excited about new bedding…we just upgraded to a king in our master and I bought (highly rated) sheets online and they suck. They’re scratchy and stiff, no matter how much I was them. So disappointing. If yours are as amazing as they sound I may be buying some in the future!”

Interesting, right? Don’t you feel smarter? And kinda like you’ve had the wool pulled over your eyes all these years?

I ended up getting their Linden duvet and shams in solid white, and it is definitely great quality. Way better than my stiff 600 thread count sheets in the master bedroom.  And it only got softer when I washed it. 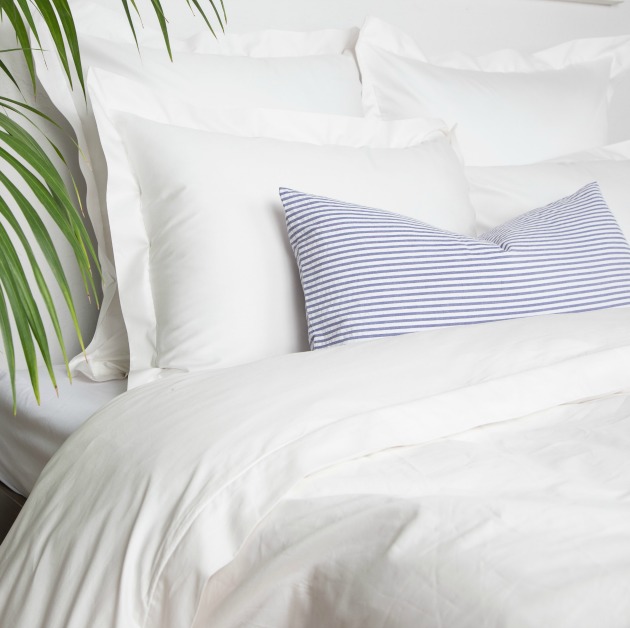 (Check out all their designs HERE, they have way more than solid white.)

The last part of the bedding ensemble is the throw blanket. This is actually an old blanket we’ve owned for years and just happened to match perfectly. 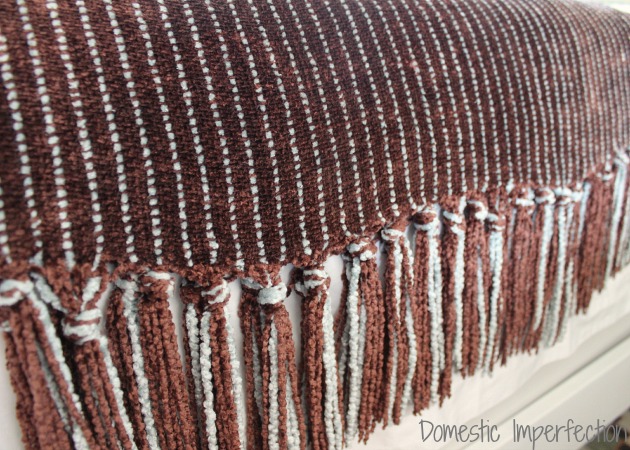 So that’s an update on the guest room. Ideally I’d love a rustic wood bed instead of the four poster one, but I’m using what I have. 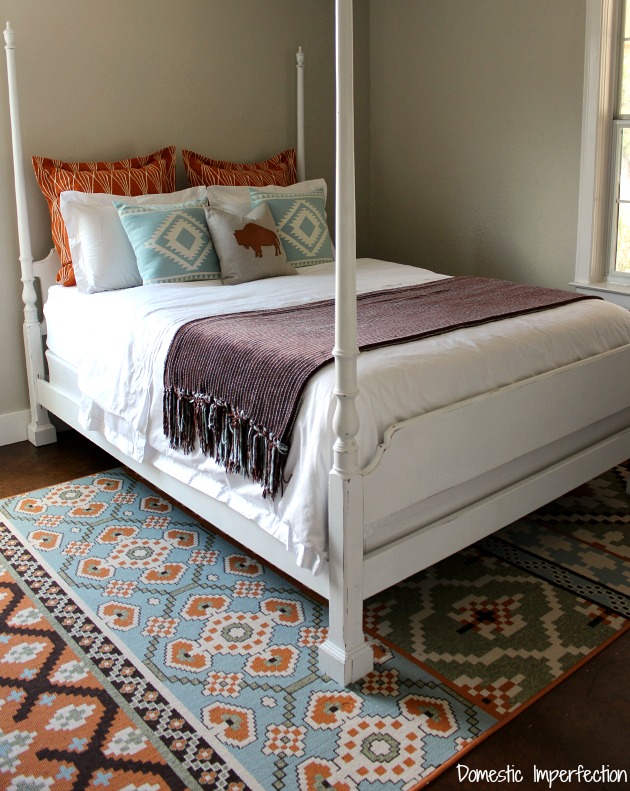 Looking at that picture I think I need to flip the rug…all the green is on the right side, which you don’t really ever see. I think If I flipped it the room would look less matchy-matchy. Oh, and I have a really fun accent wall planned for the wall behind the bed..it’s going to change the whole feel of the room. Okay, fine, I’ll tell you..but don’t get excited because it’s not actually on my project radar yet. I’m going to turn it into a stone wall! It’s going to be awesome.

*I received a free duvet cover and shams from Crane and Canopy in exchange for using and writing about their bedding. All opinions about their product are 100% mine.