Hey everyone! I just got back from spending some time in Atlanta at Haven, a blog conference for DIY bloggers. It was awesome… I met so many amazing people, learned a ton, and got to spend a few days away from my kids for the first time ever.  Other people cooked my food and cleaned up my messes….I loved it. Now I’m home and cleaning up my own messes…but I think my kids got cuter while I was gone, so it’s okay.

Before I left I had promised a post about the mirror and light in the bathroom, so here we go…

The bathroom already had a mirror but Adam and I ripped it off  to make it easier for stenciling. Then we realized that there was an extra, much larger mirror sitting in our garage… I bought a dresser off of craigslist to make into an entertainment center (which I hope to get to one day) and the mirror was just lying around, purposeless. 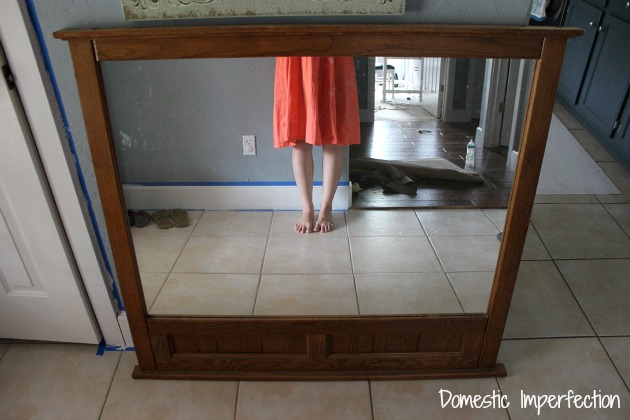 (You can’t keep secrets when your taking a picture of a mirror – I’m finally painting the trim in the entryway only a year after putting it up.)

So Adam and Elijah removed it from the frame. 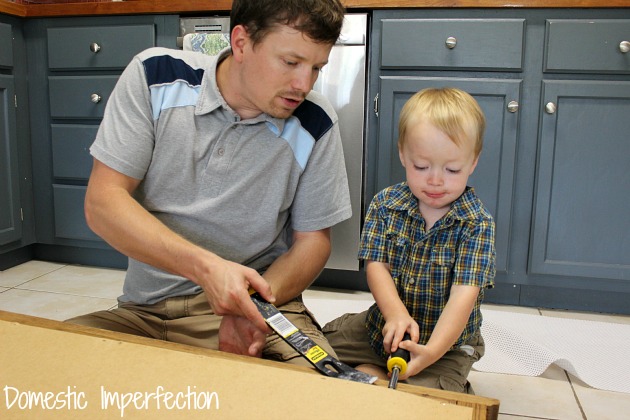 We could have just hung it up in the frame it was in, but we wanted the frame to match the rest of the wood in the bathroom (which is actually maple hardwood flooring).

Adam cut down the wood flooring down to the correct length, measured out where we wanted it on the wall and found the studs. Then he screwed in the bottom piece, set the mirror in it, and added the top piece, making sure at least one screw from each piece was in a stud. This held the mirror in securely, and the grooves in the flooring were perfect to hold the mirror. 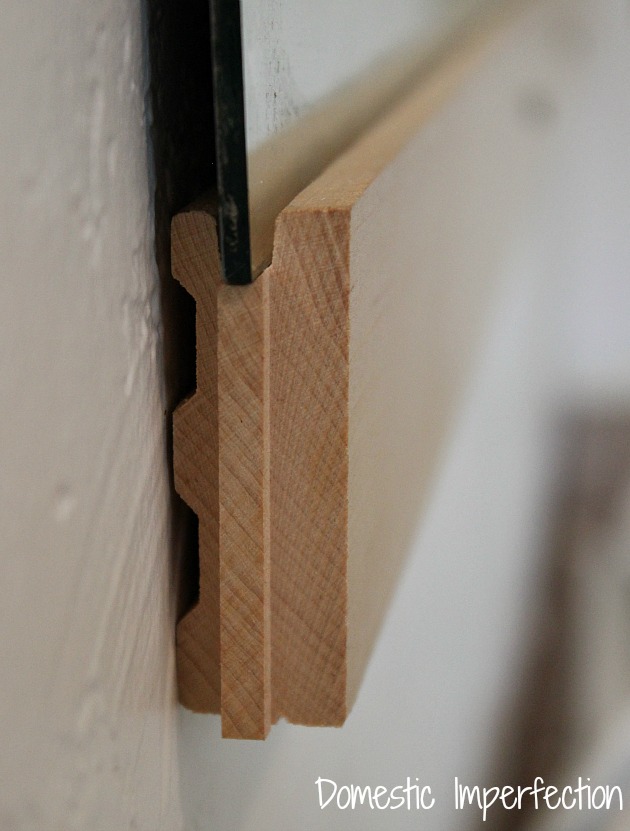 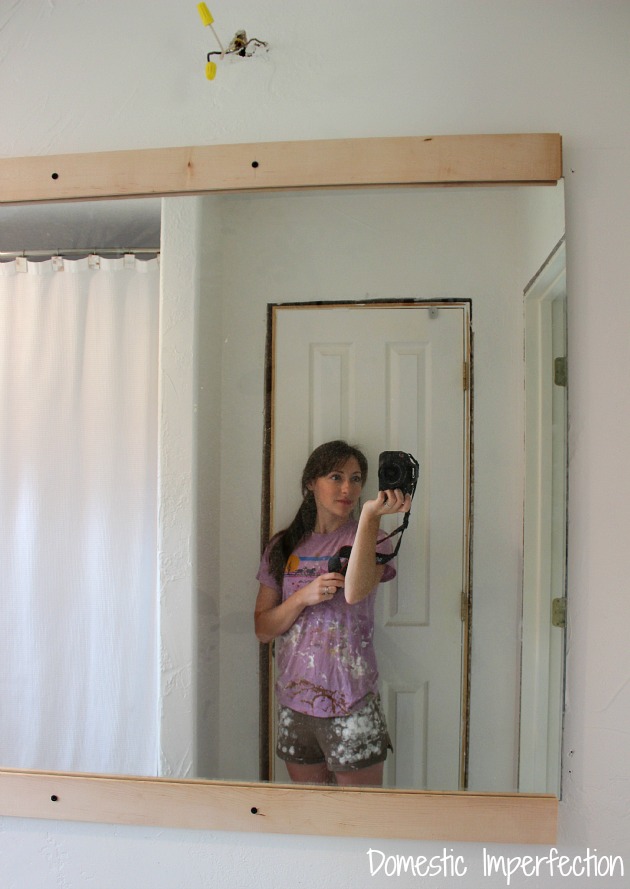 Then we took it all down and I stained and sealed the wood then put it all back up again – adding some caulk to the back to keep it from rattling. 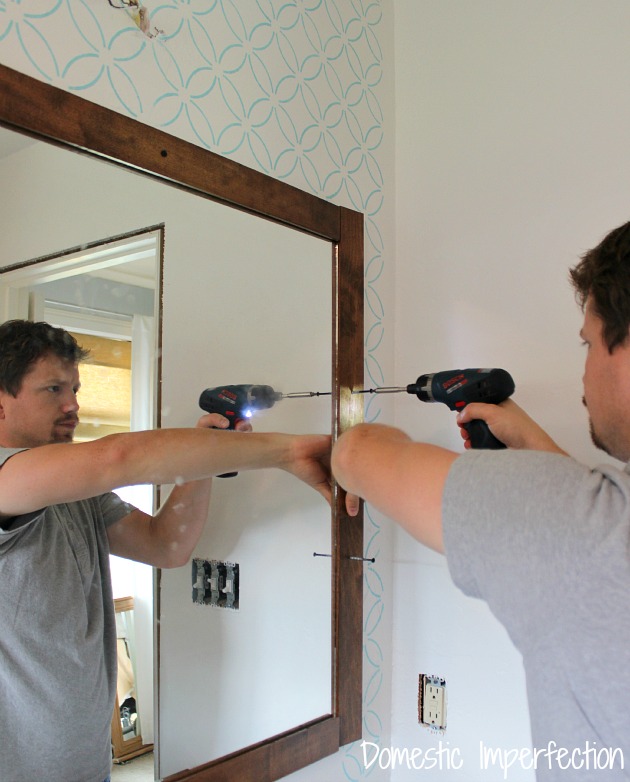 Adam had put some brad nails in the frame which ended up needing to be removed, which left us with some holes that needed to be filled. Did you know that Minwax makes pre-stained wood filler? I had no idea until I stumbled across it in Home Depot a coupe weeks ago. 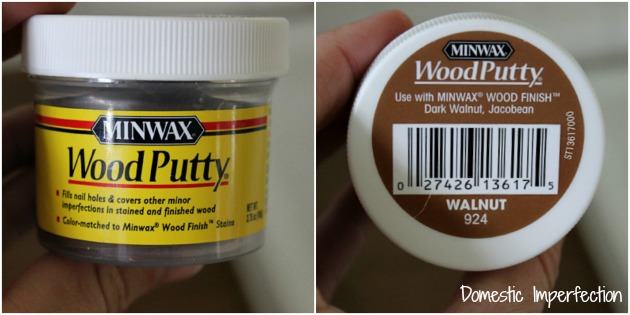 It made it easier since I had already stained the wood. It’s not perfect (since I had mixed stains), but perfection is overrated anyway. 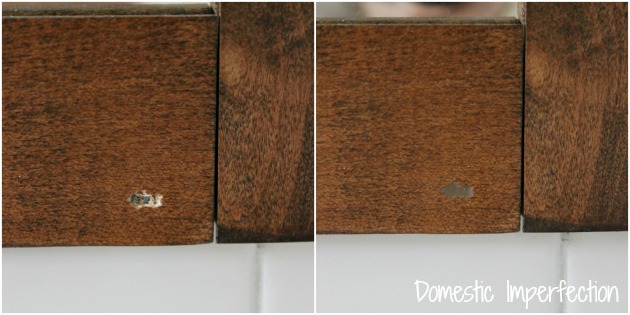 Then I decided that the screws in the frame looked terrible, so Adam suggested we replace them with silver hex screws. 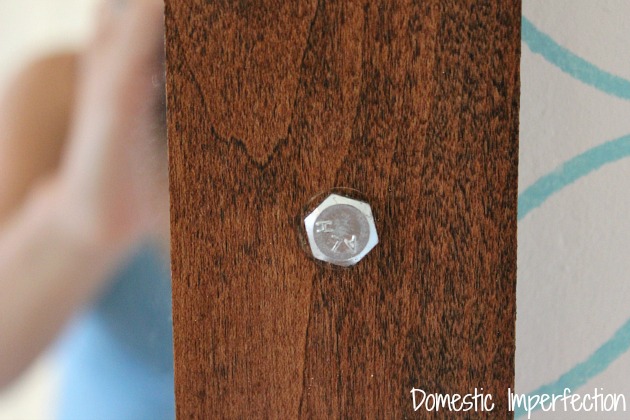 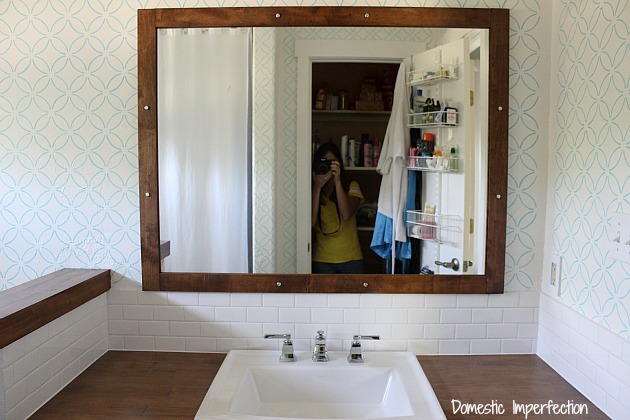 I love the hex screws though, they give it a fun industrial vibe. It looks a little rebellious…like a super friendly goth kid. I dig it.

The galvanized barn light is from Lowes and is the same one we used in the other bathroom. 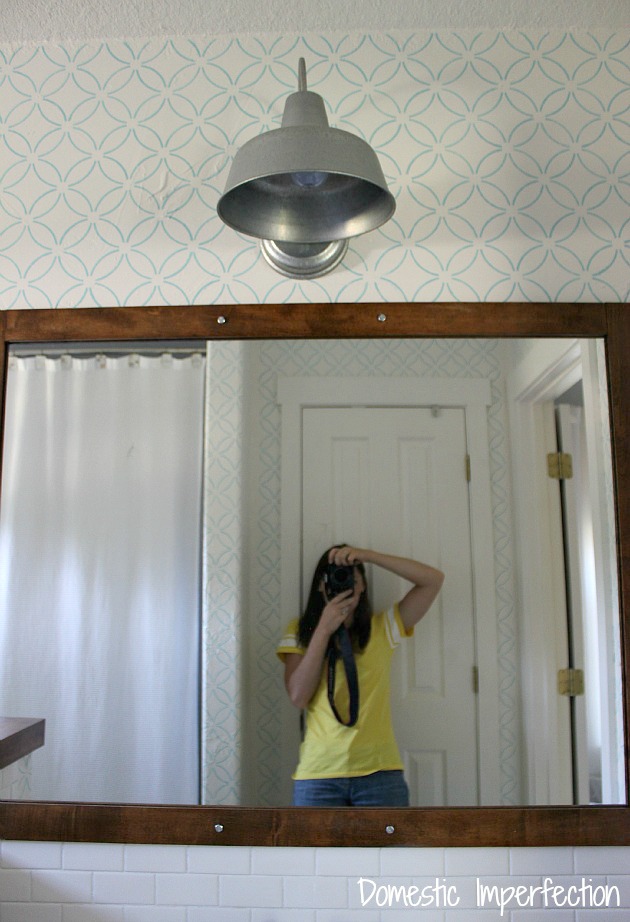 I know that real designers would say this is a terrible fixture for a bathroom. Bathroom vanity lights should have multiple bulbs that face upwards, so that the light bounces off the ceiling, creating less shadow and glare. Our light is the opposite of that, it’s a single beam that shines down on you and makes you look like you haven’t slept in 17 weeks. Okay it’s really not that bad, but for you gals that have (get) to wake up early for work every morning and put on makeup…it might not be the best choice.  I don’t do that, by the time I have to put on makeup for church on Sunday the sun is up and I don’t even need a light. Plus it matched the look I’m going for and is super budget friendly (you can buy it here at Lowes.com)

We had to move the light to the left to have it centered over our new vanity and mirror, which left a hole in the drywall. I’m not going to give you a hole fixing tutorial, but I did make this collage of the process which should be pretty self-explanatory. 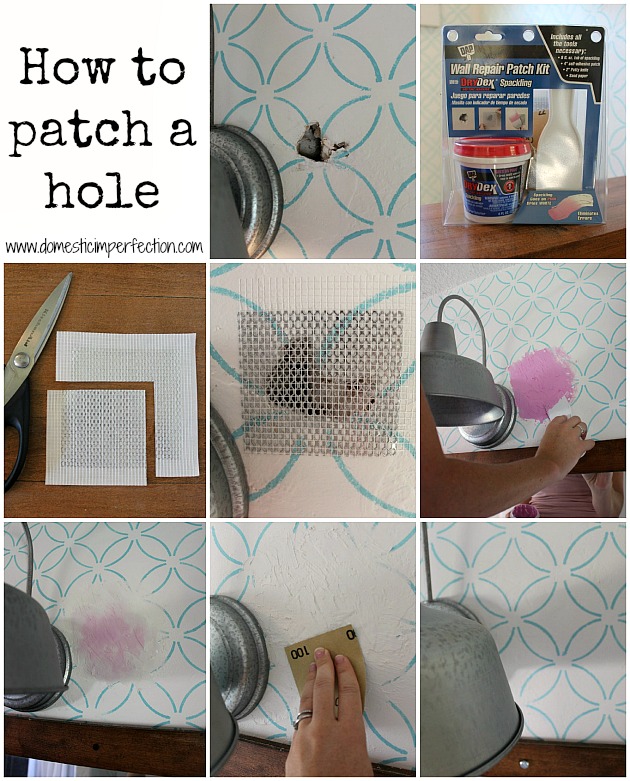 And that’s the mirror and light, next post will be a tutorial for the subway tile…cheater style. 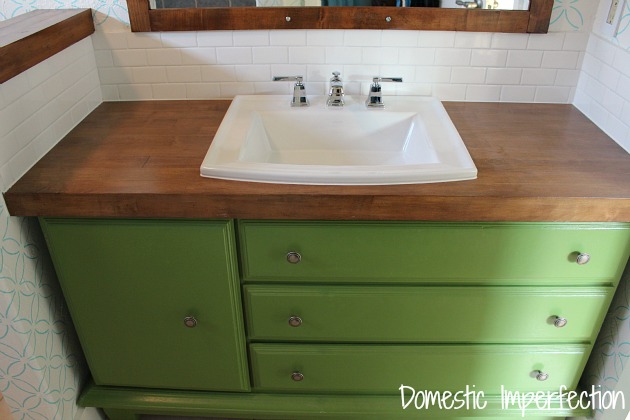 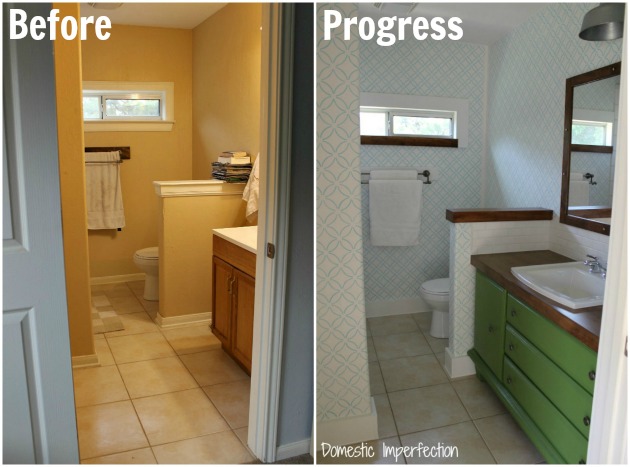 « Birthing a Stenciled Bathroom
The Easiest Way to Tile a Backsplash »