Every summer I have high hopes of blogging and doing home projects with all four boys around, and each summer I fail horribly. So this summer I wizened up and just decided not to worry about the blog or getting anything done on the house. If it happened, great, if not, that’s fine too. And you know what? Nothing got done, and it was great.

Anyway, now that the kids are back in school (two in elementary school and two in mothers day out two mornings a week) I’m refreshed and excited to get back to projects and blogging. Before we do that, let’s do a little summer recap, shall we?

We took a few trips this summer, and the first one was to Flordia for a week. We rented a car and drove, taking just the older two boys. Two kids is so much easier than four, and Adam and I want to be able to enjoy some time with the older boys without little ones hogging all the attention. We stayed with friends and had the most amazing time….anyone remember Kelly and Andy from the DIY blog View Along the Way? She doesn’t blog anymore, but her archives are still there (and awesome). They are also building a custom home right now, and if you want to follow along you can keep up on Instagram! They are just getting to the fun part, picking out tiles and paint colors and all that jazz that gets people like us all excited. Here is a smorgasbord of photos from that trip… 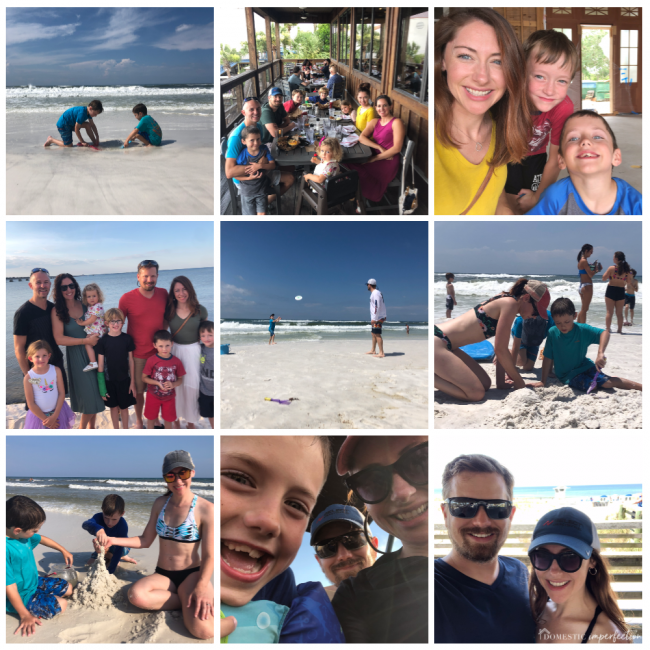 In July my older boys (they were the real winners this summer, they did a ton of stuff!) also went on a weeklong road trip around New Mexico with Adams mom and step-dad. They had all sorts of adventures, which I witnessed via photos – 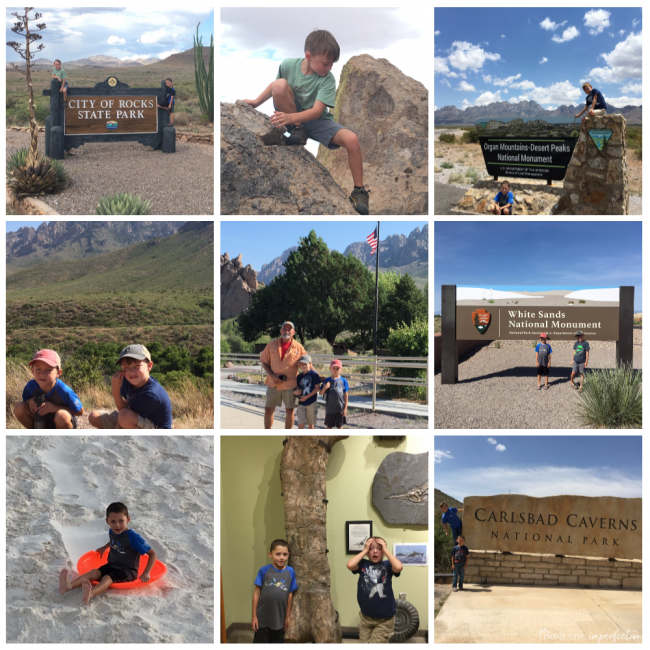 Then a few weeks ago Adam and I spent a week in Cancun, at an all-inclusive resort as a late 15th wedding anniversary celebration. It was awesome and we did absolutely nothing… just lounged around, ate and drank too much, and didn’t get called Mom or Dad for six wonderful days. We took two pictures the whole time…one on the plane, and one the morning we left after realizing we hadn’t touched our phones or taken any pictures the entire time. 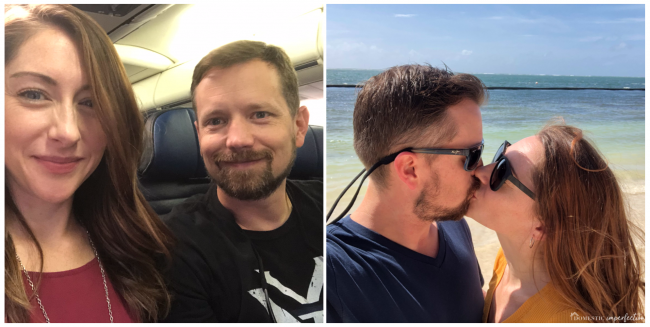 Other than that we had lots of swimming days, days where we did nothing, and days where I almost pulled my hair out because the boys would just not. stop. fighting. My boys also went to four? Five? VBS camps in an attempt to keep them busy. It sounds helpful to have them go to that many camps but it’s really not, since only my older two boys are able to go and it’s only for three hours each day. But they love it, so I’m all about it. 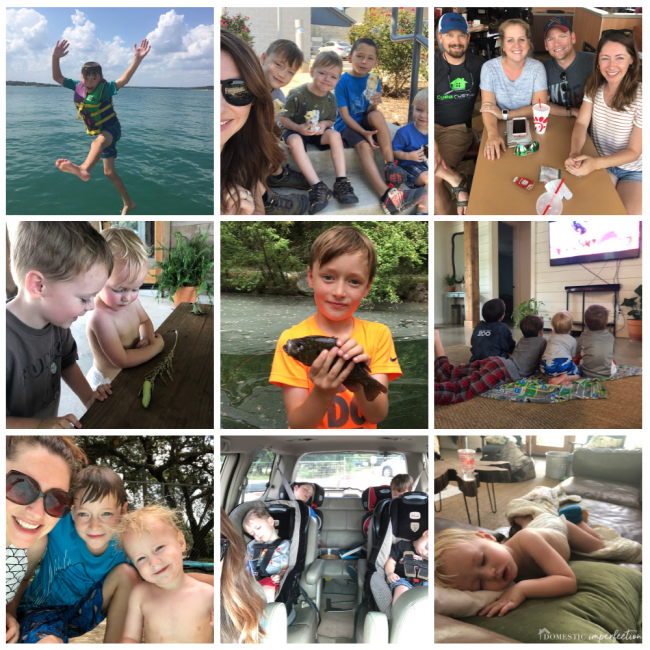 My two year old also managed to color on every surface in the house over the summer, so that was fun. He’s adorable and sweet, but holy crap does he get into stuff. He’s a small sample of his artwork (yes, that’s pen on my leather couch…more on that in the next post). 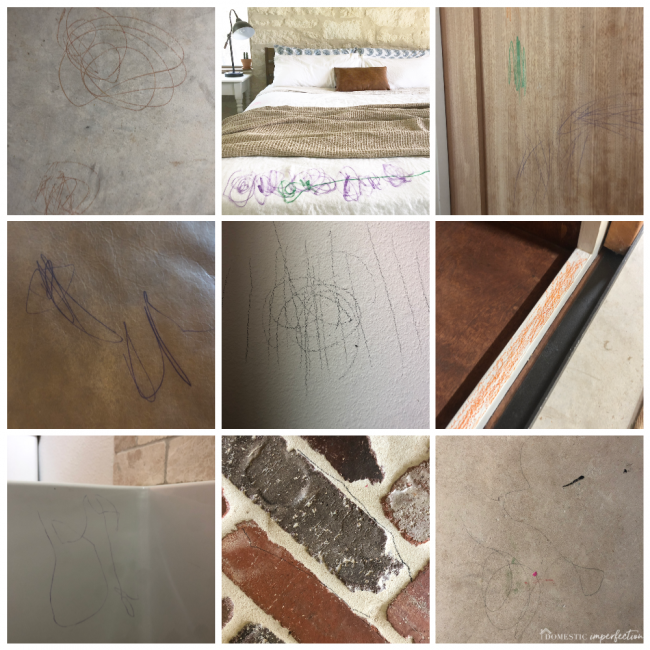 Also, some news. Adam and I finally got tired of owning super old cars (both were 03’s), so we decided to sell everything and start over. So we sold both of our cars, Adam’s motorcycle, and the RV. Yes, the RV that we just remodeled. We camped in it a handful of times (and it was used as a guest house constantly), but Adam and I decided that we jumped the gun when we bought the RV, by about five years. We have lots of great memories from camping in it, but mostly it was just hard. The kids are just too little, we can’t do family activities because they can’t all ride bikes, swim, hike…anything really. Naptime in the RV was the worst, and no one slept at night. It got to the point where Adam and I would be planning our weekends, and all I was thinking was “please don’t want to go camping”. When he admitted to thinking the same thing it took us about thirty seconds to decide to sell it. 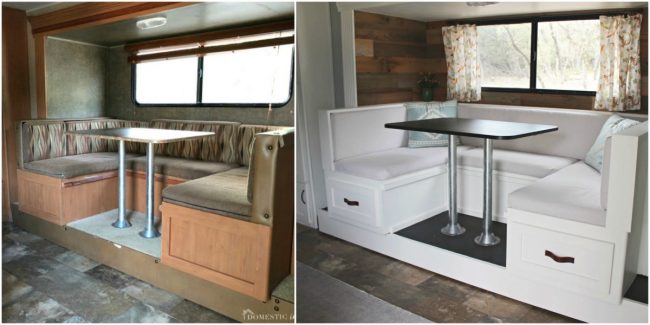 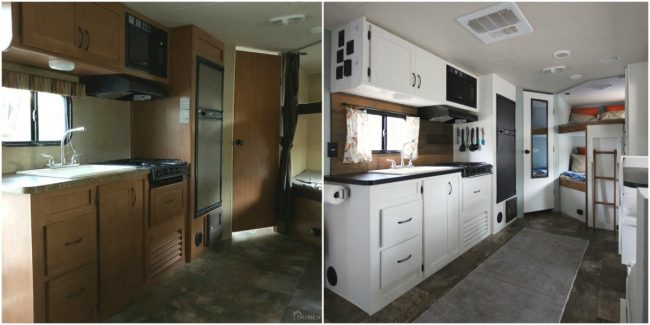 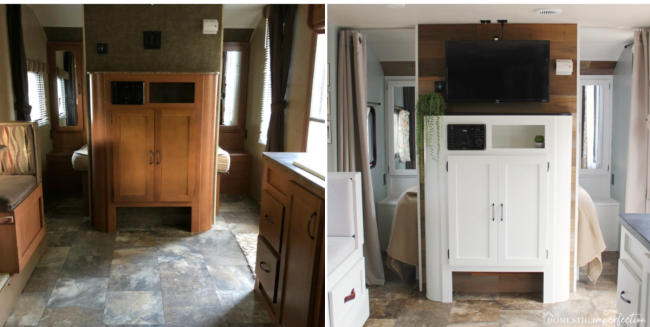 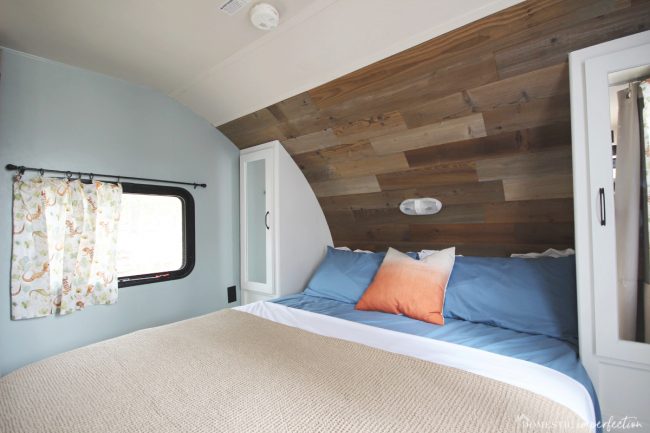 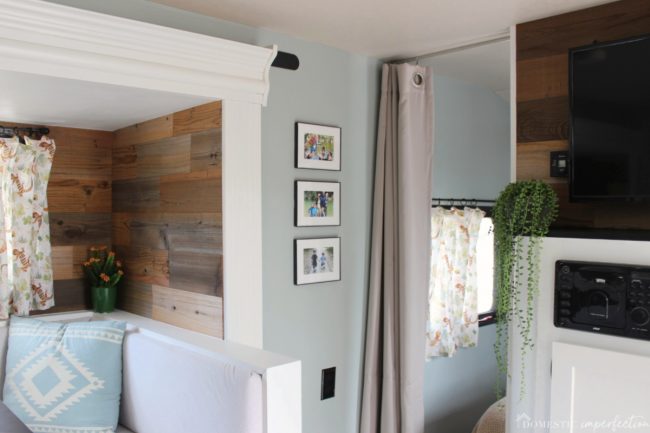 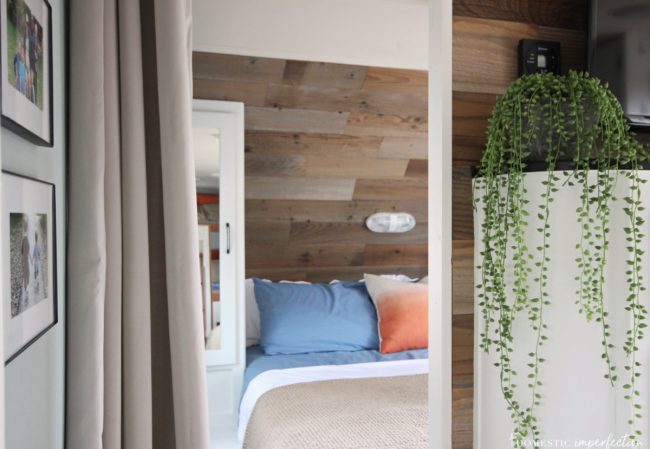 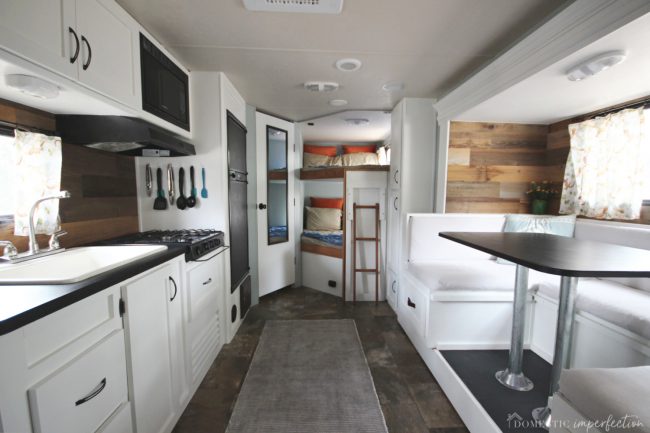 We agreed that we have zero regrets about buying it or remodeling it, and will likely buy another in the future…when it will be more fun than work. Anyway, we made a profit and used the money to buy two new (well, less old) cars. I just had to get that off my chest, since so many of y’all followed along during the remodel. If you missed the series you can find the reveal post here, which also has links to each individual project/tutorial.

Anyway, that pretty much sums up our summer! It was great, but I’m also really glad to have the kids back in school and get back to our routine. I’m also super excited to get back to projects, which is a nice change of pace…Adam and I were feeling pretty burned out earlier this year. If you follow me on Instagram you’ve seen that we are working on the laundry room again, so those projects are what you can expect on the blog next. It will be nice to have another room in the house completly finished!