A couple of years ago I wrote monthly “Ramblings” posts where I talked about things not related to DIY. I would just write about what happened that month…mostly it ended up revolving around my kids. You know, the kind of post readers either really look forward to or dreaded and skip over. Anyway, the last ramblings post I wrote was in October, and I’ve basically been an enigma shrouded in a mystery ever since. So let me update you on the last nine months here at Casa Domestic Imperfection (it sounds like I’m about to tell you I had a secret baby, but I promise you that’s not the case).

Last October my husband Adam decided to quit his cushy nine-to-five office job to enter an intense eight month police academy. I wrote all about it in this post, but he was going to be self-sponsored…which basically means he was paying his own way through and didn’t have a job lined up on the other end. It was a big scary step, but necessary…Adam needed to be doing something he was passionate about and wanted to be in a job he planned on staying in till retirement. So he quit the easy office job, and so began eight months that were so much harder than we anticipated.

Adam said being in this academy was the hardest things he’s ever done…and that’s coming from a guy that has been through lots of Army training and spent two years fighting in Iraq and Afghanistan. He was gone before 5am each morning, home around 6pm (or later), and in bed by about 8:30 (and thats only because I begged him to stay awake and hang out with me).  He was exhausted all the time, and stressed. We didn’t have time for anything extra and certainly weren’t doing any projects. So if you’ve noticed that the content around here has been lacking, you’re not wrong. The blog has definitely taken a backseat, and that’s okay. This blog is about my life and my home, not vice versa…so when life gets crazy it’s the first thing to go. Well that, clean laundry, and general tidiness and order. I won’t bore you with all the academy details, but suffice t to say that it was long, exhausting, and included a lot of injuries. Adam graduated about three weeks ago and I can’t even tell you what a huge relief it was. It’s so nice to have my fun, smiling, laid-back husband back. He even volunteered to do a project the other day and I was all “I want a deck!”, and he was all “okay.” I’ve missed him :) He is going to make a great police officer…the fair, honest, hard-working, non-jerk kind that you want looking out for you. 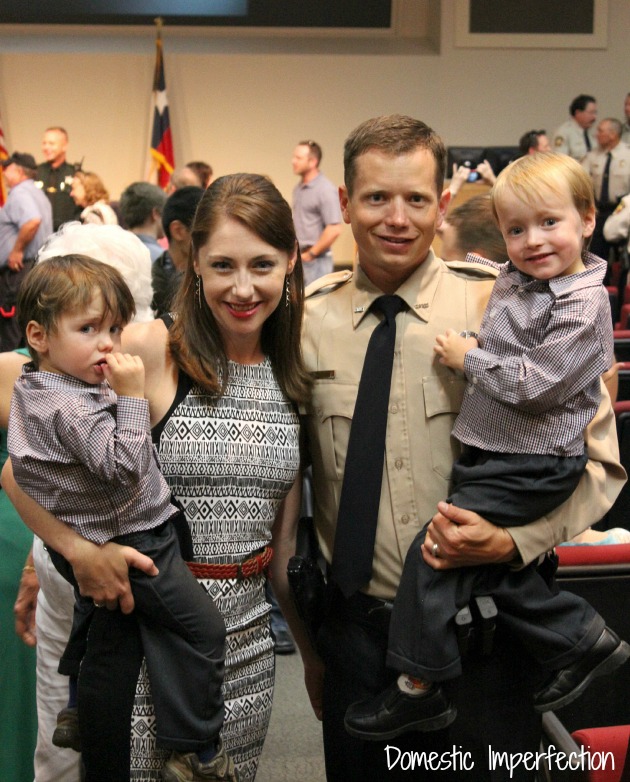 A few good things did come from his crazy academy though…the most important is that Adam is …*ahem*…looking mighty in shape these days. Secondly, he landed a job. We were a little worried about him not being able to find a job immediately, but he did and we are very grateful. Now I just have to get better at saying goodbye and not worrying about him all the time…you’d think that after 6 years with the Army I’d be good at this, but I’m not.

So that is what we’ve been up to these last nine months. We squeezed in a few other things, here are the highlights…

* In January Adams’ youngest brother got married. It was a beautiful wedding, my new sister-in-law is awesome, and my boys were the ring bearers.  Just look at the cuteness… 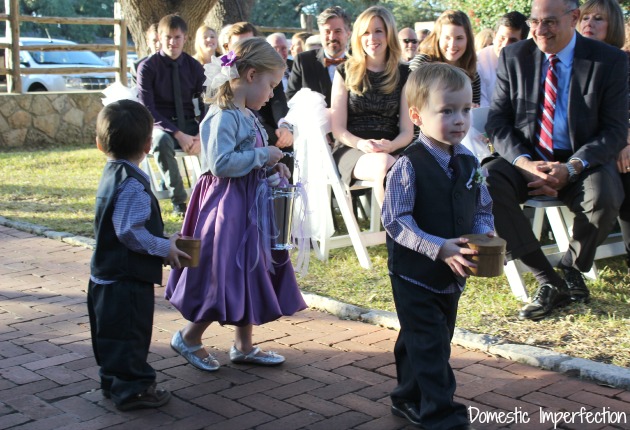 Elijah was zeroed in on getting his ring to the best man (which happened to be my brother), but Levi was really concerned that the flower girl was leaving all her petals behind. He made sure to pick them all up on his way down the isle.

*Last month Adam and I celebrated our ten year wedding anniversary. It seems insane to me that it’s already been an entire decade, but then I think back to all we’ve done and it doesn’t seem crazy at all. In the last 10 years we’ve…. moved 6 times (with a just as many “mini moves” in between), spent over three years apart, made it through two deployments, earned degrees, had two kids, bought (and paid off) a house, collectively had eleven jobs and eleven vehicles, and been to 23 states and five countries. It’s been a busy decade and there is no one I would have rather spend it with. Happy ten years baby. 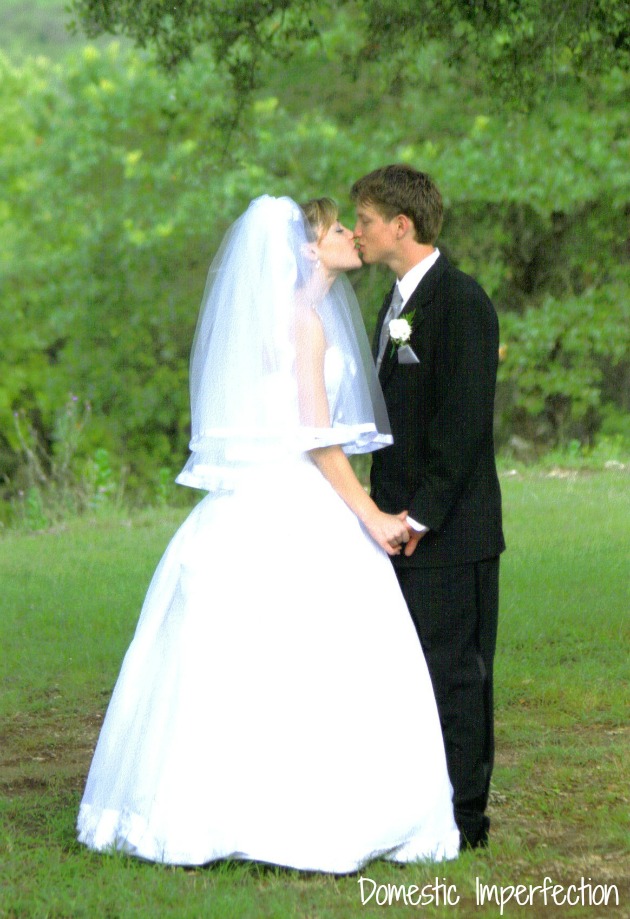 *Two weeks ago I became an aunt again! My sister-in-law Jaime had her second child, little Chandler. His older sister is Mallory is 19 months old, which puts Keith and Jaime’s kids at the exact same age gap as mine. Which means that within a few short months Jaime will have completely lost her mind. 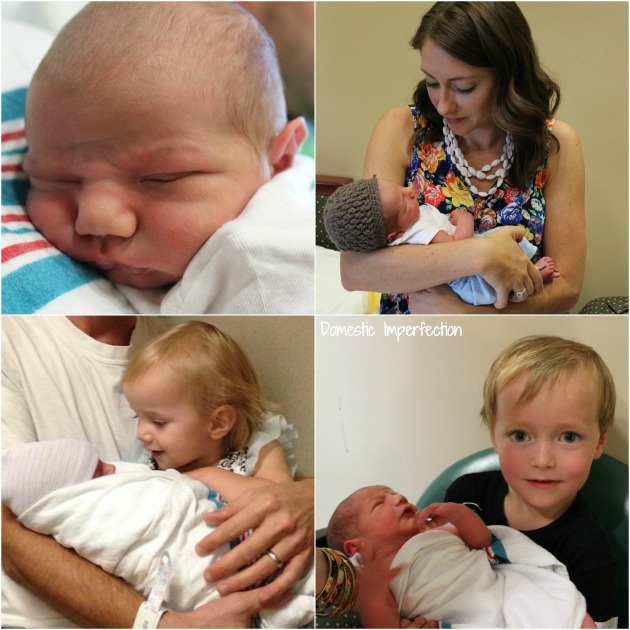 *I just upgraded from my old dell and went ahead and splurged on a new macbook pro. I’ve never had a mac before, but I immediately noticed a few things…1) it’s completely amazing and I love it 2) iPhoto, iMovie, and general Mac media storage make me want to throw my computer against the wall 3) I have a lot to learn before I can use it efficiently. Also, the first time I pulled up my website on the mac I quickly noticed that my pictures looked terrible. They are really dark and kinda orange tinted. They always looked pretty dang good on my dell, but since this is a better computer with the new retina screen, I’m going to go ahead and guess that this one is correct. Anyway, sorry If I’m been bombarding y’all with dark, orange, cringe inducing photos for the last three and a half years. I had no idea.

* My kids (you knew this post would eventually end up here). They are adorable, exhausting, and growing like weeds. Elijah turned four this spring and Levi is creeping up on three. They are best friends…and worst enemies. They fight like it’s their job, but sometimes, they play together happily for minutes at a time. I’m learning everyday just how different they are, their personalities are as opposite as their hair color. Just because I’ve successfully led Elijah through a tough milestone doesn’t mean I have any idea how to handle it with Levi. Elijah eats nothing, Levi quite literally will eat anything. Elijah goes to sleep early and wakes up late, Levi is somehow both a night owl and a morning person. Elijah is sensitive and will sulk if you talk to him even slightly harshly, Levi couldn’t care less about trivial things like punishments and feelings. Although they do have a few similarities…they both have an intense love of wresting with dad, grandparents, and Wild Kratts. Oh, and they both refuse to let me give them haircuts, hence the reason they look like shaggy little rascals. I’m seriously considering shaving both their heads so I won’t have to fight with them about haircuts for a while. 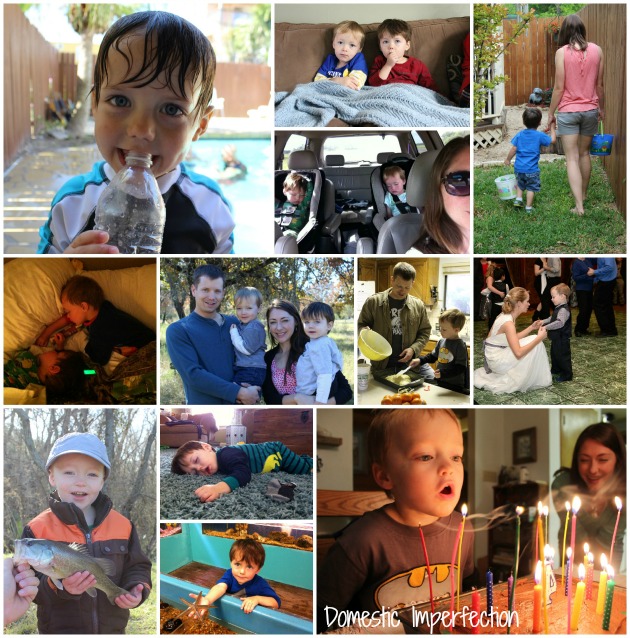 Levi is at the age where he is either being super adorable or a champion whiner. We are working hard to knock that out, and when he flashes you a big cheesy grin he is so insanely cute that you just want to give him the whole world. Especially when he looks up at you and says “I love you and I won’t say I hate you” (cause that was a thing for a while). He loves to sing too, and his little two year old voice kills me…

Elijah has turned into a full on conversationalist. He will talk to anyone, anytime. He will talk to stuffed animals, himself, bugs, toys, whatever. He invites strangers at the grocery store over to our house to play, or tells them “if you come over to my house my mom will cook you dinner.” He has insane amounts of energy, but in most ways he is getting easier. Unlike Levi he does not like to sing… he likes to make up stories. He is always up for telling you about how he rode his motorcycle to the castle, slayed the dragon, saved the princess, punched a tiger, and then ate an apple (actual story he told me this week). He will also bust out some sweet dance moves at a moments notice…

So that’s an update on us. Later this week I’m flying to Atlanta for the Haven blog conference and am looking forward to getting a three-day break from the daily grind. I’ve started using Instagram again (after ignoring it for over a year), so if you want to follow along you can do so here. Oh, and that deck I requested? It’s actually happening! 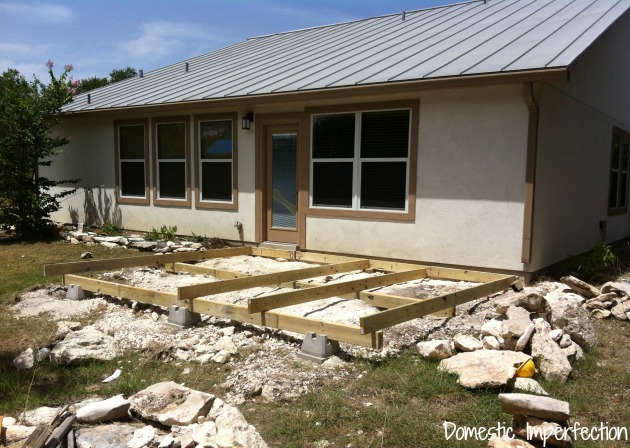