Today I have a project for y’all that is not actually mine. That is,  it’s not in my house, it wasn’t my idea, and I didn’t have to do most the work. I didn’t even take a single picture. So it was pretty much the easiest project ever, haha. Sometimes it’s nice to take a break from your own projects and blog about something that you didn’t slave over for weeks (coughpaperbagfloorcough). This project is actually in my friend Amy’s house, she had a ginormous blank wall in her dining room that needed….something. Something big. 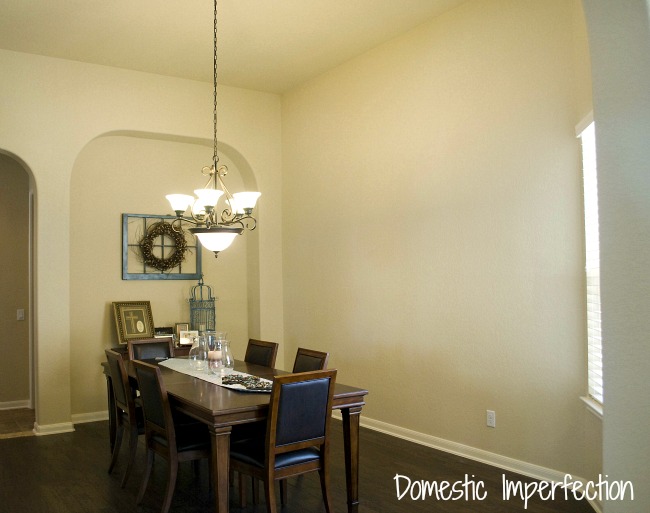 Amy had the idea to attach a bunch of shutters to it, and she proceeded to collect shutters like it was nobody’s business. Then she called me up and came over to help decide exactly what to do with them. 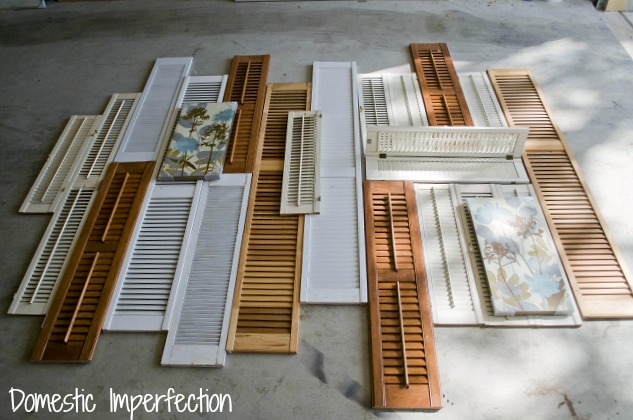 We ended up with the above photo, arranging them sort of random and stacked. We added the two pieces of art and pulled the colors out of those,  labeling each shutter with the color it would be. Then I left and told Amy to call me when all the work was done. (insert evil laugh here).

So Amy spray painted some… 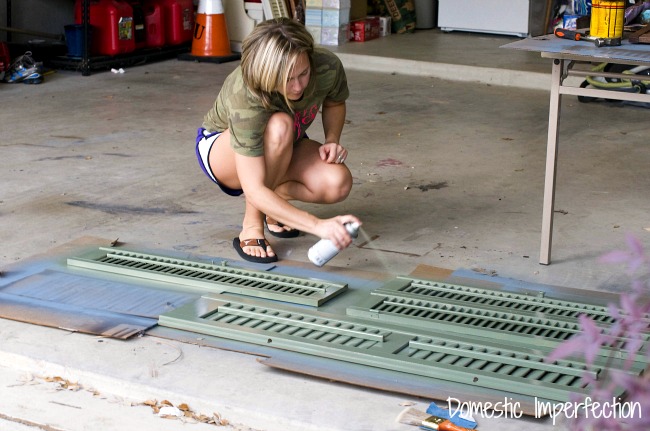 (On a side note, I’m pretty sure Amy can roll out of bed –  sleep in her eyes, pillowcase wrinkles on her face – and even then her hair looks amazing.) 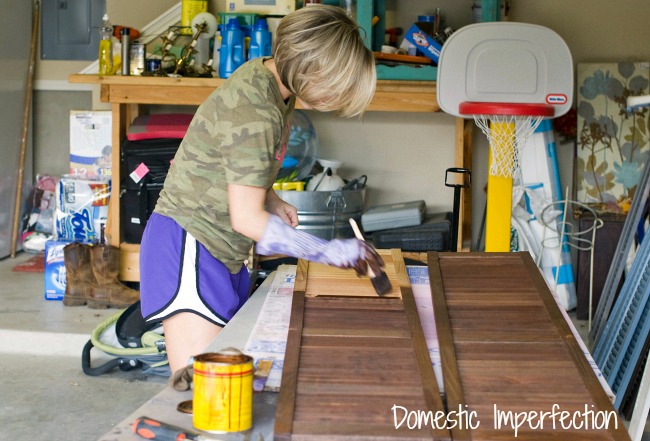 And she lightly distressed them… 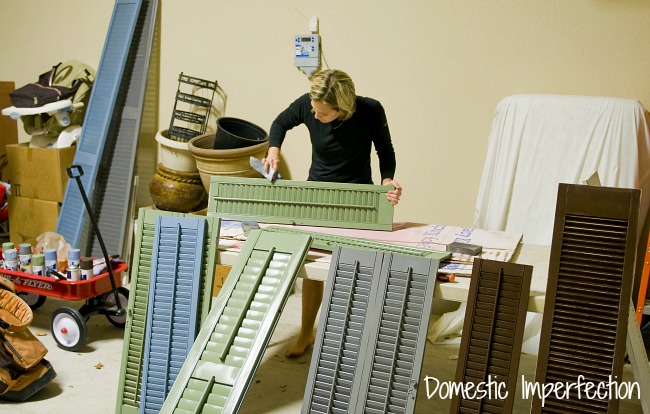 And then she called me up. 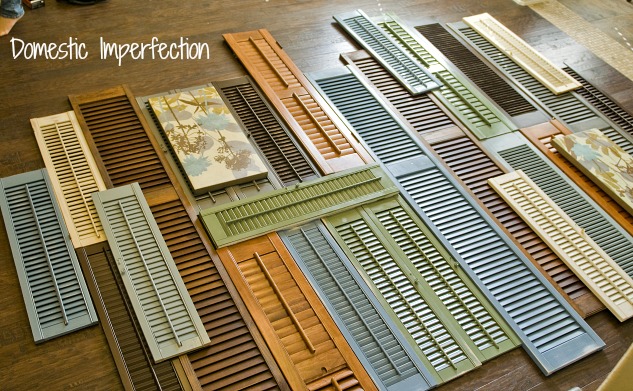 From there we pretty much handed the project over to Adam. I rounded up the whole crew and we went over after church on day and took over her house. We were in full project mode, which meant that Adam was doing most the work, I was trying to help and working the toddler rodeo, and my boys were busy wreaking havoc. 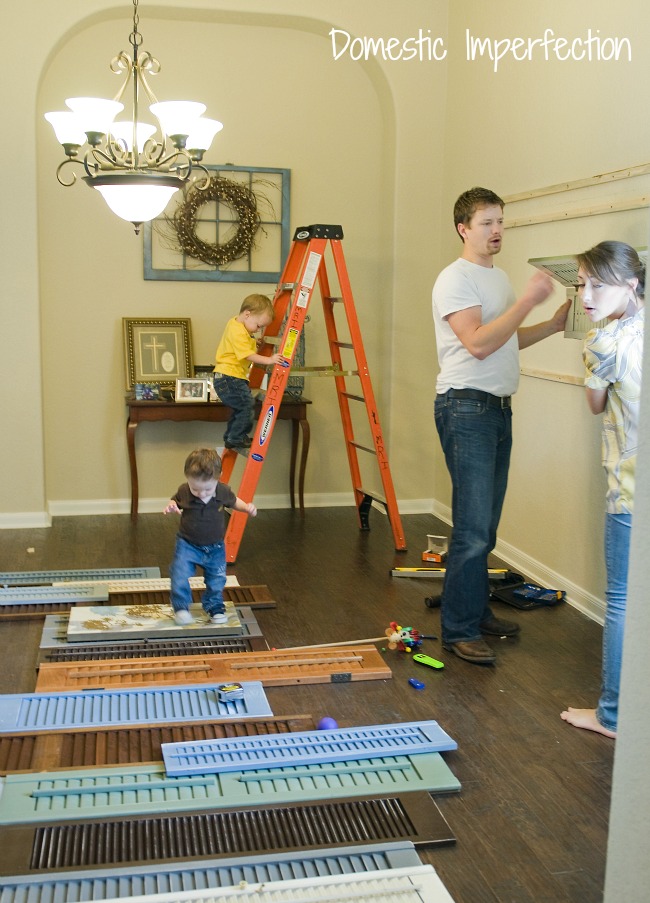 Amy (and her husband Mike, we can’t forget him) have a three year old daughter, and I just wanted to note that she was sitting nicely in her “shutter fort” , snuggling stuffed animals and watching the chaos. Not the whole time, but still….she didn’t even try to climb the ladder once. 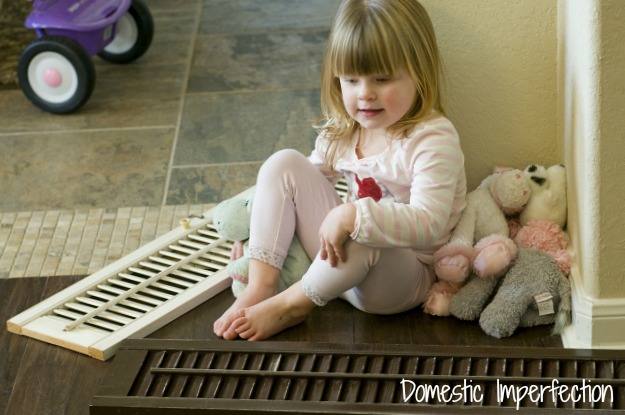 So anyway, here is how we put the shutters on the wall, it’s fairly simple.

First we used thin strips of wood and screwed them to the wall, making sure we went into the studs. They went nearly as high and just as wide as the shutter wall was going to be. 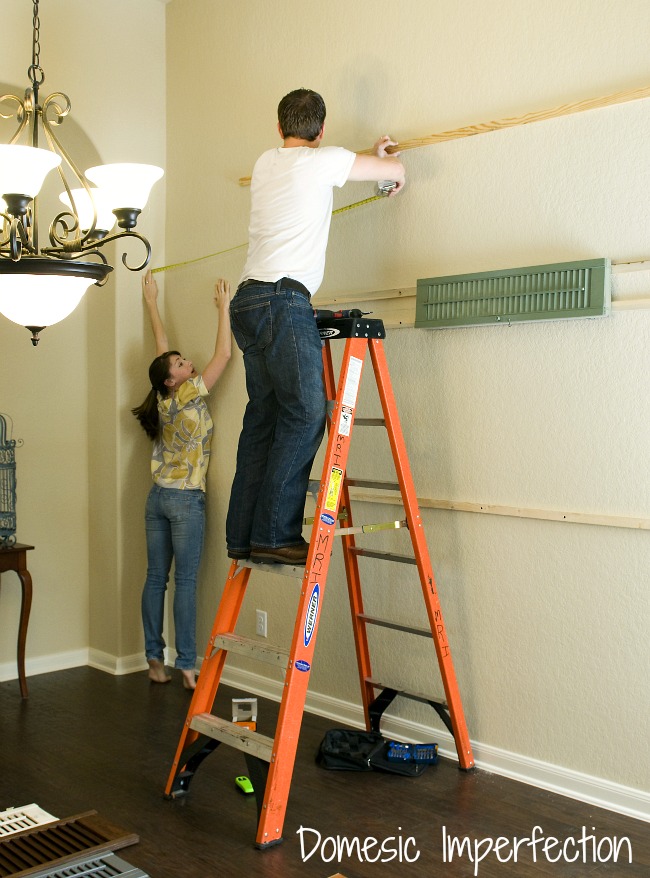 Then Adam screwed the shutters to the wood strips. Simple enough, right? 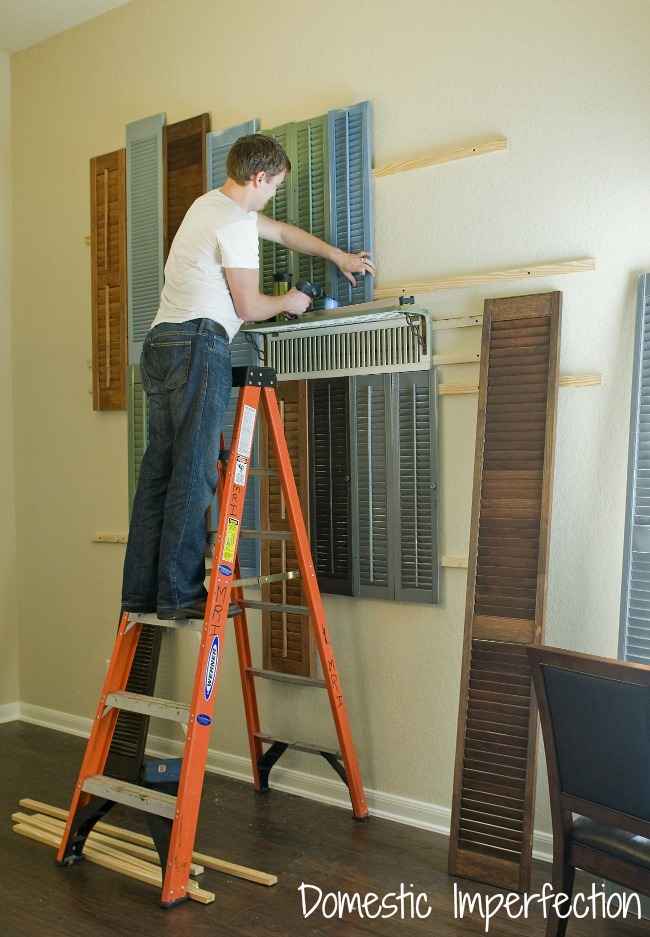 The reason you do this and don’t just screw the shutters to the wall is that you want them to go into studs, and without the wood strips that would be impossible. Now they are nice and secure and there is no chance of them being pulled down on a kid or crashing off the wall in the middle of the night.  Also, if you ever want to take them down there will only be few holes to patch instead the wall being completely peppered with screw holes. 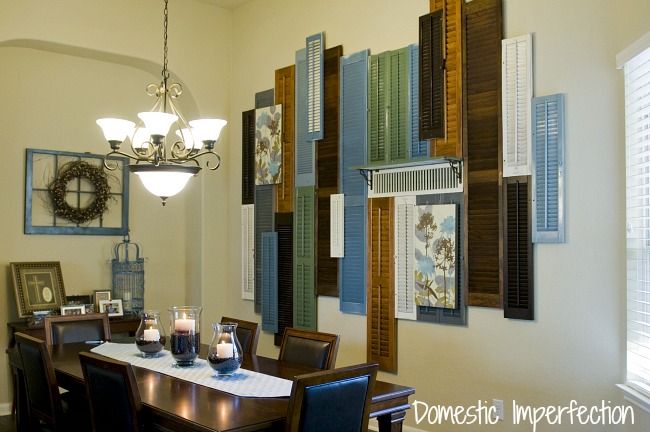 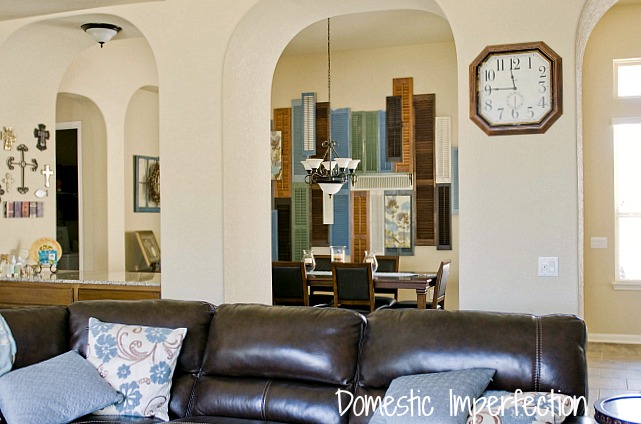 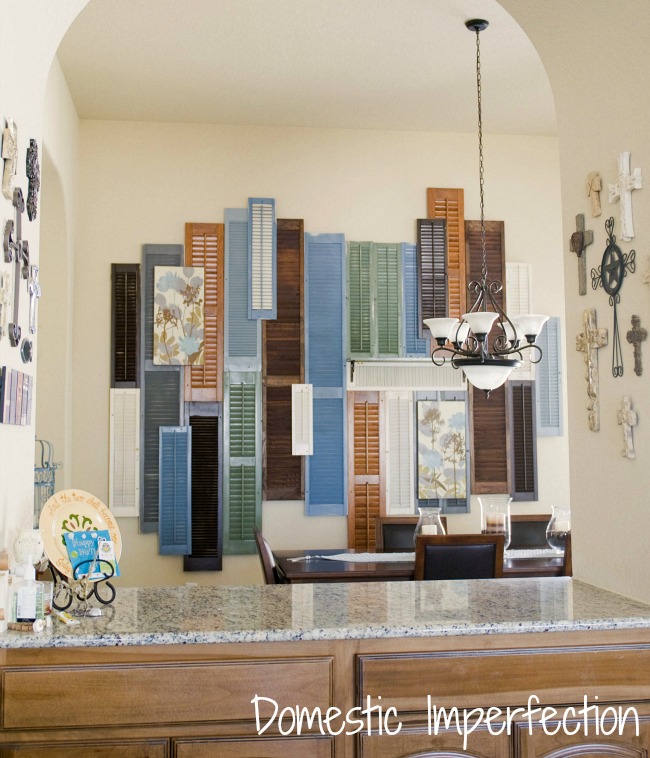 So there you have it…adds quite a bit of drama doesn’t it?

I have no idea when I will be back with another post, Adam and I are knee-deep in three big projects but nothing is even close to being finished. We are working on remodeling the boy’s room, Adam is building a fort/playset in the backyard, and we have started in on the master bathroom because it’s just to gross to live with any longer. I know, there is something wrong with us.