I mess up a lot of DIY projects. In fact, I mess up nearly every single one, though usually I am able to fix my mistakes before I blog about it and give y’all terrible advice. That was not the case with my plate wall though (original post HERE). 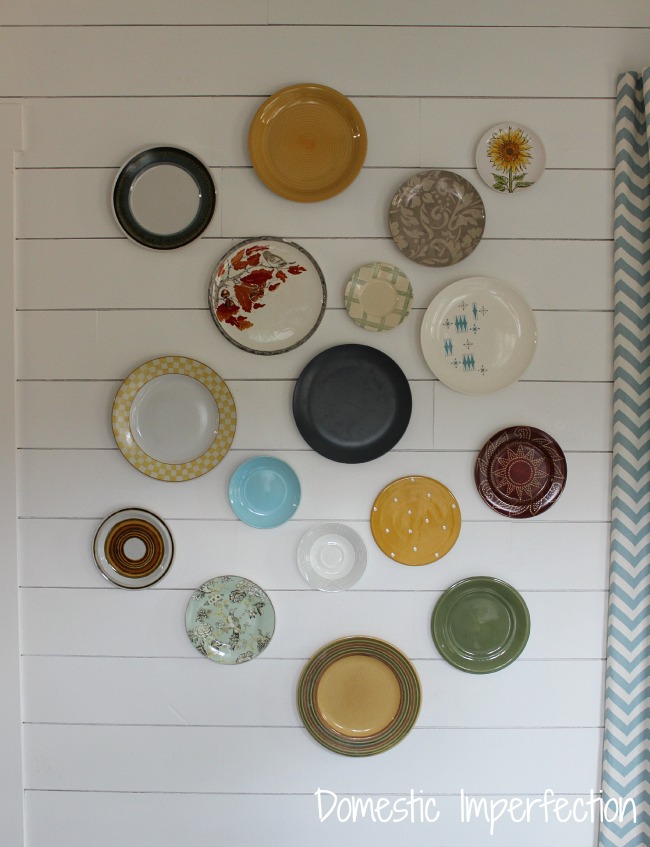 After hanging the plate wall I waited a couple of weeks to blog about it to make sure all was well. Then about a month after that, things went south. Quite literally. (That is if you are assuming the sky is north and the ground is south, which I know is not actually the case.)

My plates had been doing fine, then one morning the boys and I were working in the kitchen and heard a giant crash. Elijah yells “Mommy! Plate broke!” and sure enough… 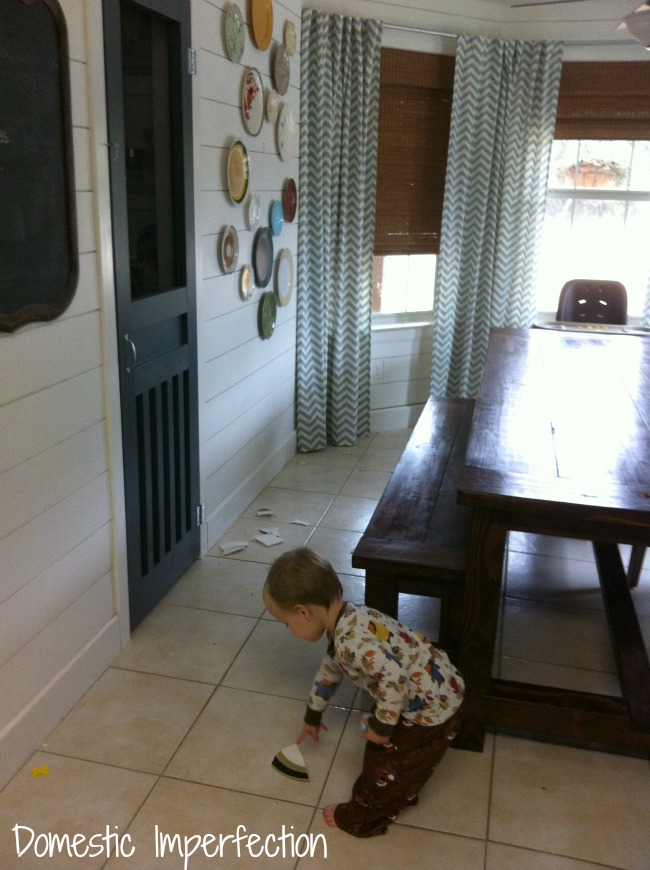 The biggest plate had come busting right off the wall. It wasn’t that the paper clip had broken or bent, it was the glue…the gorilla glue wasn’t holding. Then over the course of a week or so three more came unglued and shattered all over my dining room. Funny thing, that first plate was only one that came off during the day…all the rest broke in the middle of the night. So after a few exciting nights I took them all off the wall and pulled off the paper clips. The original place that I had found the idea for DIY plate hangers had used hot glue and said they had been there for 10 years, so I figured she knew better than I did and I hot glued them all back on.

That very same night two more plates came unglued and shattered all over my floor. ACK!

So I took them all down and did a little research. Then I went to Amazon and bought a tube of E-6000. 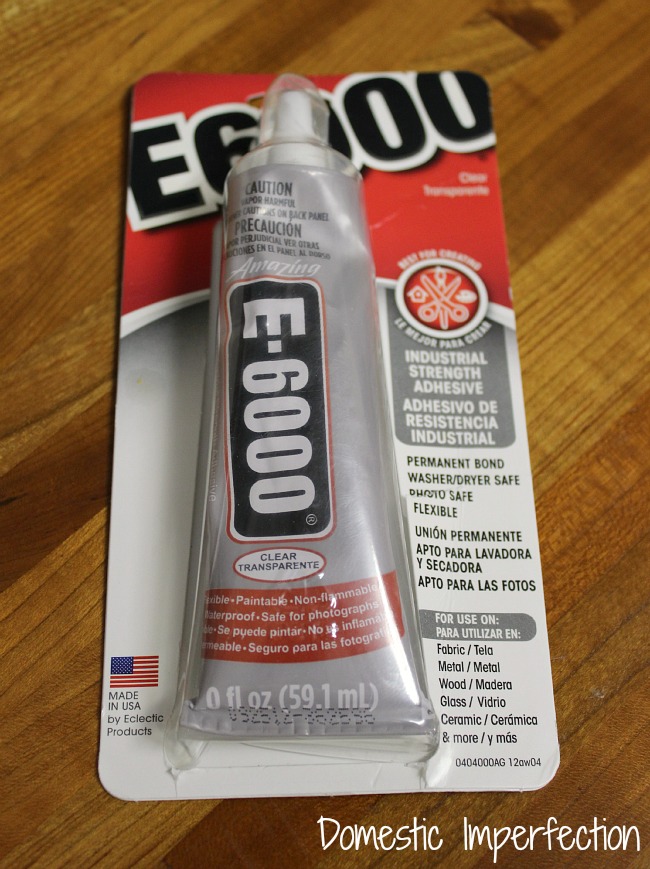 This stuff is serious. I did’t take any pictures of the back of the package, but its covered in cancer warnings.  Anything that may possibly give you cancer has got to be good, right?

So I found some more thrift stores plates and redid all my hangers with the E-6000. 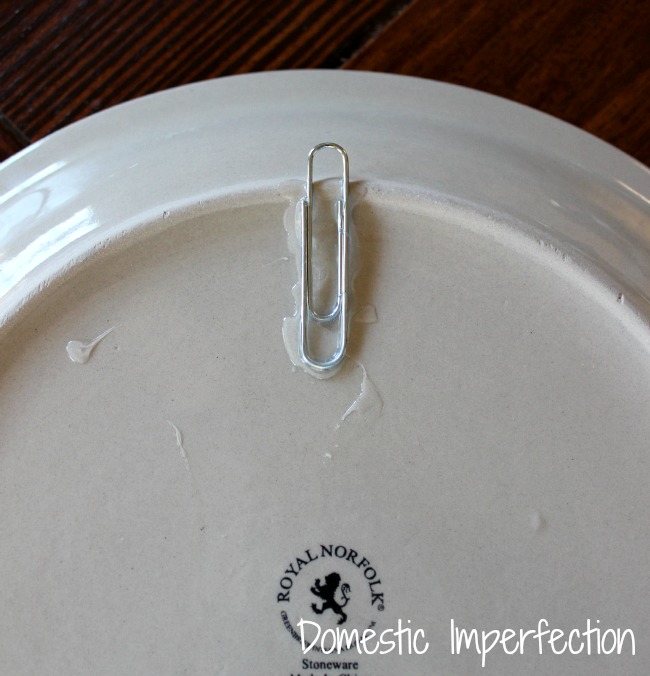 The stuff smells pretty bad and takes 24 hours to set, and this time I feel REALLY confident that those plates and paper clips are going to be together for life.  And if start to come crashing off the wall in a month I will fess up to giving you terrible advice…again.

Here is what the plate wall looks like now… 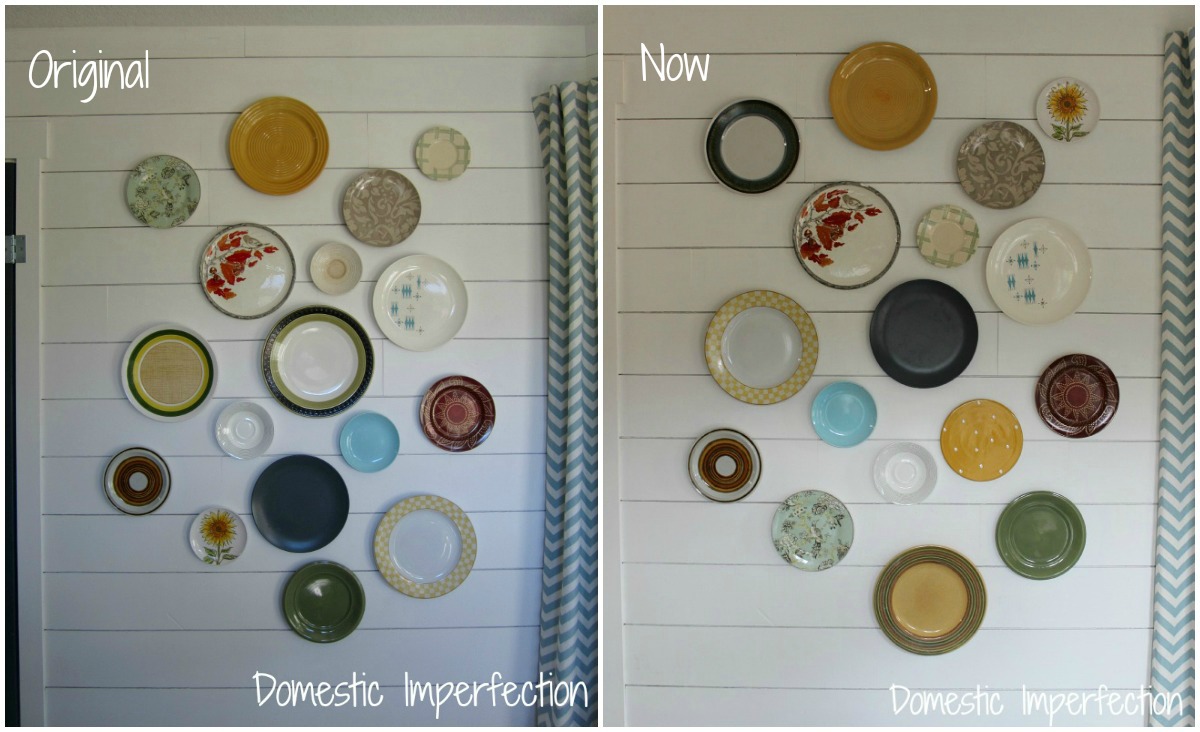 Anyway, that is my confession. I updated the original post so that all those innocent Pinterest visitors won’t have the same thing happen to them!

UPDATE 11/13/13- It has been almost a year since I rehung the plates using E-6000 and nothing has come crashing down. I think it’s safe to say we have a winner! 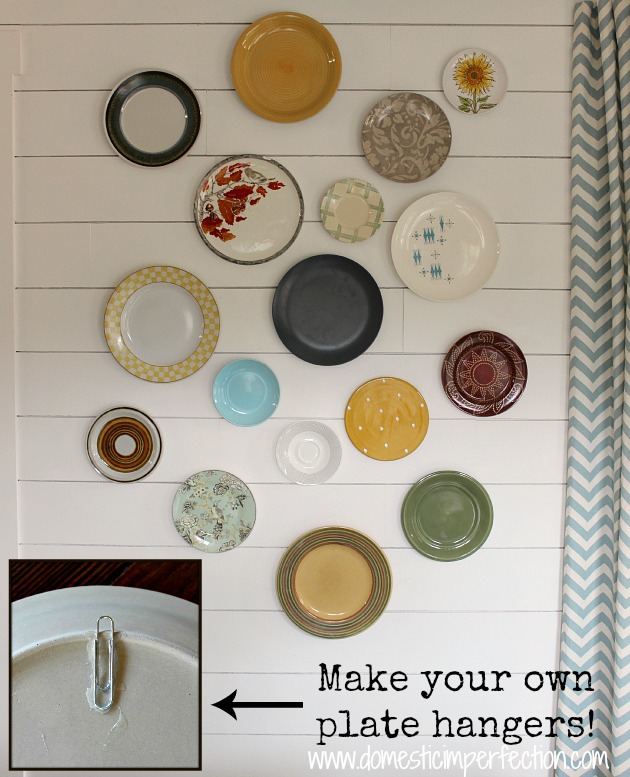