A few months ago I received an e-mail from a woman name Kiri who had recently launched her own company.  It’s called i like that lamp, and she sells lampshade kits where you order the exact size you need and use your own fabric to customize it. I thought it was a great idea for a company…not that there aren’t plenty of ways to reuse old Goodwill lampshades, but you have to spend time hunting those down and the usually aren’t any modern drum lampshades in the pile (at least not in my experience). Plus it’s kinda fun to make your own.

Anyway, she offered me a free kit to try. I said yes.

On her website Kiri has all sorts of tutorial videos and ideas of what you can do with your lampshade, which includes this fun idea… 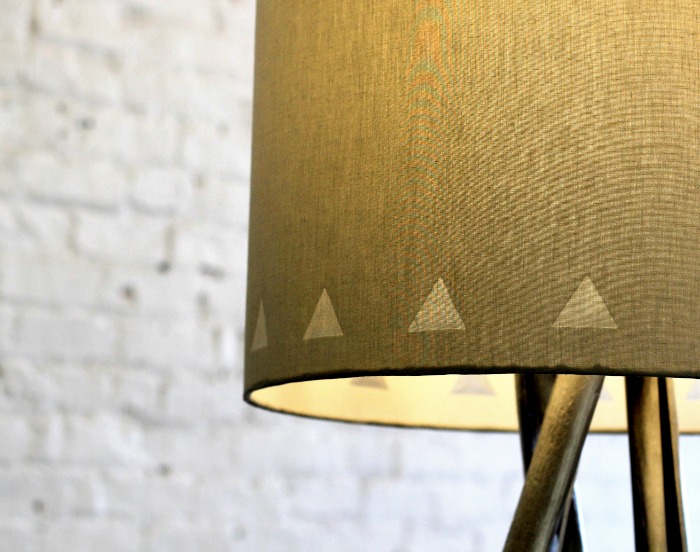 …where you cut out shapes before assembling the lampshade, which light up when you turn it on. I loved it and decided to do my own version using the drifting arrow design (green pillow below) from Cutting Edge Stencils. 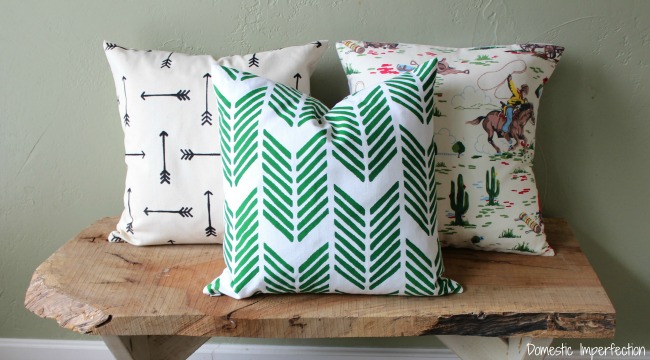 So first I rolled out the styrene (basically a plastic-y sheet that gives the lampshade its shape) and traced the arrow design onto it. 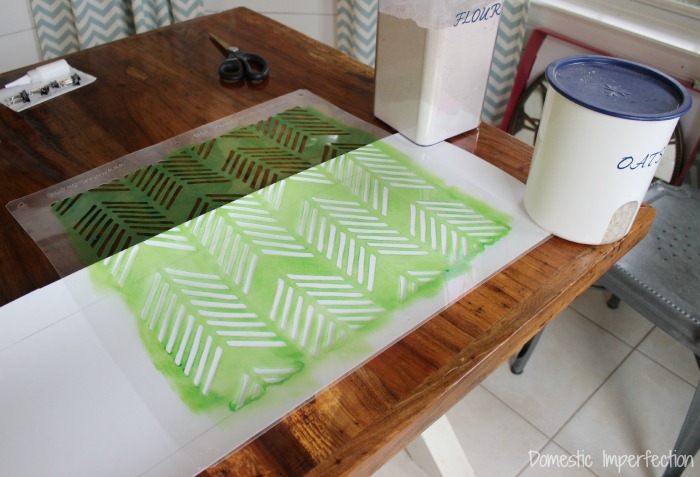 Then I grabbed my Exacto knife and started to cut out the pattern. 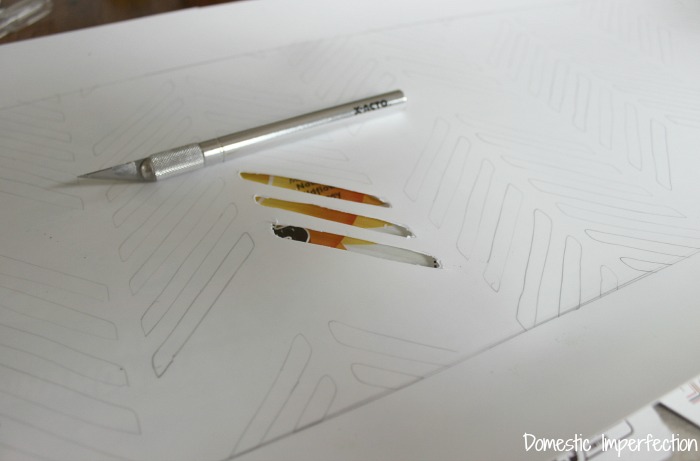 Don’t get me wrong, it worked…but it took forever. It took me probably two hours of worth of Friends reruns to cut out the pattern below.. 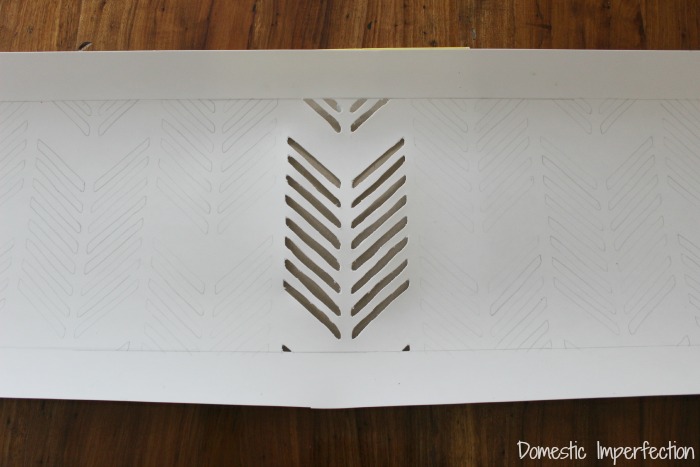 Since that was only about one column out of about 12, I decided that my time was worth more than this and that my very cool cutout lampshade idea was not going to happen. I’ll admit it, I was kinda bummed. (this would work great for a really simple pattern, silhouette, or initial though).

So I came up with plan two, which was just to stencil a pattern onto the styrene and hope it appeared when you turned the lamp on. So I e-mail Kiri and explained how my initial plan didn’t work, and she generously sent me another piece of styrene. 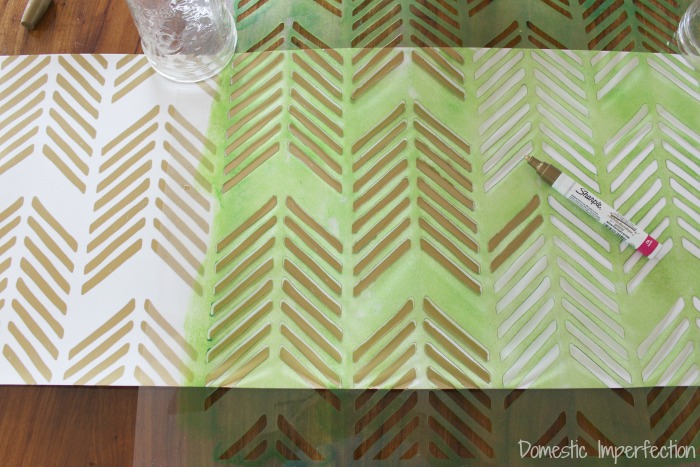 This time I used a gold paint pen to apply the pattern. It took me about ten minutes from start to finish and it looked amazing. Plan number two was so much better than plan number one.

Then it came time to actually assemble the lampshade. Here’s it quick overview of how I did it, since the lampshade kit comes with very detailed instructions when you buy it.

First, peel the backing off the styrene so that the sticky part is exposed. 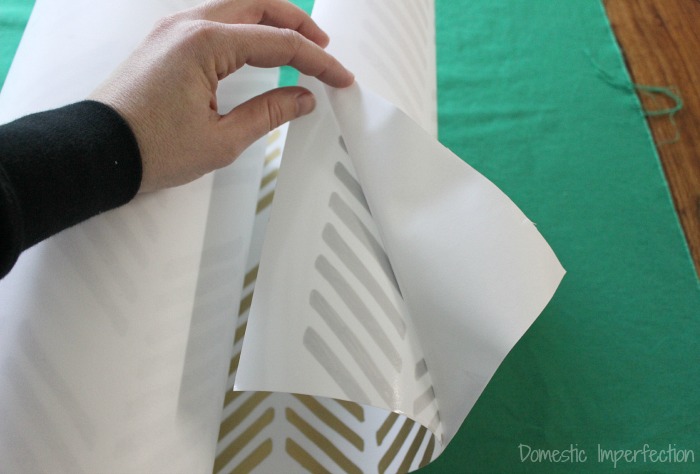 Then adhere it to your fabric of choice. (How pretty is that gold pattern!?) 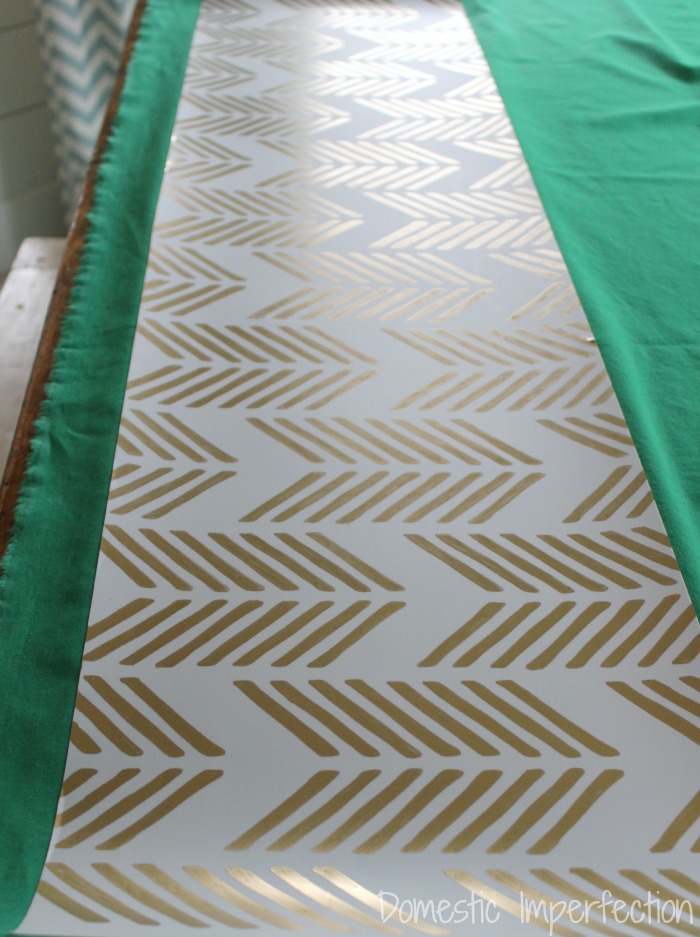 Then trim the edges. 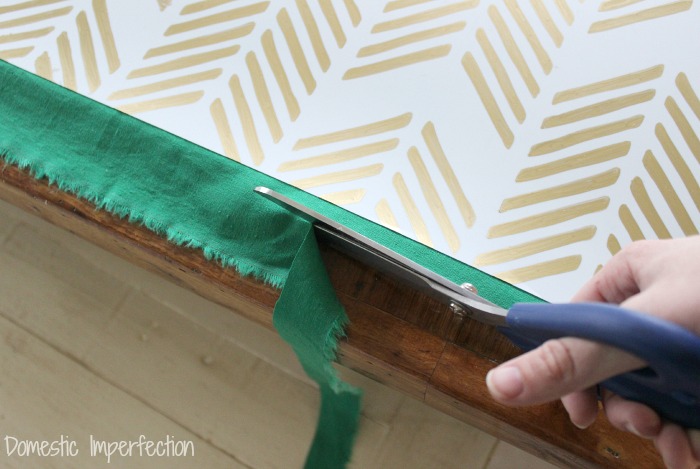 Use the included binder clips to hold the lampshade ring in place, letting it rest on the top edge of the styrene. 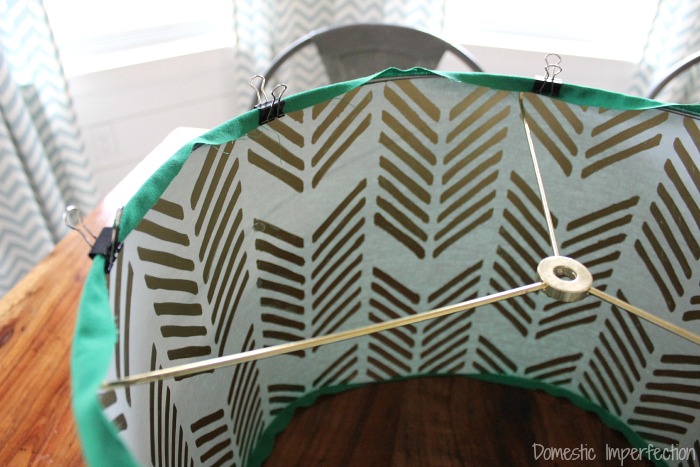 Brush some glue onto the exposed fabric, fold and press it down over the lampshade ring, then use molding stick to tuck the extra fabric under and out of sight. (Then repeat this process on the other side of the shade.) 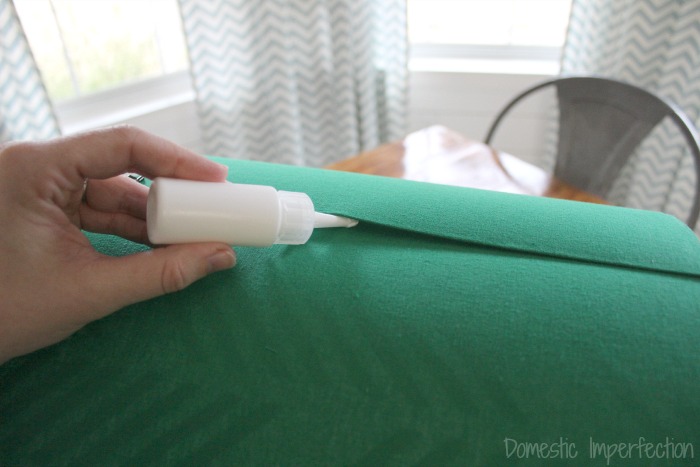 That’s it! So here is my plain jane, totally boring green lampshade. 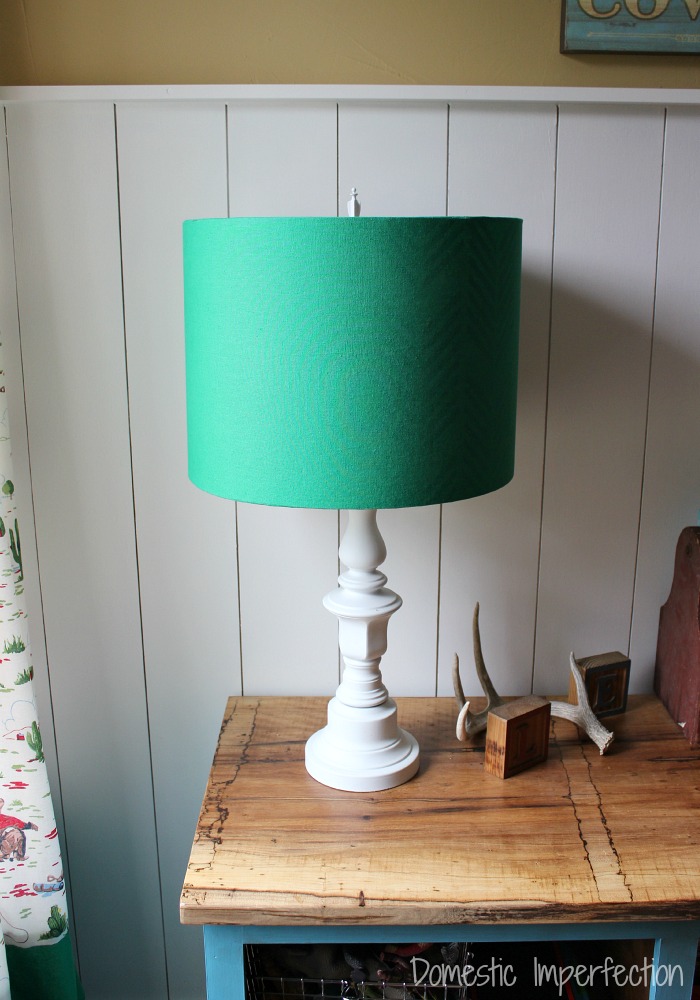 Except for the beautiful gold design on the inside…. 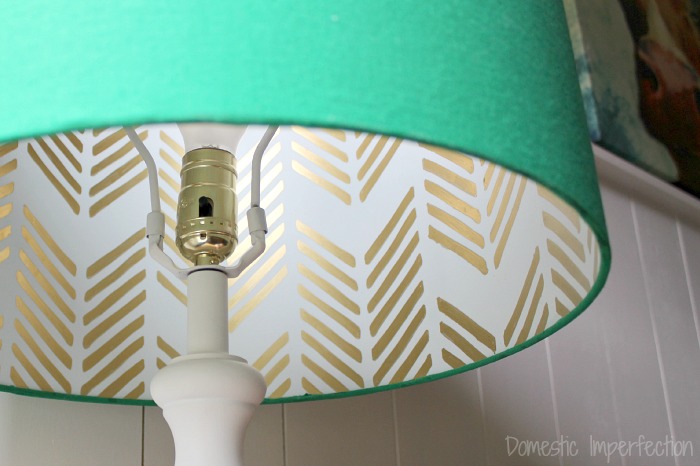 that shows through at night!

(and a little bit all the time, since it’s next to the window) 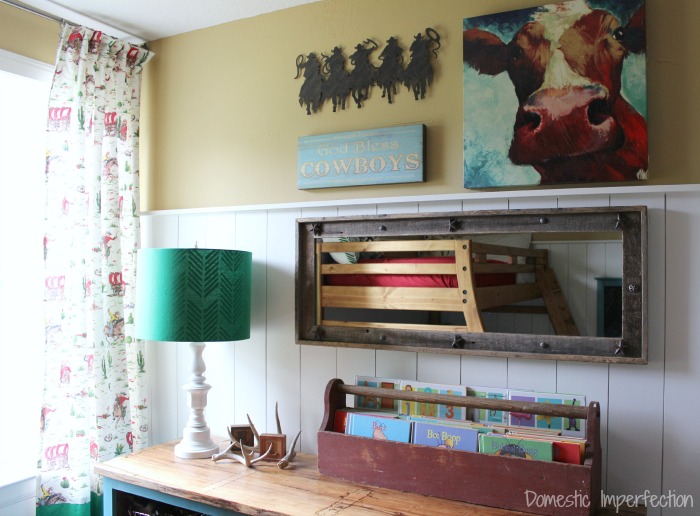 Alright, so how about a giveaway? Use the rafflecopter below and enter to win some spending money at Cutting Edge Stencils! I will e-mail the winner after the giveaway ends, no need to check back.