Once upon a time there was a man who built a playset for his children.

Many months passed, but the promise was never fulfilled. The boy was very sad. 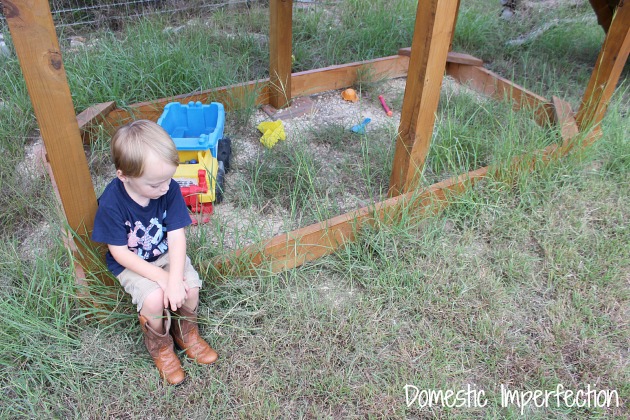 Then one day the boy’s mother noticed a slight nip in the air. Was the earth scorching heat of summer finally coming to an end? Could they play outside again? She checked her mobile weather device and was pleased to see that the high that day was a manageable 94 degrees.

So she told the boy it was time to fulfill the promise made to him so long ago. And the boy was very happy. 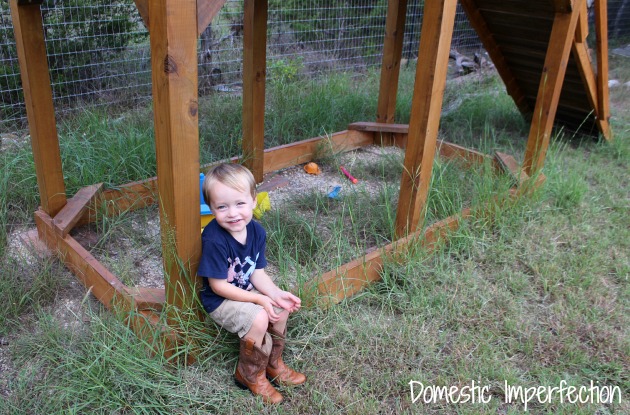 Finally he would have a place to dig! His younger brother – the eternal optimist – didn’t seem to care one way or another, for he had been perfectly content digging in his mothers flowerbeds. 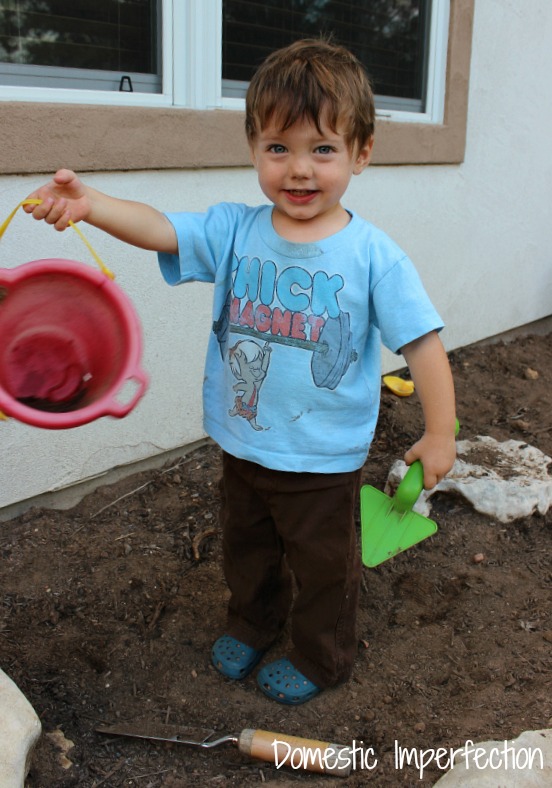 The mother liked to teach her children the value of hard work, so together she and the boy weeded the area. 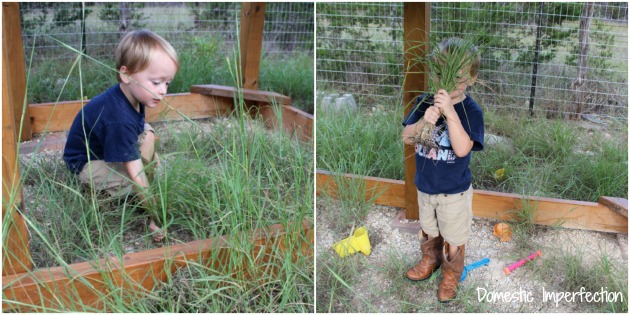 The woman then loaded up her children for a trip to the store. Along the way she started to second guess the plans for a sandbox. She thought to herself  “you know, an outdoor sandbox without a lid is really just a giant litter box. Even though you don’t have cats they will find you and they will poop where your kids play. To keep that from happening you will need to design and make some sort of cover, which sounds like no fun at all. Also, sand is messy. It’s gets in hair and eyes and cracks and doesn’t come out.”

When the woman and her children arrived at the store they quickly found the sand, and right beside it was something interesting. Pea pebbles. The woman thought to herself  “you know, you are constantly telling your boys to stop digging holes in the driveway, which is made of gravel. And pea pebbles are large enough not be messy like sand and small enough not to hurt when they inevitably get thrown at you by your brother.”

And so they headed home with 16 bags of pea pebbles, totaling $65. The woman really hoped she didn’t regret spending so much money on rocks. 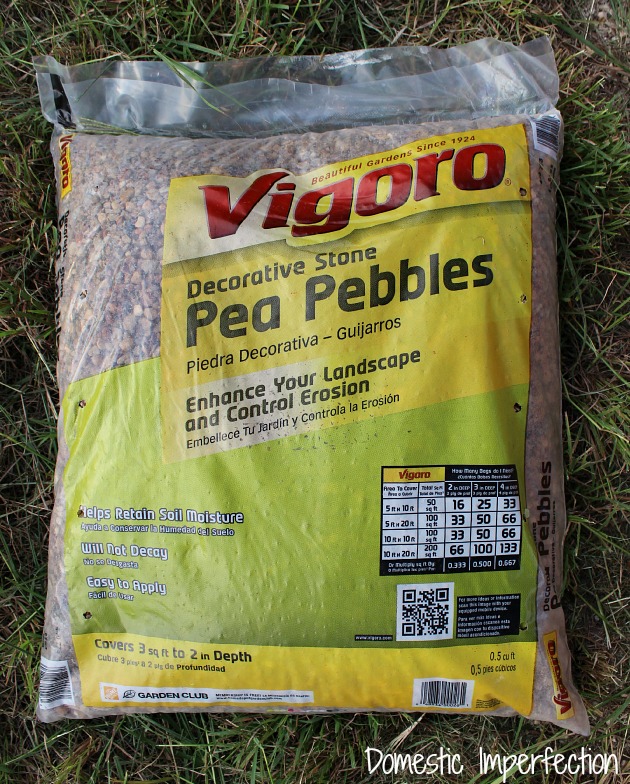 Once home the woman and her children spread some plastic to keep the weeds away and stapled it to the inside of the box. 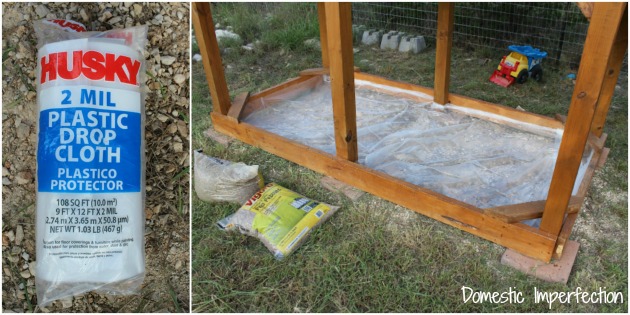 Then they hauled 16 very heavy bags of rocks from the driveway to the backyard and spread them in the box. 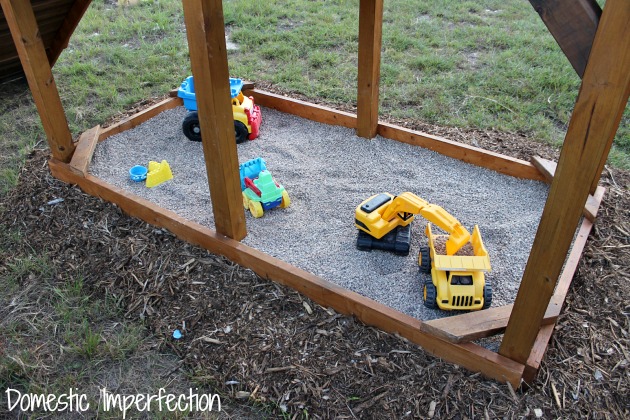 The woman hoped the boys would enjoy it and spend many hours scooping and moving rocks. 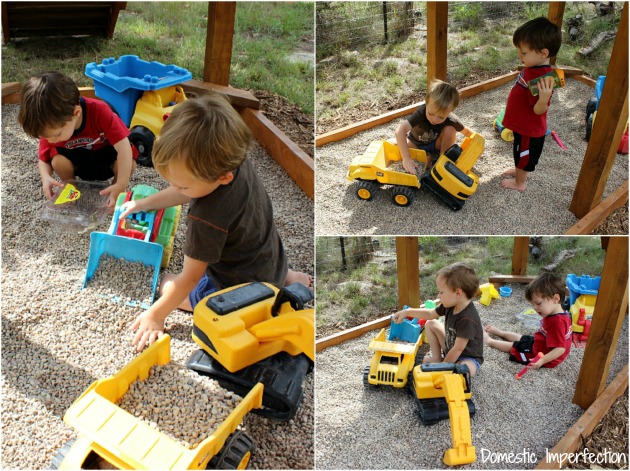 She was not disappointed. 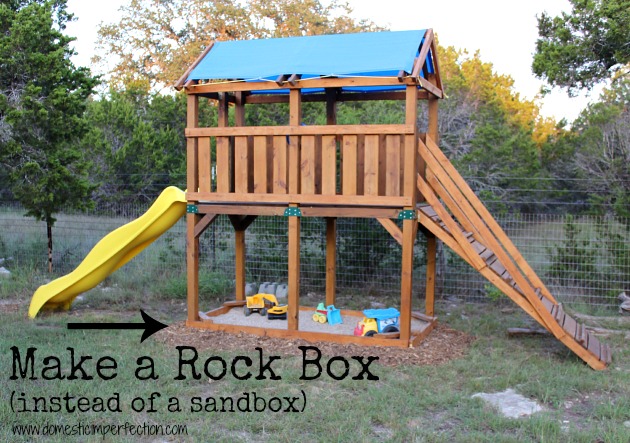