If you’ve ever used pinterest, then chances are you’ve seen these “sharpie mugs”. The idea is that you buy a cheap plain mug, personalize it with a sharpie, and voila! Crazy easy personalized coffee cups. Now, I’ve been DIYing for a while now and I can tell you one thing for sure…if it sounds too good to be true, it probably is. (You can actually apply that to life in general, not just DIY.) I mean, sharpies are great and all, but they’re not magic. They may be nearly impossible to get off a couch, wall, or clothing, but there is no way you can write on a glazed mug with one and expect to stay put, even when you wash it. NO WAY.

I spent some time reading through websites that had tried and failed at this in an attempt to come up with a method that actually worked. I found a few that had success stories and combined them all the make a mug that is indestructible. 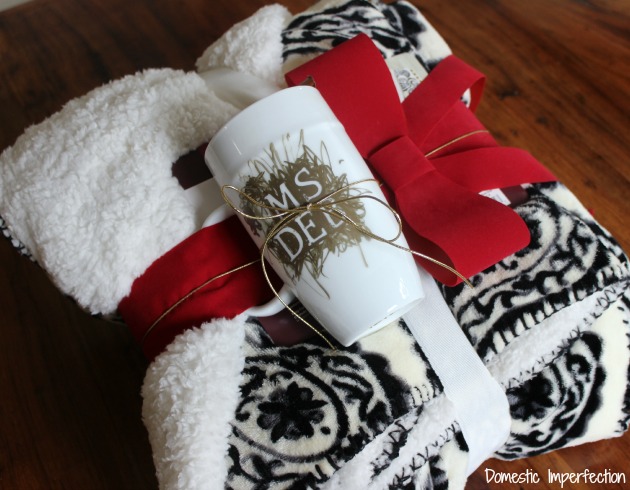 First, I bought some plain white coffee mugs (they were about $3 a pop at WalMart)

Then I cleaned the cups with alcohol, taped off the top (because I didn’t want any marker where you mouth touches) and added some scrapbooking letters. 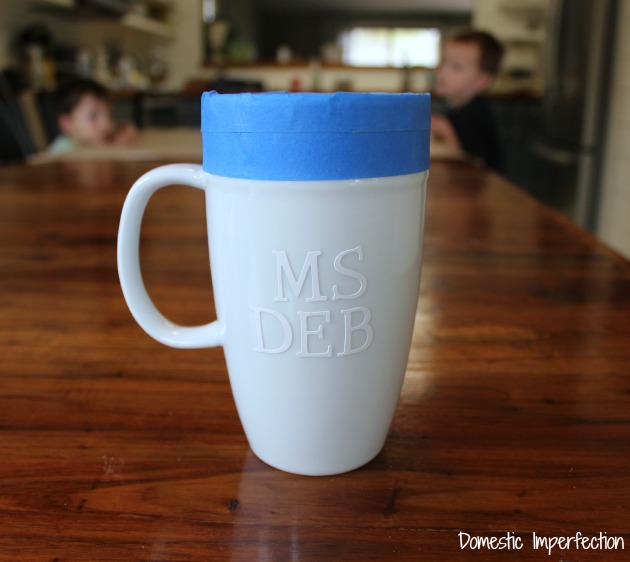 Next it was time to make the design. For this I used an OIL BASED sharpie paint pen. The oil based part is key here, if your paint pen is water based it will not work. 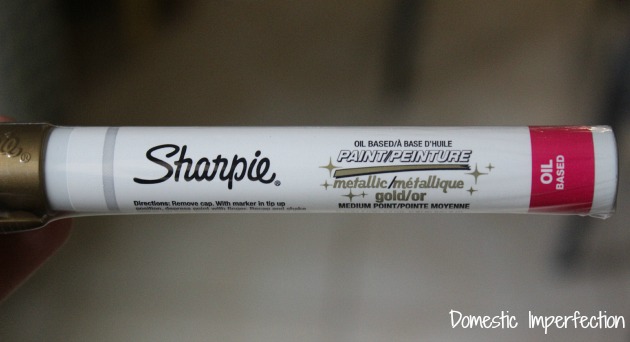 Then I let the kids go to town and make mugs for each of their teachers. 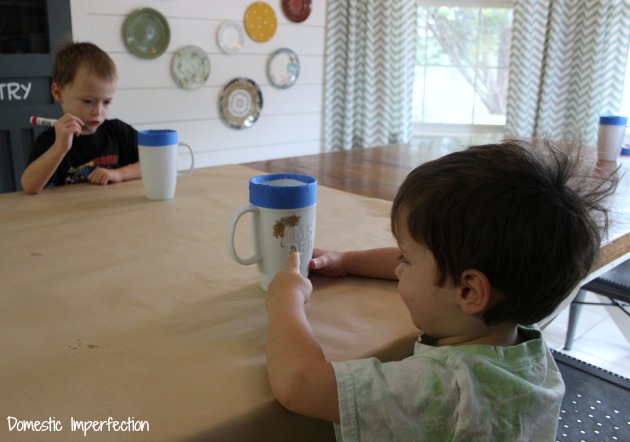 Ack, they’re just so cute, right? Levi is grinning away while sporting some sweet bed head, and Elijah is over there acting like he is painting the Mona Lisa. 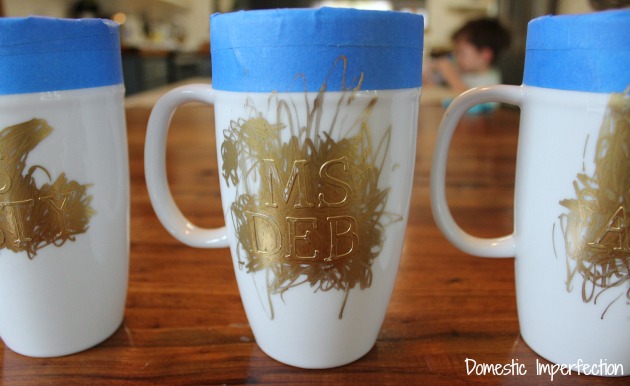 After they were finished I peeled off the scrapbook letters with a pair of tweezers let them dry for a day before baking. Also, I learned a little too late that if you have any mess ups you can fix them with some rubbing alcohol and q-tips before they dry. We definitely has some bleeding under the letters. Oh well, it adds to the “made by a preschooler” effect, which is an integral part of this gift.

Next, I baked the mugs by putting them in a COLD oven, setting it to 400 for an hour, then letting them cool completely before taking them out. This worked great for setting them…except that it turned the paint from a beautiful gold to a brownish bronze color. Bummer. 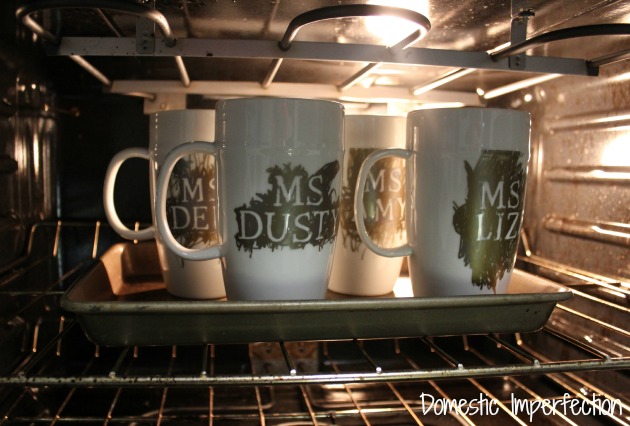 And then, since I was combining ALL the things that people said had worked, I taped them off again and sprayed the painted part with clear sealer. 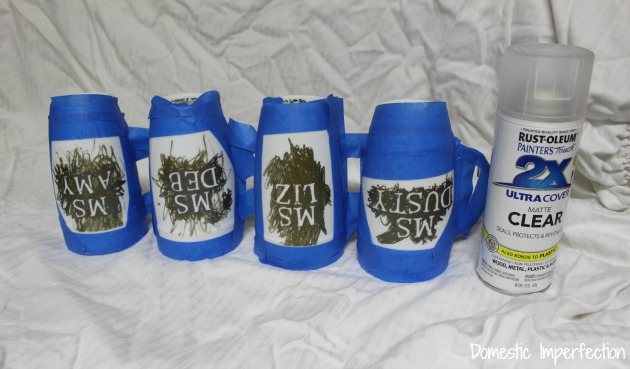 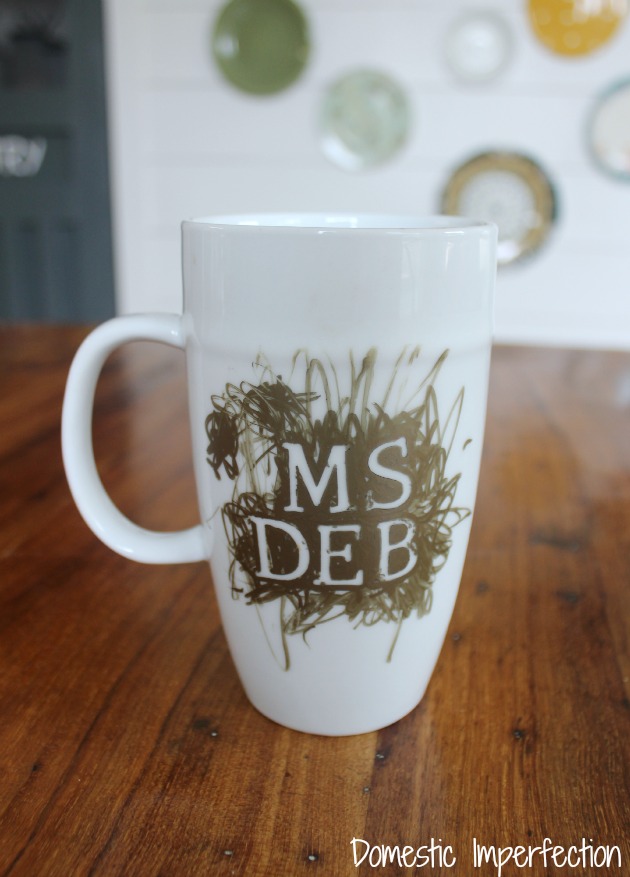 I even scrubbed them before taking that pictures (by hand) and nothing budged. Which is good, because I would have pretty disappointed if it had.

I can’t even believe I made it through that post without mentioning the elephant in the room. It’s such a huge elephant I can barely see to type around it. So here we go, let’s just get it out in the open.

Today is my 30th birthday.

30. 30! I’m not quite sure when that happened, but here I am…30. I was tempted to be bummed about it for a while, but then I realized that I’ve been acting like I’m in my 30’s for about a decade now. I’m been married for over ten years, have (nearly) three children, joyfully drive a nerdy minivan, and the thought of going out past about 8pm exhausts me. I was meant to be in my 30’s.