I’ve been less than honest with y’all lately. I know, you thought you could trust me…but the truth is I’ve been keeping a secret. A big secret, one that has taken over my life for the last few months. It’s time to let the cat out of the bag… 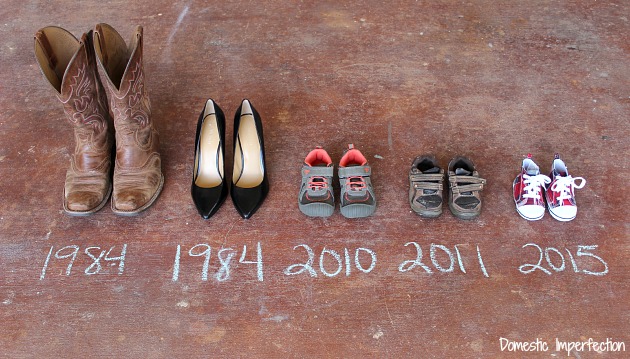 Pretty soon I’m going to be a mother of three!

(I know those aren’t exactly tiny little baby booties, but it’s all I had… since babies don’t actually wear shoes. At least not mine). 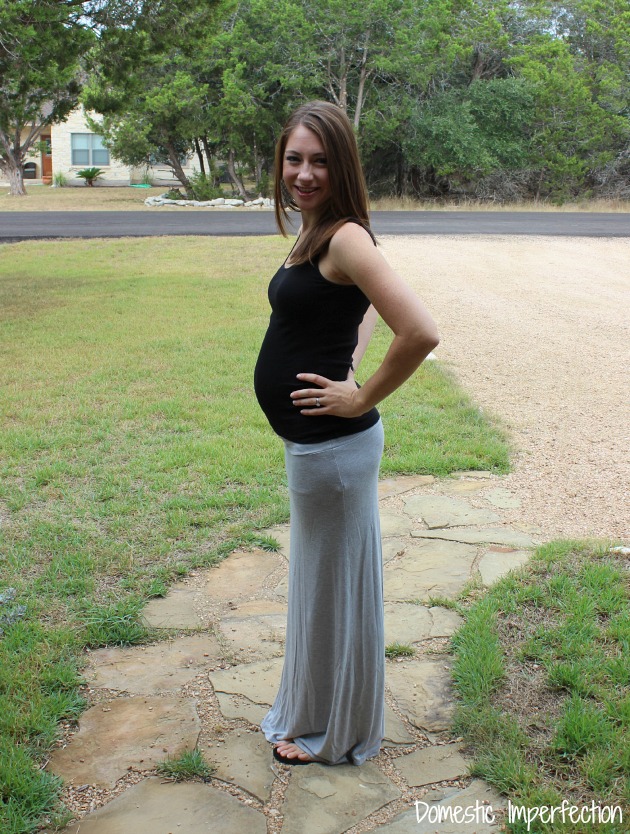 And just for fun, here I am at 14 weeks with all three pregnancies.

This pregnancy has been significantly different from my first two. With both the boys I was one of those annoying pregnant ladies that was like “being pregnant is great, I feel like a million bucks!” (I know, I want to slap my former self too). This pregnancy has been exhausting. So incredibly exhausting. I remember being a little tired with the boys, but with this one I was going to bed at like 730. Then I would drag myself out of bed at late as possible, when the boys couldn’t go a second longer without eating breakfast. By the time Levi’s nap rolled around I’d be about to keel over, and I’d take my own nap while Elijah watched a movie. Then right after dinner it was back to bed. I’m normally a night owl and have to force myself to bed at midnight, but not this summer. I’ve slowly been getting my energy back, these days I make it till about 9:30 or so. (My early bird husband is loving that I’m tired when he’s tired!)

I’ve also never really had pregnancy nausea before. Y’all…nausea sucks. Fortunately I haven’t been nauseous in a week or two and I’m back to feeling somewhat normal.

It feels so good to finally get that secret off my chest! I’ve been wanting to mention it in my posts. In the shed painting post all I wanted to say is “I’m nine weeks pregnant and all I want to do is sleep!” and in the Better Homes and Gardens post I wanted to tell y’all how awesome it was…except for the plane rides where I was clutching the barf bag willing myself not to hurl everywhere. And (to get really personal) back in the middle of May, when I didn’t blog for a few weeks, I wanted to write that I had just had a miscarriage and suddenly projects didn’t seem all that important.

I know y’all have a few questions, so I’ll go ahead and answer them before you even have the chance to ask…

No, we don’t know…and we’re not going to find out either. Mwhaha….

We’ve never found out the gender of our babies beforehand. This was originally Adam’s idea and I thought it sounded doable, so that’s what we did…and it was actually really fun. Once you settle on the fact that you’re not going to know the gender of the baby before you meet them it doesn’t bother you not knowing. It bothers our family and friends though, which makes it all the better (I’m thinking of you Stacey!). Oh, and I’m not a fan of girly frufru pink everything, so I was more than happy to buy (and be gifted) all gender neutral things.

Do you have names picked out?

Kinda. I have names picked out, but Adam hasn’t really given me feedback on them so they aren’t official.

Are you planning on having more babies?

I’ve always wanted four kids, so I hope to have one more after this one (no matter the gender).

What will the age difference be?

This baby will be 3.5 years behind my youngest.  #1 and #2 are only 19 months apart, so I’ll be interesting to see how the bigger age gap will play out. I’m hoping it will be easier, but I’m thinking that fact that it’s the third baby will pretty much erase the word “easy” from my vocabulary.

Are your boys excited?

Yes! It’s so sweet. Actually, Levi doesn’t seem to care that much (or maybe he just doesn’t quite understand) but Elijah is pretty thrilled. He kisses my belly and asks constantly asks me how big the baby is (kinda like “are we there yet?”).  And he is dead set on getting a sister and gets upset whenever I remind him that it’s just as likely to be a boy. Levi just tells me he wants it to be three sisters and two brothers, which isn’t even slightly funny.

And that’s that, my secret is out. I feel better.

« Sewing a Euro Sham Pillow with Flanges
Building the Deck, Part I »