It’s been a little quiet around here lately, but for good reason…Adam and I got back from a vacation earlier this week! We went to an all-inclusive resort in Mexico for five days, and it was amazing.

This summer when Adam graduated from the police academy and we celebrated out 10th anniversary, he told me he wanted to go on a vacation. I was like “that would be great”…which meant both “that would be great” and “it’s never going to happen.” But he actually managed to make it happen, sans kids and everything. (A huge thank you to our parents for taking the boys!) This was our first time at a resort, we went with Adam’s younger brother and his wife. We booked it a couple of months ago through cheapcaribbean.com, they had some sort of deal where you book but you don’t know which resort you are going to until a week ahead of time. It was kinda fun not knowing (I love surprises), plus it saved us some money. We ended up at Secrets Capri, a small five-star (adults only!) resort. It was beautiful, here are a few pictures I snapped of the resort. 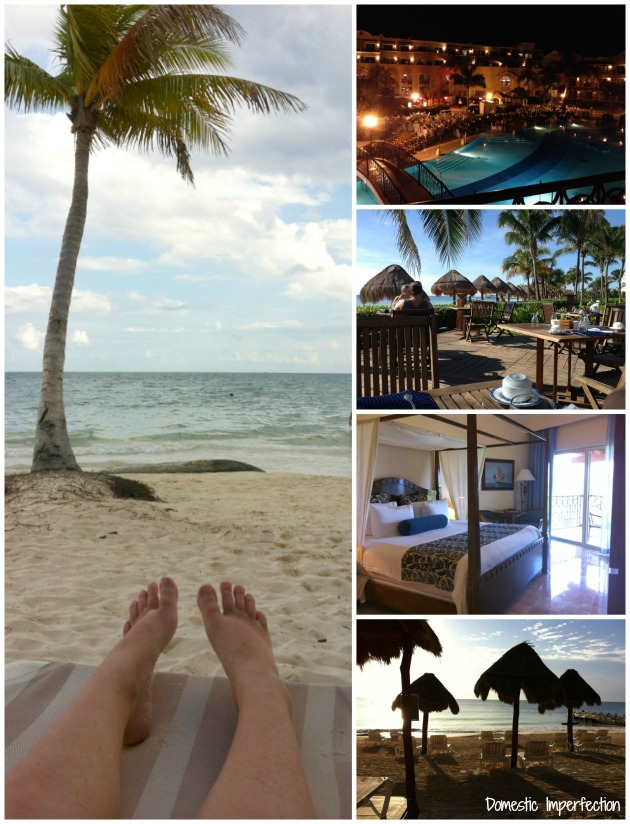 The day before leaving for our trip I checked the weather forecast and it showed 80-90% chance of thunderstorms every single day we were there. I was bummed. And it did rain everyday…for about 10 minutes. We didn’t even get out of the ocean when it rained. Chances are this is going to be our last vacation for a very long time, so I’m grateful the weather didn’t trap us inside.

One of the days we took and excursion to a place called Xel-Ha, which is a giant nature park built around a lagoon. It had absolutely amazing snorkeling, plus tons of other stuff like bikes, dolphins, zip lines, tubing through mangroves, cenotes, and iguanas everywhere. There were so many iguanas that you were almost stepping on them. Crazy…the kids would have loved it. Fortunately they weren’t there though :) 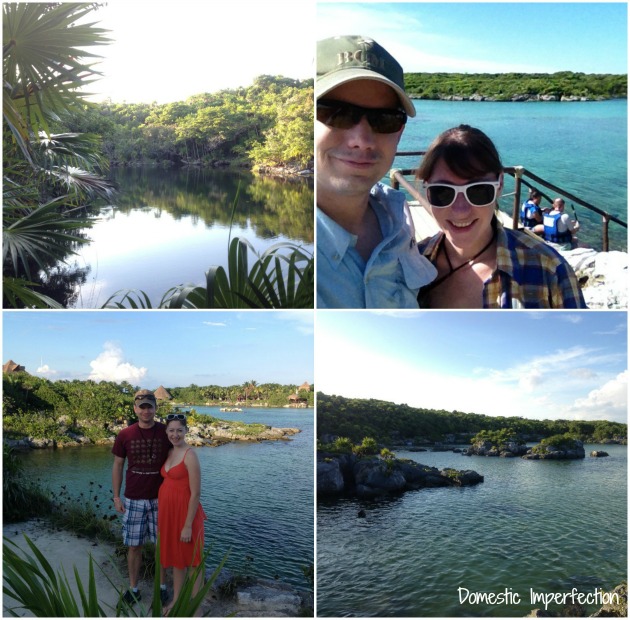 Besides Xel-Ha we basically just lounged around, ate insane amounts of food, and drank. Well, not me…I just drank a lot of water while jealously grimacing at everyone drinking their fruity, frozen, alcohol-soaked beverages. I’m not really a drinker, but for some reason when I’m pregnant all I want is a dang margarita. Go figure. I did win a fish pedicure while there though, which was interesting. You basically just put your feet in an aquarium and little fish nibble off all the dead skin. Mmm…tasty.

I wish I had more pictures to share, but I’m in my maternity swimsuit for most of them and they will never grace the internet. And by “maternity swimsuit” I mean my regular two piece …it’s almost like those things were made for expanding bellies.

Speaking about expanding bellies, how about a pregnancy update?

I’m now 23 weeks and feeling pretty good. No more morning sickness or nausea, no extreme tiredness, just sweet baby kicks and excited big brothers. And weight gain, of course. I’ve gained a total of 25 pounds so far, which breaks down to ten pounds on each thigh and five pounds of belly. I gained 33 pounds with each of my boys (mostly toward the beginning), so even though I feel pretty heavy I’m actually right on track. I haven’t taken a pregnancy pic in a while (and I’m lounging around in my husbands pjs right now, so that’s not happening) but here is one of me at 20 weeks. I look significantly bigger now… large amounts of vacation food might have something to do with that though. 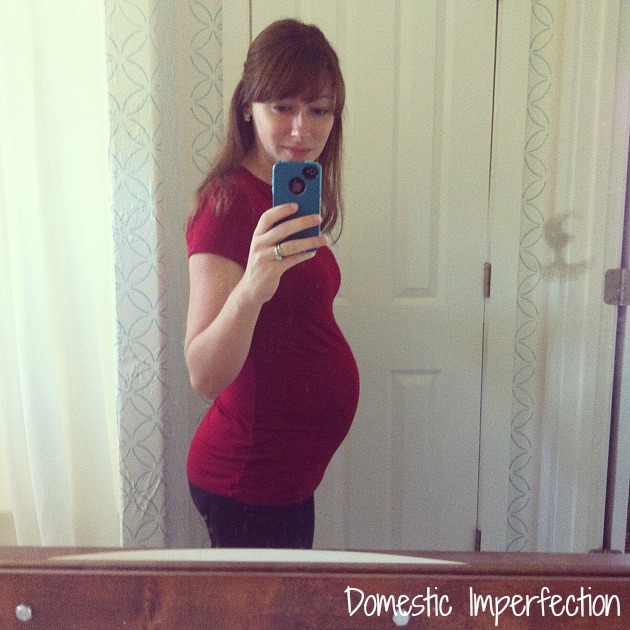 We had our big ultrasound a few weeks ago, and everything looks great! The OB gave me a whole thumb drive full of ultrasound pictures, but I can’t seem to find it anywhere. All I can find is the one he printed. It’s not the best, but good enough to tell the this baby is going to be snuggly and adorable! 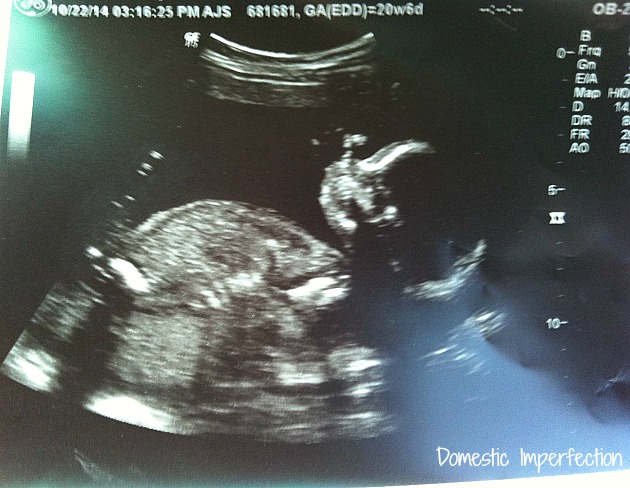 I know y’all are waiting for me to reveal the gender, but we didn’t find out. I’ll let you know in March :) We have been talking about names though and have a girl name nailed down…if this baby is a girl her name will be Noelle. This was the only name on my list and luckily Adam loves it too. Admittedly our girl name has changed with each baby, Elijah was going to be Eden and Levi was going to be Acacia. Noelle is my favorite of the bunch and will probably be our girl name for future pregnancies/babies (if this one is a boy).

The boy names are giving us more trouble and I could use some imput and suggestions. Here is the list I have thrown out to Adam so far…

Even though our other two kids names are biblical (Elijah and Levi) we aren’t stuck on biblical names, we’re considering everything. Here is what we want and don’t want in a boy name…

So what do you think? Thoughts, suggestions…I’m all ears!