This post is a little out if the blue, huh?  I didn’t give y’all much warning, but yes, we’ve been working on our guest/kids bathroom.  Never a dull moment around here!

I’m just going to jump right into it and show y’all the before picture…. 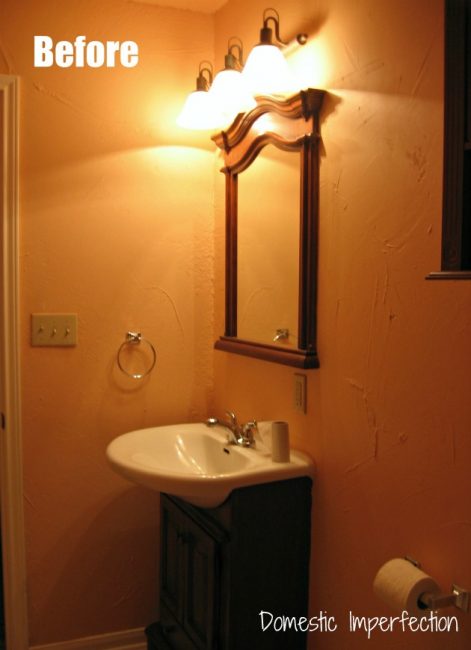 That is the original before picture….gotta love that bright salmon that plagued our house!  Since that picture we had painted it green (same as the living room and laundry room), so here is the “right before” pictures…

Not terrible by any means, but it still had to go. You can’t tell in these pictures, but the vanity was in kinda rough shape thanks to the previous owners dog.  Also, it didn’t have any counter space. So we ripped everything out and sold the whole set up on craigslist. We pretty much have to give things away to have people drive to our house to pick them up, so we sold it all for $75.

Anyway, this isn’t a tutorial and I don’t really have any progress pictures, so here is the after picture! 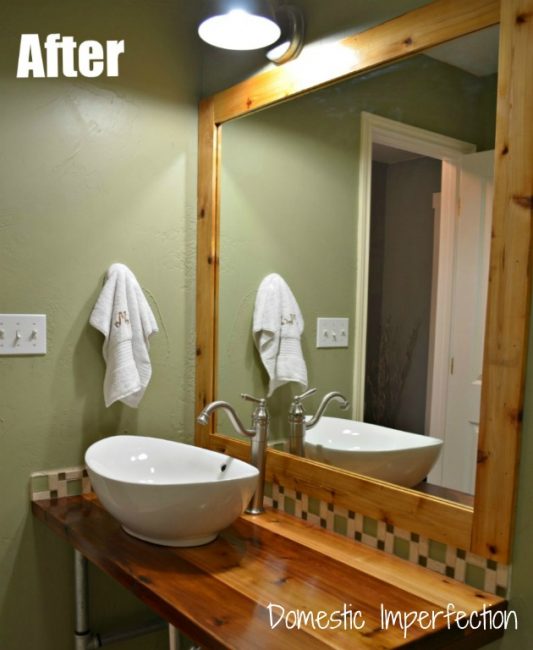 I’m sure about 50% of you are cringing right now, it’s a love it or hate it kinda bathroom.  I love it, and I promise the colors look better in real life.  It is really REALLY hard to take pictures of this bathroom, it’s cramped and there is no natural light…and I just have a point and shoot camera. So I apologize ahead of time for some of the pictures.

The counter is made of  cedar 2X6’s and coated in polyurathane…total cost is about $18. 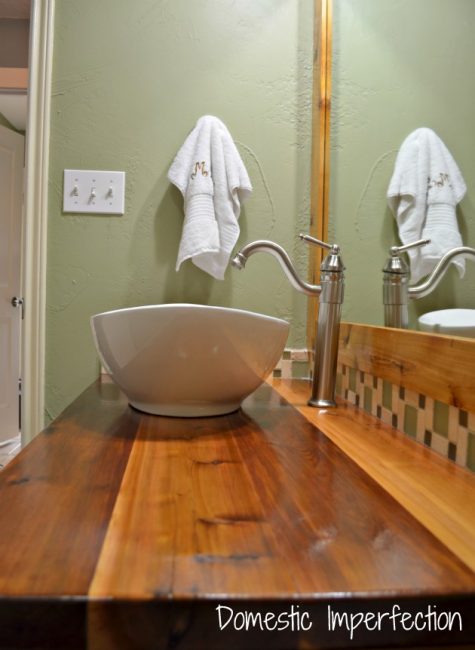 The mirror was free from a very nice contractor at Adam’s work, and the framing is cedar 1X4….total cost about $6. 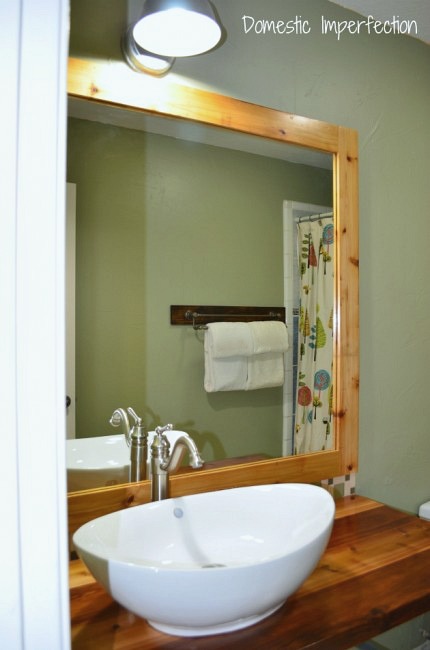 The tile for the backsplash I found on clearance at Lowes…total cost about $6 (plus a tiny amount of tiling supplies). 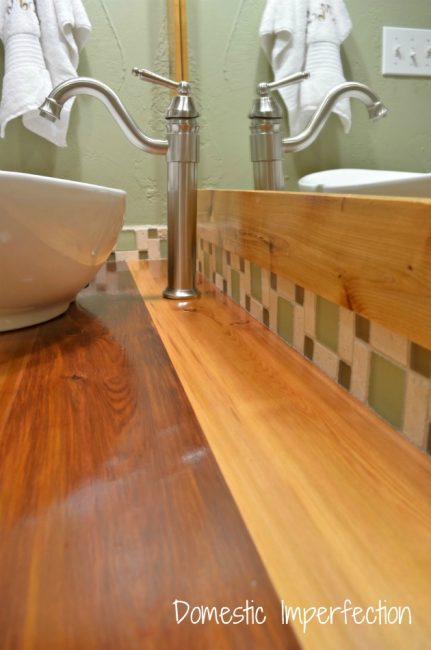 The sink and faucet were bought from Amazon. I searched and searched for the best deals on these and ended up buying the cheapest non ugly stuff I could find. I figured that if the faucet crapped out, I could replace it four or five times before it equals the cost of a name brand one. I’ll take those odds. So the sink was only $85 and the faucet was $60. Oh and I had to buy a drain kit which was $18. 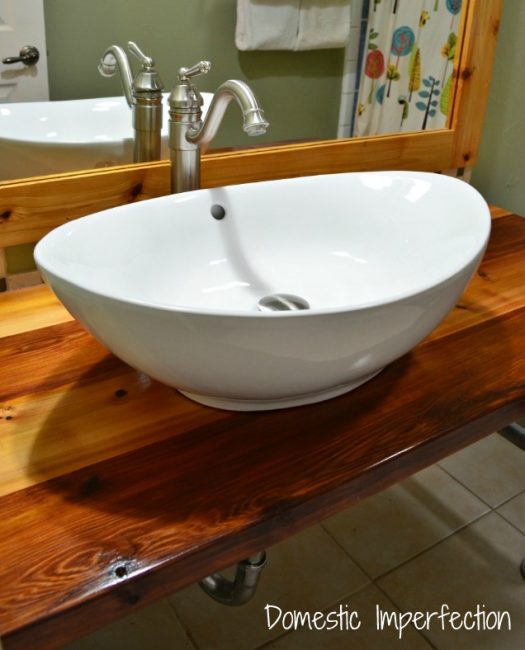 The light is from Lowes and cost $25. I was dead set on a big galvanized barn light and in my head anything barn-y should be cheap.  Not so…they are hundreds of dollars. I almost gave up and went with something else when I stumbled upon this one…it’s not as big as I wanted, but I still think it looks great (way better than in this terrible picture). 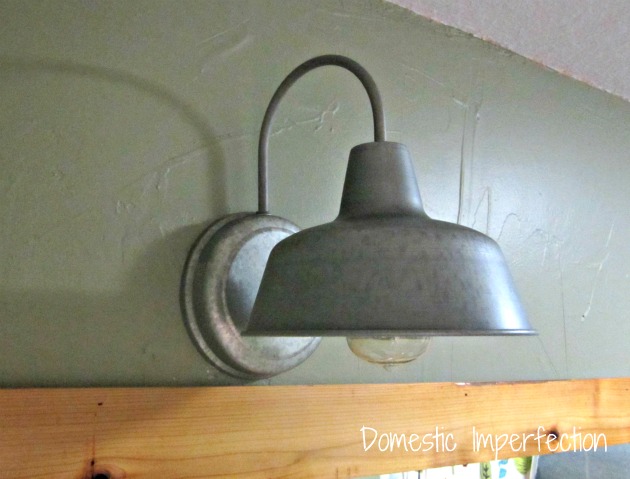 Since you look up and see the bulb I decided that a regular (ugly) swirly bulb wasn’t going to do. I found a cool looking nostalgic bulb for $10 and think it looks great. The light it gives off is a little yellow, but I guess that just adds to the nostalgic feel. 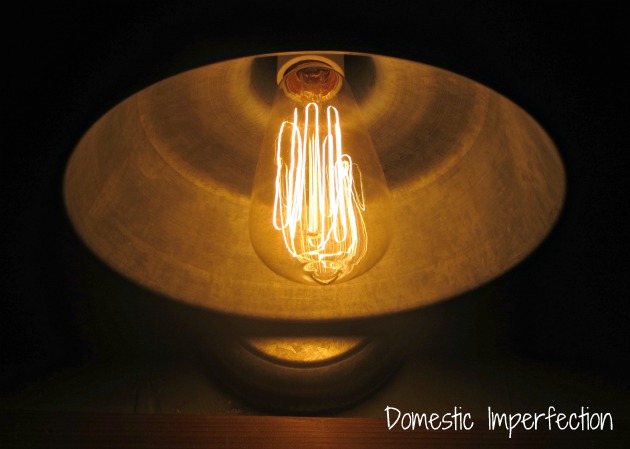 Here is where it starts to get expensive. We made this whole plan for the legs using industrial pipes and whatnot. Then we went to go buy our materials and oh. my. goodness…those babies are pricey. I’m totally taking a shot in the dark here, but I’m going to say we used about $100 worth of pipe and fitting to make the legs. I really have to start writing this stuff down. 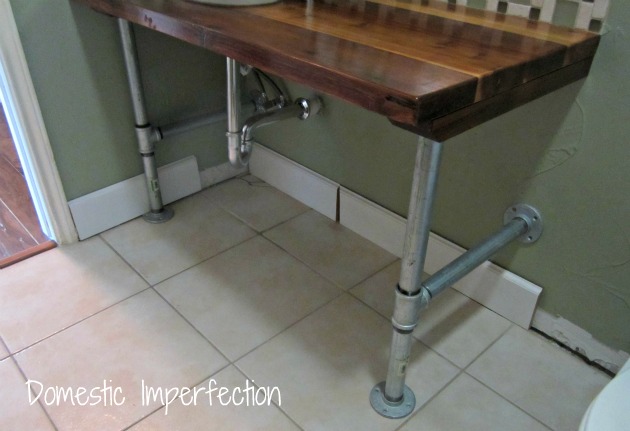 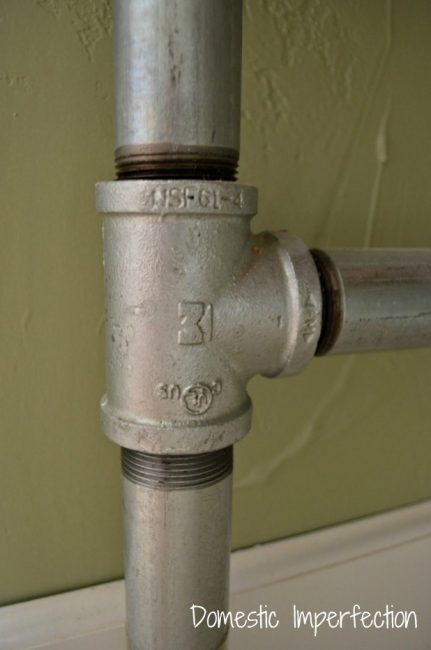 So obviously we aren’t finished yet…the trim needs to be done, I want to add a cedar shelf on the supports, galvanized buckets for storage, and we need to rewire the outlet.  Also, I should really take the stickers off the pipes.  And we cracked a tile by dropping a pipe on it…. 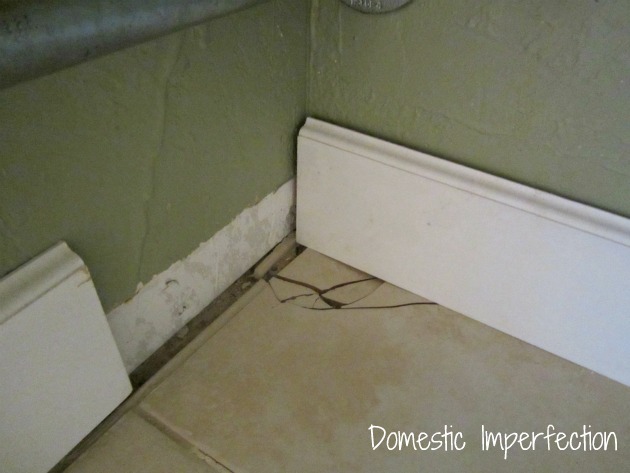 So the total price (when I add in about $20 for plumbing related stuff) comes to $330…$255 if I subtract the $75 from selling the old stuff.  Not to shabby, especially considering all that we did.

I  do have one project related picture I have to share. Adam had to sand down the wall in order to put the mirror up because we have crazy texture on our walls. It was really dusty and pretty much impossible to keep a Elijah (the most curious of toddlers) from getting into it.  He made a huge mess, but he also made  THE CUTEST little footprints you’ve ever seen. 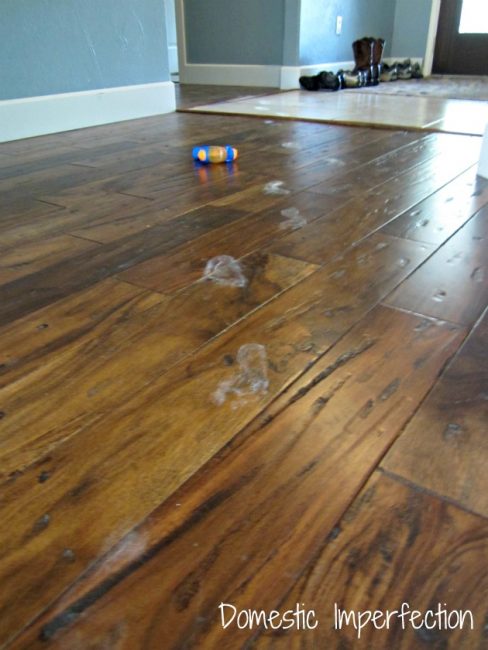 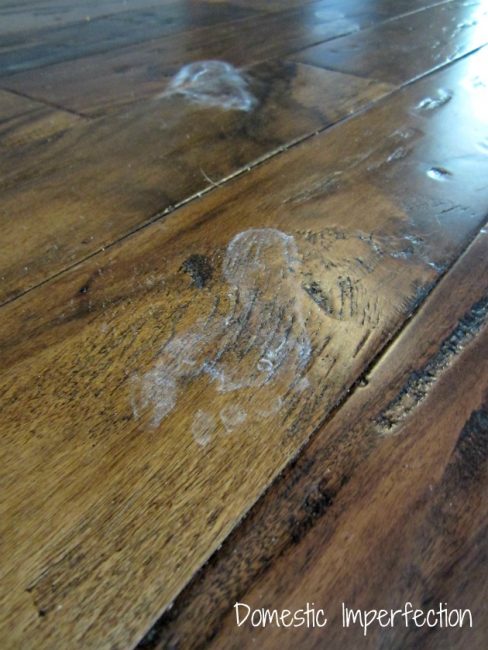