So our builder mainly uses PlyGem vinyl windows. He said they are cost and energy-efficient, and most people get them in either white or clay (which is kinda greige). “Great” I thought….then I went to do my own research. Because I like to know things. I’m a research girl. And Adam is a research guy. And together, we research things. So off we went to find windows for our house.

I now know way more about windows than I should (and I for sure know more than some of the salespeople I talked to). Seriously, ask me a question.  Do you want to low about U-factors? How about the difference between rolled and extruded aluminum? What are the shortcomings of vinyl? What’s the difference between Ultrex and Fibrex? Would you like to know about low E glass? Because I can tell you all  about it.

If I could have chosen any window, I wanted a window that was black extruded aluminum on the outside and wood on the inside. I really didn’t care what the color was on the inside, I could have gone with natural wood, or something that was painted black or white. What I had noticed, during my many long nights with Houzz, that 90% of the houses I saved had black exterior windows. (some of these are hard to see, but trust me, they’re black.)

Farmhouse Exterior by Austin Photographers Sarah Natsumi Moore
.
So we priced windows…so many windows. You know what we learned? There is a reason people use white vinyl windows…it’s that fancy windows are freaking expensive.
.
Instead of getting whole house quotes for windows we went from dealer to dealer getting quotes on just one window, the most common in our house, a 3 foot wide by 6 ft 6 inch tall window. We priced mostly Pella, PlyGem, Andersen, Marvin, and a handful of lesser known brands, and the prices varied from $148 a window to over $800. That was the Marvin Integrity (which is what I would have bought if money grew one trees) and in some showrooms that was their “bargain” window. Jiminy Christmas. BTW, we have 44 windows in our house…you do the math. We ended up getting a whole house quote on the cheapest black option, the Anderson 100 (made out of a composite material called Fibrex) and it came to $12,000. The PlyGem windows that our builder recommended? $5,500. Guess which ones we choose? Yup, after all that we went with what the builder recommended in the first place.
. 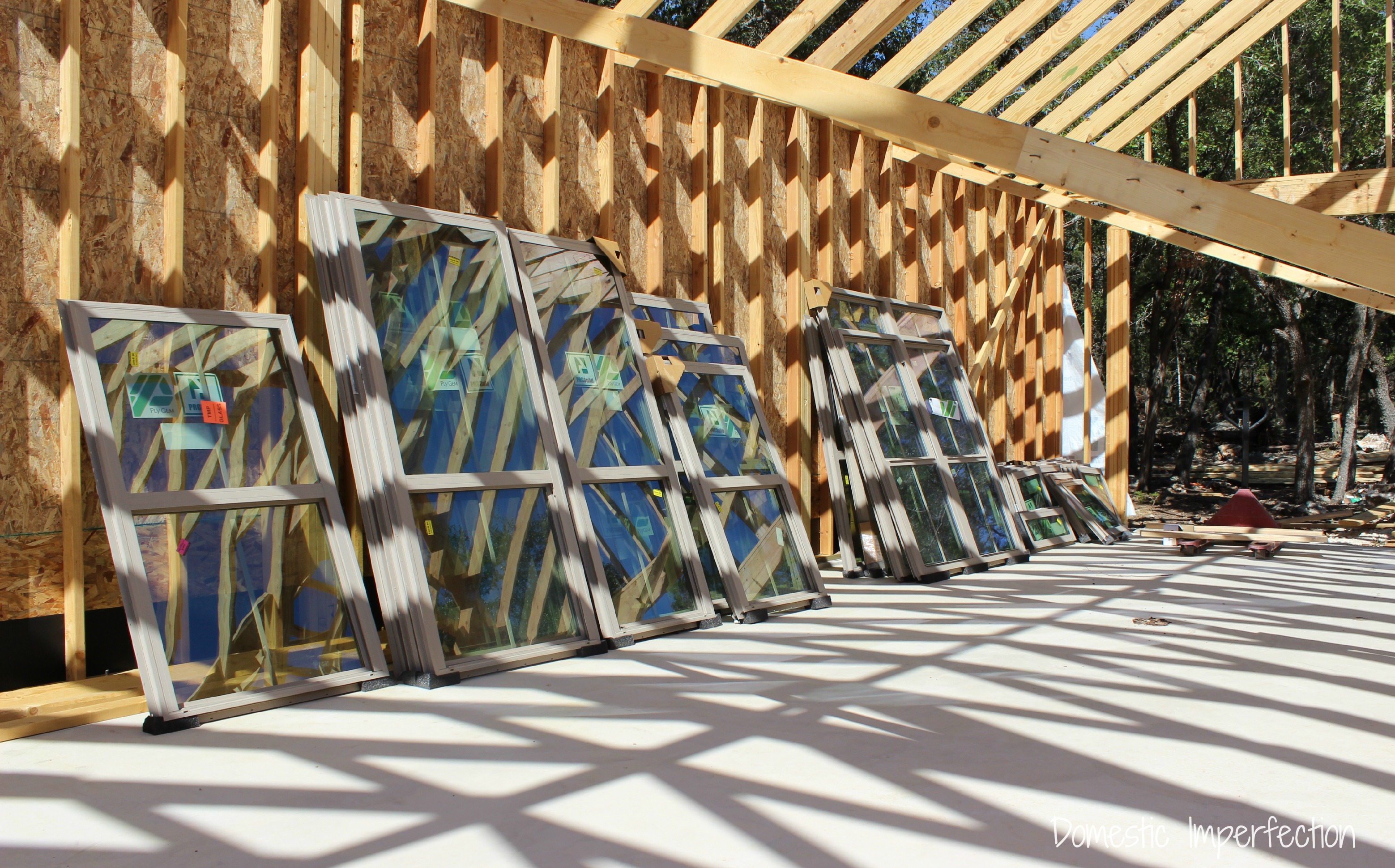 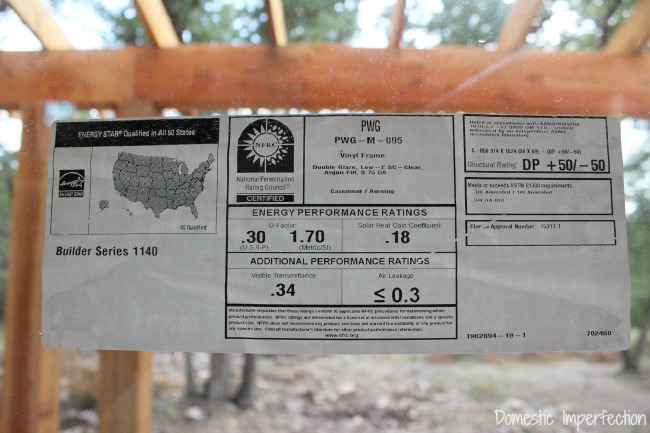 We got them in the clay color, which will be on both the inside and outside. To be honest, I’ve haven’t really been excited about our window decision, even after they were ordered and delivered. I had really wanted some sleek, dramatic, sexy black windows. (Plygem does offer a black vinyl window, but only in the north. Evidently here in Texas the extreme sunshine and heat will melt a black vinyl window).
. 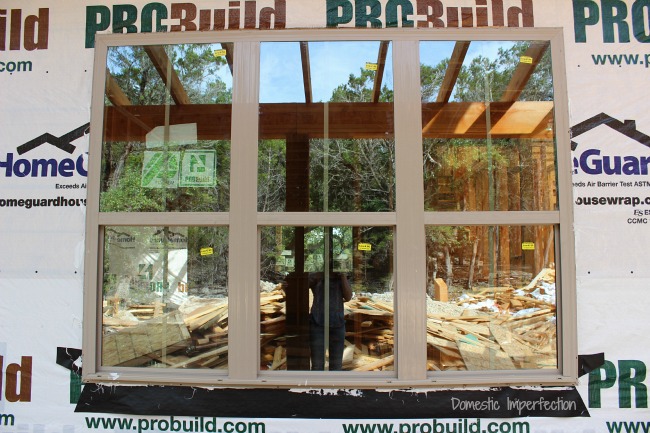 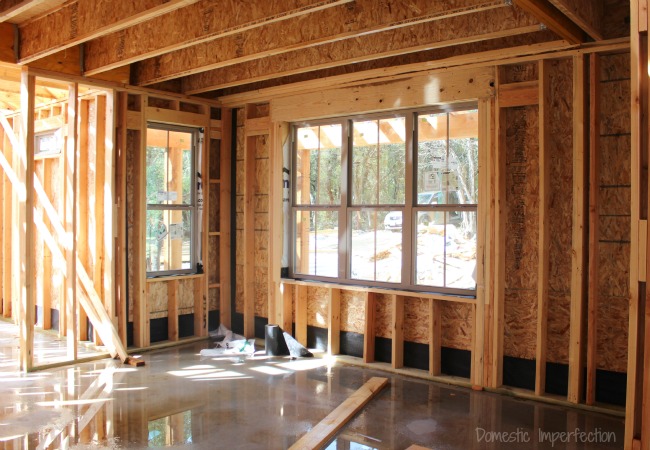 .
But then I got to thinking…the things I like really aren’t that dramatic and sexy, I much prefer things that feel casual and relaxed. And windows…they are really like the eyes of the house. I’ve tried multiple times to wear that black liquid eyeliner that looks so amazing on other people, but each time I end up looking ridiculous, like I’m trying to hard. I don’t even wear makeup most of the time, and if I do it’s some I put on mascara and call it a day. I’ll add some light eyeshadow and eyeliner if it’s a fancy event. So black windows, while amazing on other houses, would probably end up feeling heavy and over the top after a while. 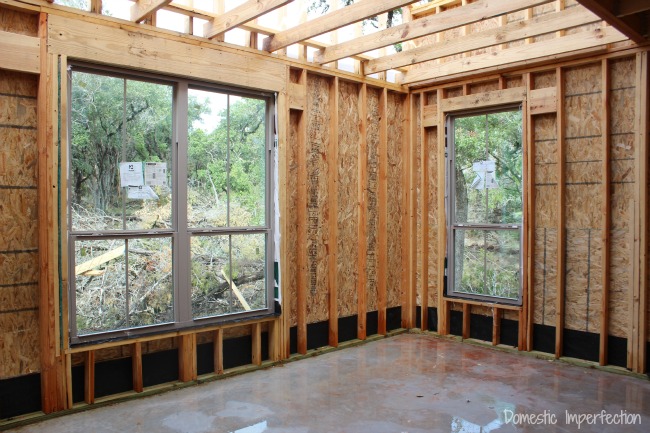 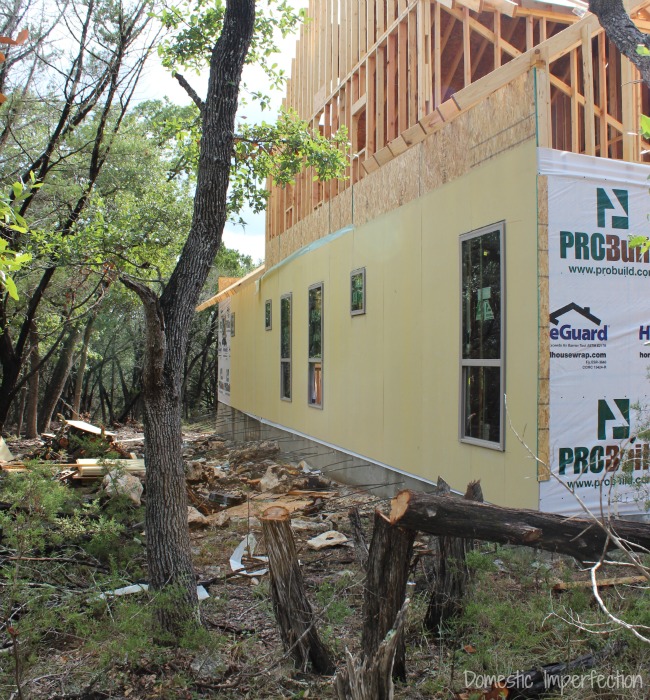 .
So I went searching online for any examples of a white house with brownish windows. I came back empty-handed, every window on a white house is either white or black. Then a few days ago I found an example, one lone example, of exactly what I was looking for on a blog called Front Porch Designs Studio.
. 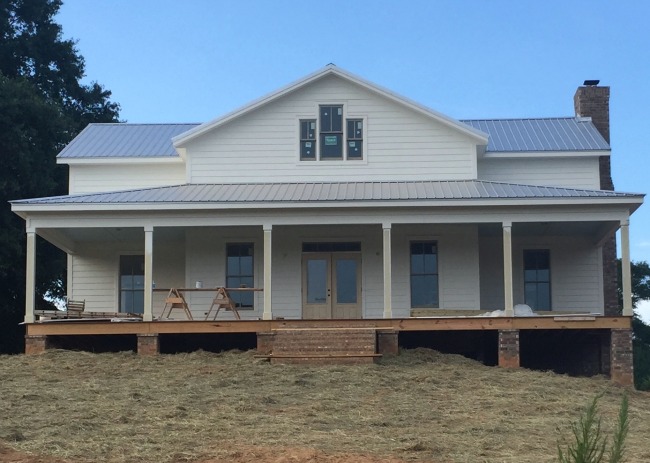 .
I had to get a closer look, so I hunted her down on Instagram and found this… 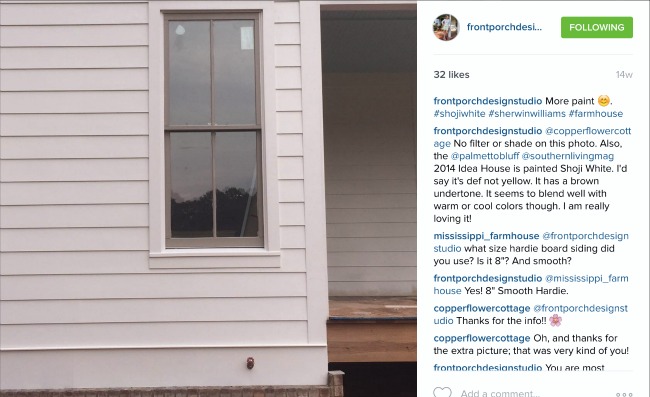 .
And? I think I love it. It’s relaxed and casual, with just the right amount of contrast to not be boring. It’s perfect.
.
And now I’m excited again…and also really glad that deciding on windows in behind me.
« Corralling the Entryway Chaos
The Fireplace Conundrum »