So you probably remember last month when I took my uber brown craigslist barstools and lighted them up.

I love them, they look great…but they needed something.  Nothing crazy, just…something. A reader suggested numbers and I knew right away that’s what I wanted to do.

I also knew that I did NOT want to hand paint them…I can see that going very very wrong. I’ve seen some tutorials for freezer paper (some tutorials call for wax paper) stenciling floating around and figured I’d give that a go. This is how it should go…print out large numbers, trace onto freezer paper, cut out with Xacto knife, iron onto fabric (the wax on the paper will adhere to the fabric), stencil, and then peel off to reveal a perfectly crisp number. Sounds easy enough.

Well, this is what actually happened.

First I spent way too long trying to create big enough numbers in a nice font on Word, but couldn’t seem to get them big enough and not hang off the ends of the paper. So I turned to Google, but all the large printable numbers I found looked like they were for preschoolers. Finally I found something I liked on The Graphics Fairy. I went to print them out…and quickly found out that not only am I out of ink, I’m also out of printer paper. Okay, new plan… 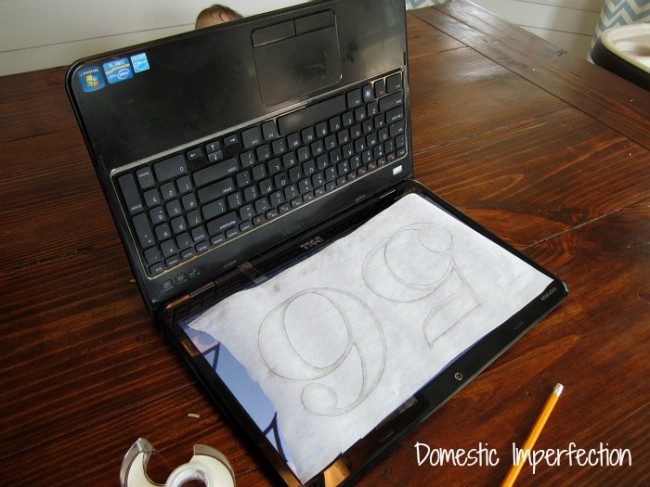 I’m really glad my husband wasn’t around to see me do this, it would have only solidified his accusation that I am “rough on electronics”.  Pssshaw…I traced incredibly lightly. He has no grounds, lol.

I cut the numbers out with an Xacto knife (make sure to do this on cardboard and save your “inner” peices…like the oval in the 6). 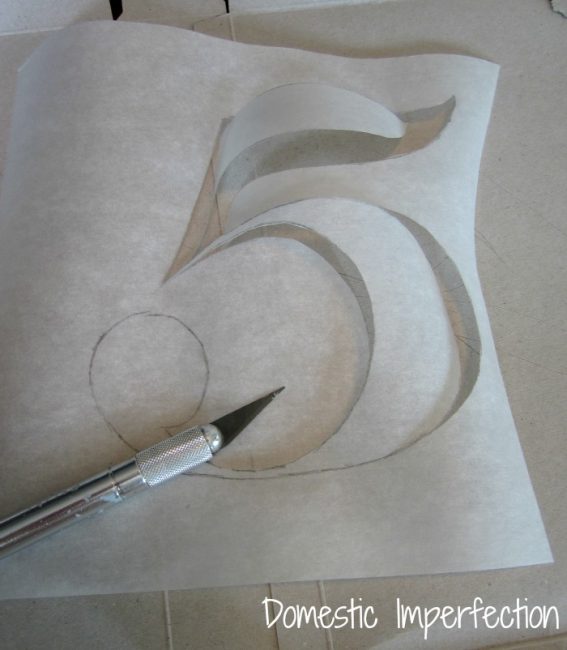 And then it was time to iron. I placed my number on the back of my barstool and got to ironing…except that it wasn’t sticking in the least.  I went back to look at my box…turned out I grabbed the parchment paper instead of the was paper. Ack…why? Before I redid my numbers I wanted so see how well actual wax paper was going to stick, so I ripped off a piece and started ironing. It wasn’t sticking either, so I cranked the heat up. Nope. I held the iron in one spot for a while. No dice. So I gave up.

(Just a quick reminder to anyone of y’all that might be under the false impression that I am some kind of crafting guru…take this as proof, a guru I am not. If I can complete a project and have it actually look okay, then you can too. I promise. I bet you could even do it faster than me.)

Then later that day it hit me…I had won a roll of craft vinyl earlier this year that I’ve never touched.  It’s basically a big sticker. Perfect! Wish I would have remembered about it earlier…

So I picked out the color I would probably never use and repeated the process, only this time I was successful. 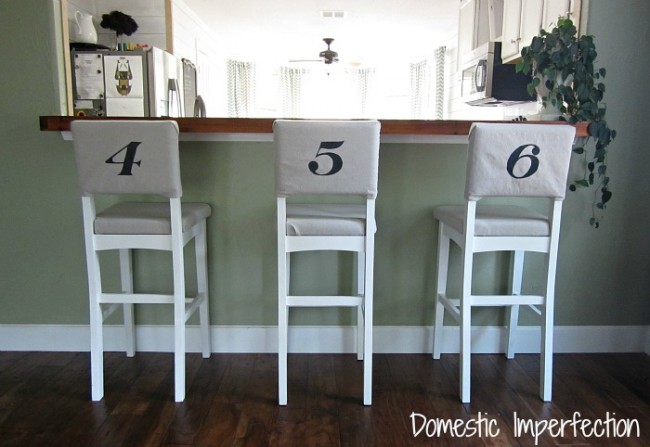 Anyway, the plain ol numbers still weren’t quite right, so I pulled the vinyl back out and went to work… 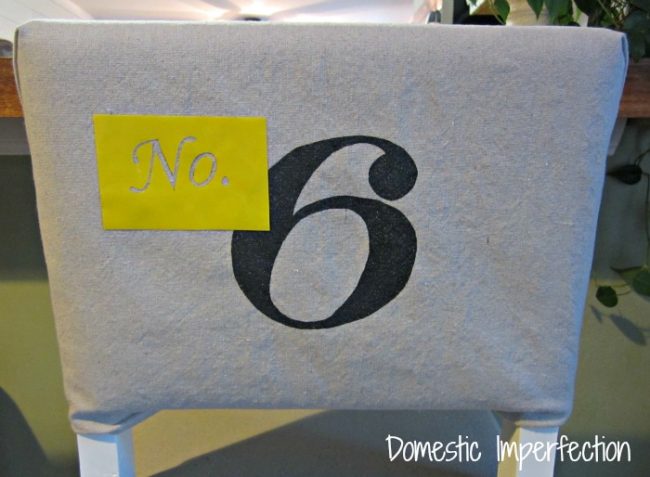 (The font is called “Monotype Corsiva” in 150…I tell you that mostly for my own reference). 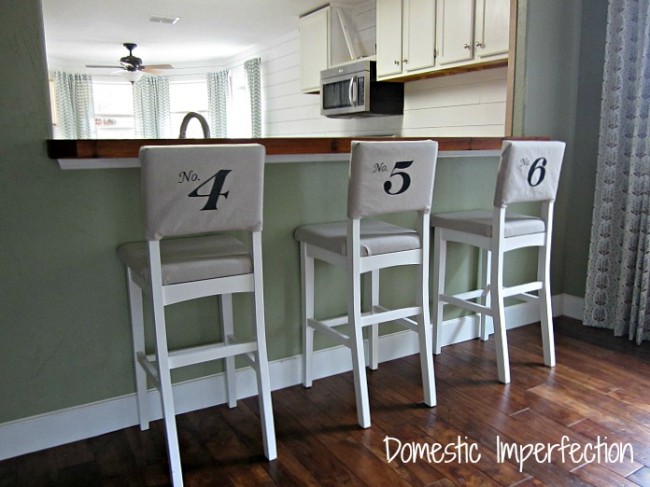 Just FYI, if you’re the lucky owner of a Silhouette Cameo than this project would take you about 5 minutes. I enter giveaways for them all the time but have never won. It might be time to bite the bullet…or wait for Christmas.  Christmas sounds good.