That’s right, we are now the proud owners of a place to park our cars and store stuff! Woohoo…I’m excited! Though I do also feel a little pressure…I’ve always told Adam that the reason our front porch is such a disaster is because it’s the only place I have to work. Now I have a place to work, therefore… I must keep the front porch clean. Pressure.

To my surprise, the garage (I know it’s not a legitimate garage, just humor me) went up in about four hours. FOUR HOURS. It took us two weeks to do the foundation…something seems a little off. I did feel really bad for the guys that assembled it though…they started at about two in the afternoon and finished at six. It’s June in south Texas… the high that day was 106. They looked miserable. I know because I was watching them like a creeper from inside my air conditioned house.

I did brave the oppressive heat long enough to snap some pictures of it going up. Sometimes a blogger has to make sacrifices for her readers, ya know? Sacrifices besides getting to tell her husband that she’s “working” when she’s really just cruising Pinterest. 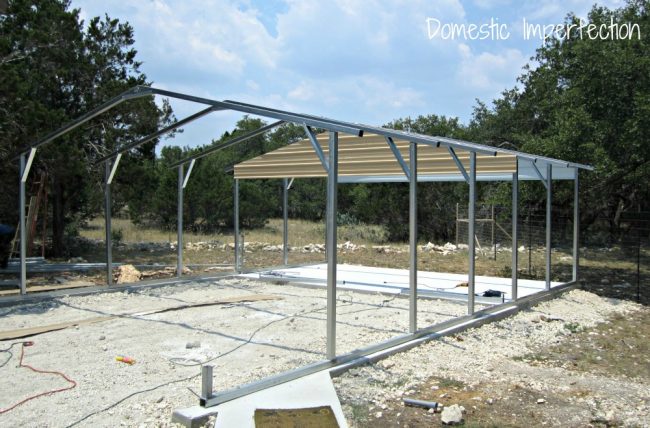 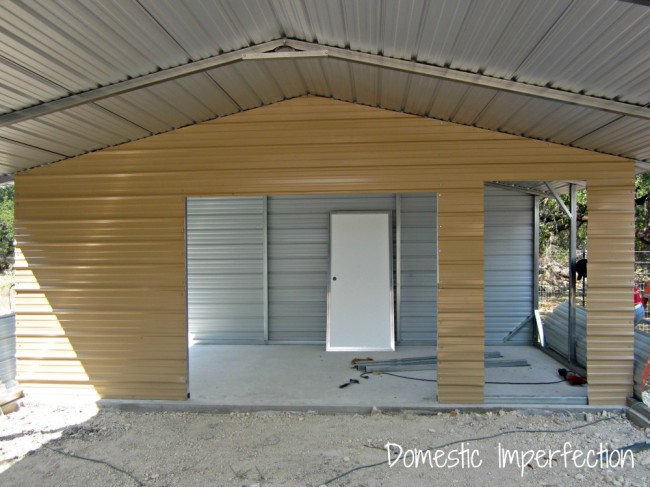 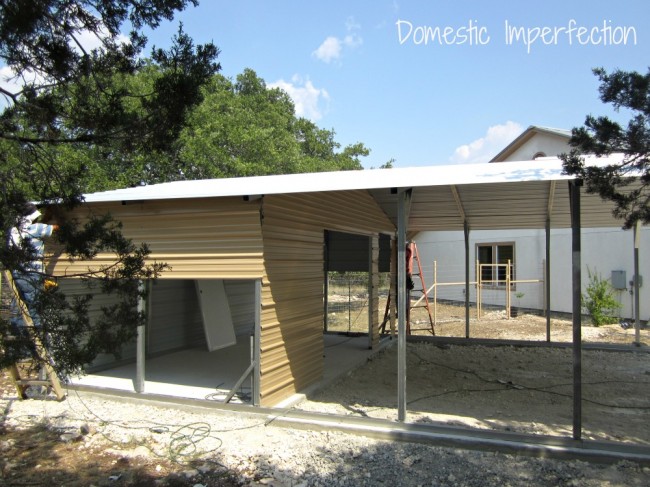 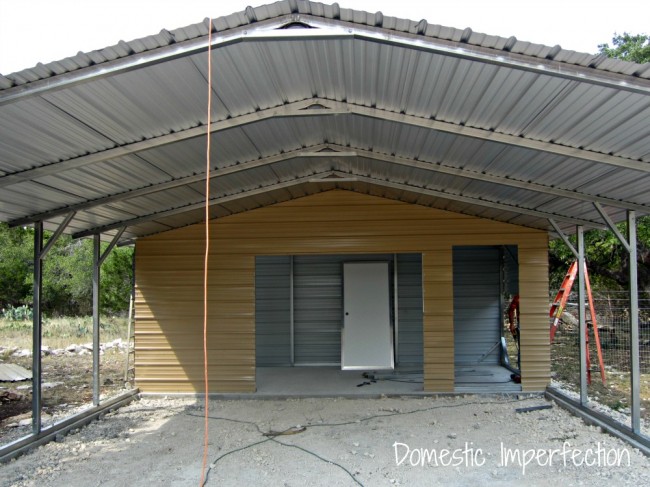 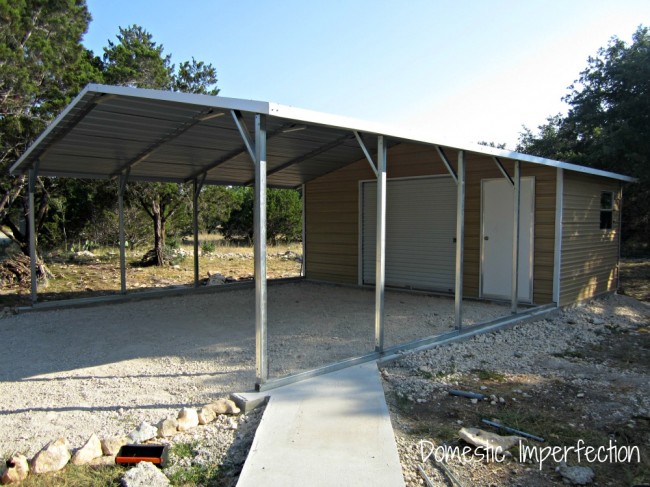 Despite it’s finished appearance, we still have a lot to do. We need to wire the electrical so we can have lights and plugs and whatnot. We need to add crushed granite so it matches or driveway, landscaping so it doesn’t look like an afterthought, and build shelves and workbenches so we have a place to put stuff. Speaking of shelves and workbenches…something big has happened. Huge.

Adam said I can put some of my stuff in there.

For years now he has said that when he finally gets a garage I will not be allowed in it. A garage is a mans space…and I’m messy, lose tools, and already have run of the house.  All true allegations. Then I started this blog….and nothing changed. THEN I started bringing home paychecks from it and suddenly I get a space in the garage. Not just a space…half of it. My generous husband has volunteered to have a his and hers side to the garage. That’s right, nearly 100 square feet of work space, just for creating awesome stuff…. and the UPS man won’t have to trip over my projects every time he delivers a package. So thank you for reading my blog, and for not complaining about my ads so that I can make some money and get a spot in the garage. Y’all are awesome.

Would you like to meet my side? Here she is… 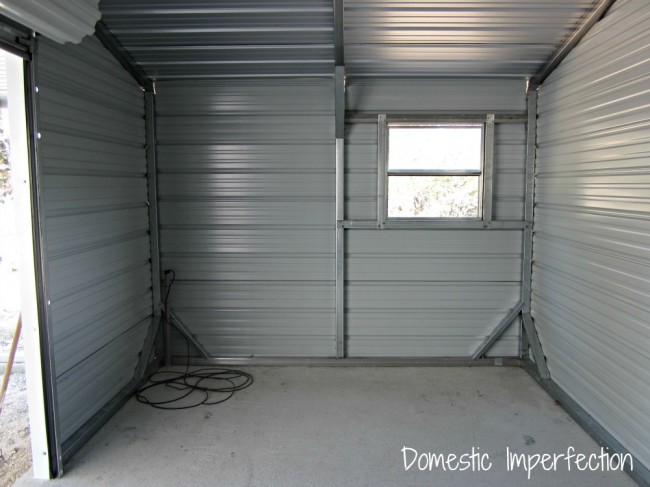 Now just visualize a workbench under the window and a shelf full of paint…nice right?

I do have to brag about my husband, dad, and in-law’s for a second, they did a great job on the foundation. Look at how perfectly everything fits… 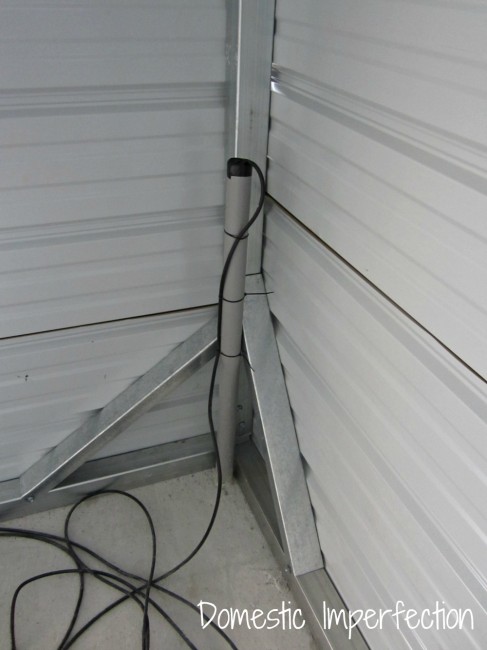 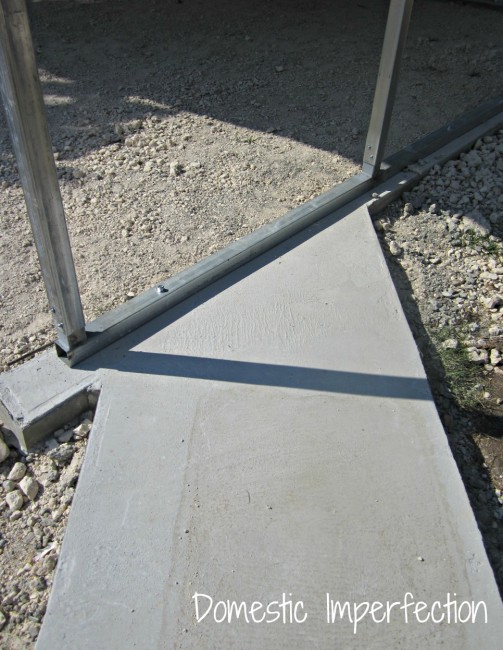 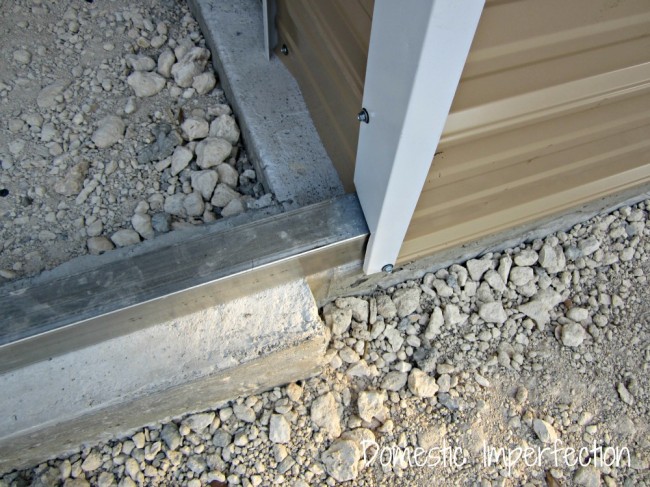 Our cars look so shady under there…perhaps now my thighs won’t instantly melt to the leather seats when I get in my van. 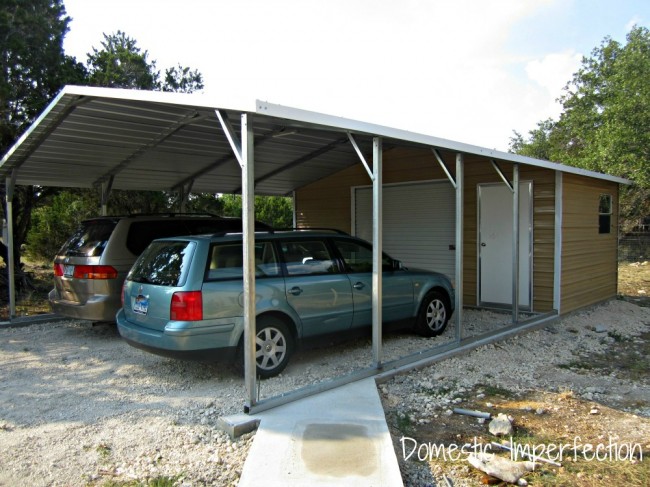 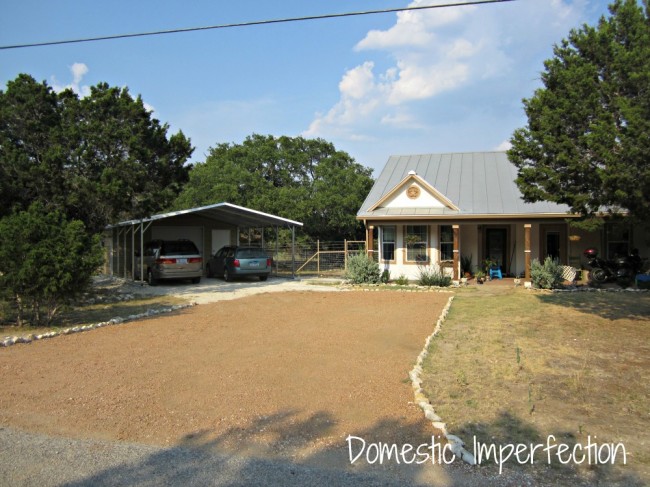 (Man I wish I had an actual before picture. Also, saying that we are having a hard time growing grass would be a huge understatement.) 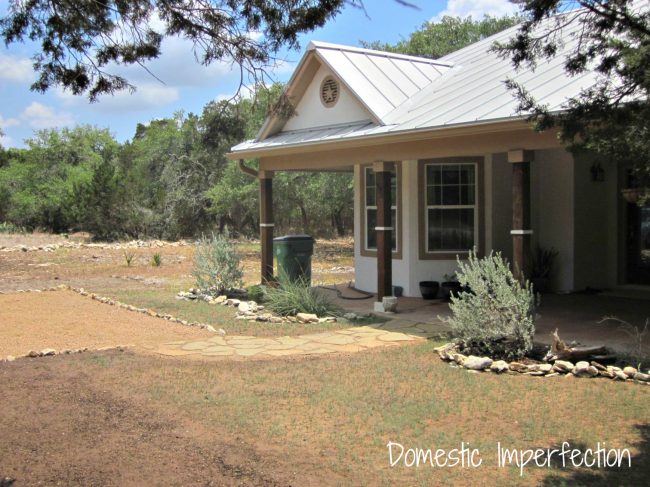 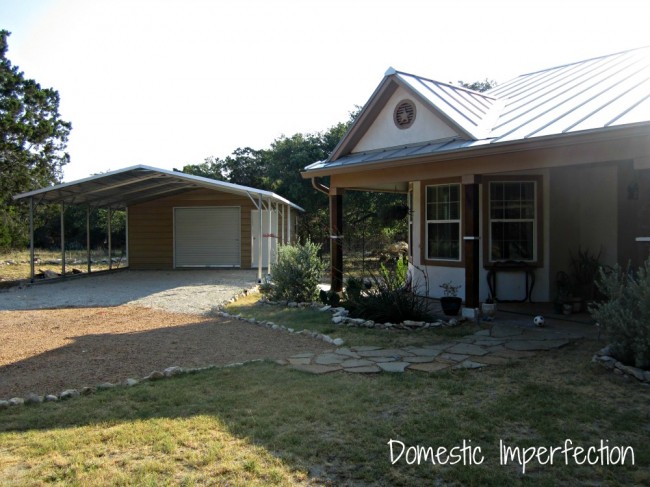 Anyway, the dump truck just delivered the crushed granite…now we have to spread it. Unfortunately it’s about four thousand degrees outside right now, so I don’t see that happening. Would we be the weird neighbors if we spread gravel at midnight?