*Thank you to Floor & Decor for sponsoring this post.

Last month I shared with y’all the process of picking tile for our kids bathroom, and I’m happy to say that it’s all installed, and we are that much closer to having a livable house! As a reminder, here is the tile we picked – a brushed marble tile for the floor, a tumbled marble subway tile for the shower walls, and a linear blue glass for the backside of the niches (all from Floor & Decor). 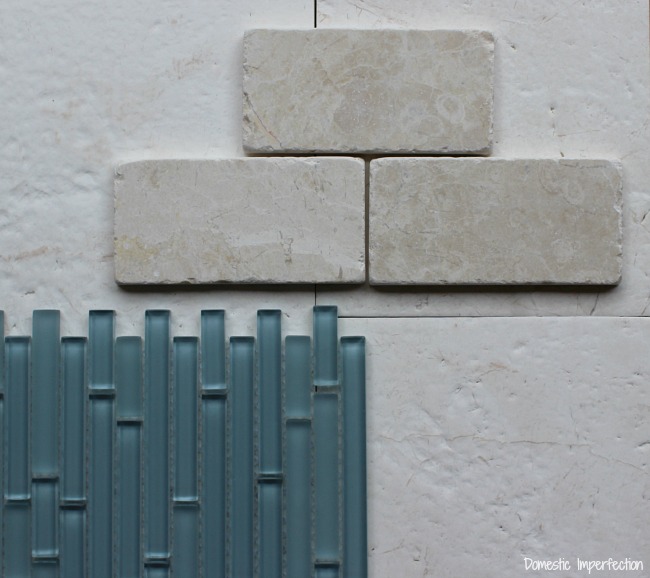 Originally Adam and I had planned to do all the tile work (besides the shower pans) in the house ourselves, but we quickly gave up on that idea when the time came and decided to hire it out. I have no doubt that Adam and I could have done it, but installing all that tile would have taken us forever, there are so many other projects to work on. We probably would have ended up paying ourselves like 14 cents an hour to tile, and I’m sorry, but I’m worth at least a quarter.

So we ponied up the cash and watched our tile go in…quickly. Those guys didn’t mess around. 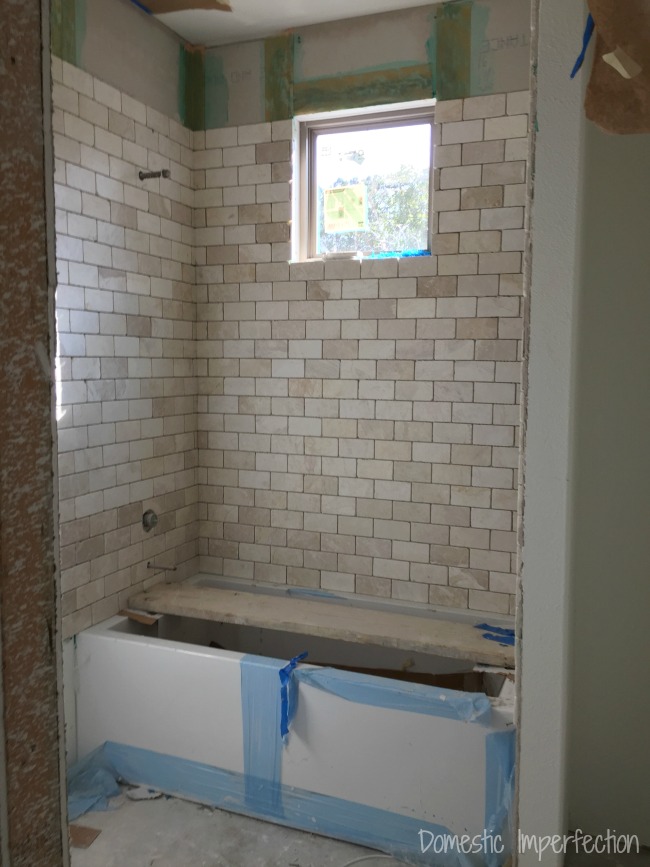 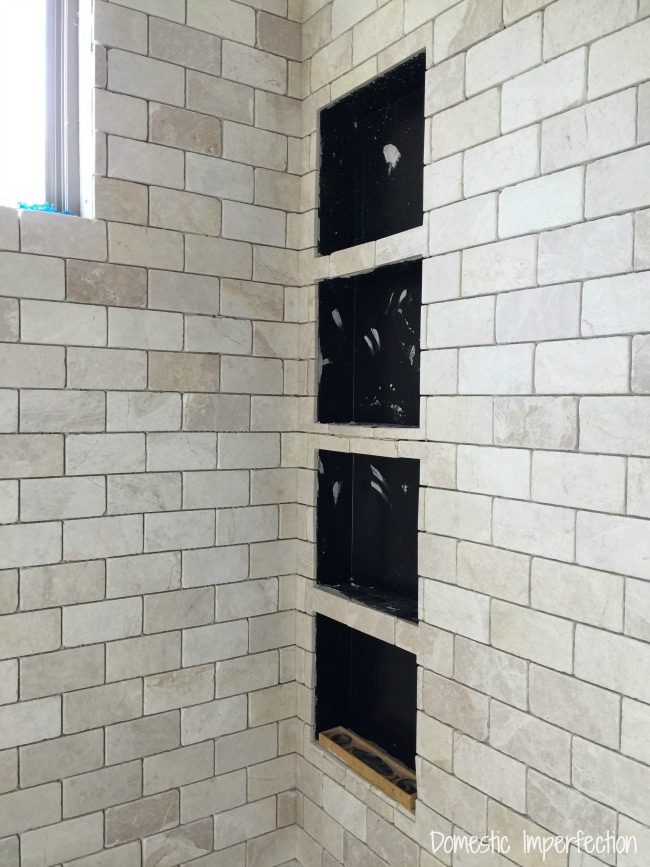 and the brushed marble tiles going on the floor. 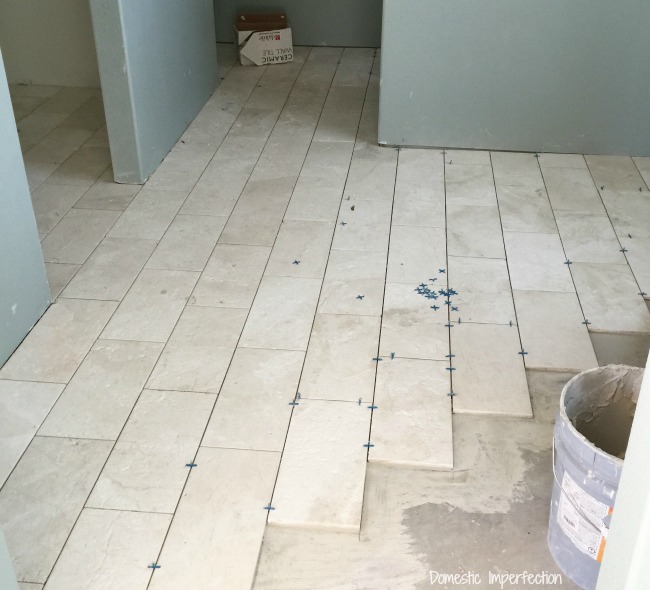 That’s actually the master bathroom floor going in because I didn’t get a progress shot of the kids bathroom, but it’s the same tile. I really liked it in the box, but as soon as it started getting laid out on the floor I fell in love with it. It’s SO PRETTY and has just the right amount of texture and variety without being over the top.

Then the tile guys asked me to pick a grout color…which, looking back on, I totally messed up.

My goal was to have the grout color be basically the same color as the tile (just ever so slightly darker). I didn’t want white (too fresh and new looking) and I didn’t want anything too dark (don’t want the grout lines to stand out), I really just wanted something that would disappear. So when they handed me the grout color chart and asked me to pick, the choice was pretty easy. 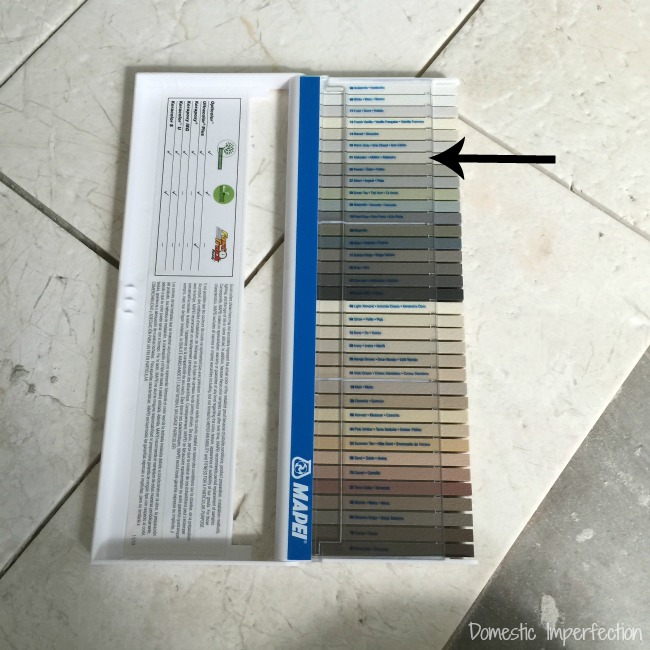 I picked a color called Alabaster, which was an off white with just the right amount of greige. It was light enough to blend right in, but dark enough that it wouldn’t be too fresh looking or hard to clean. So I told them my selection and went on my way without a second thought.

A few days later I went back to see how it turned out, and the final result wasn’t quite what I had hoped for. Instead of the grout blending right in as an off white color, it was a darker gray. Even worse, the dark grout had filled all the holes and dents in the marble and as a result my beautiful tile looked downright dirty. 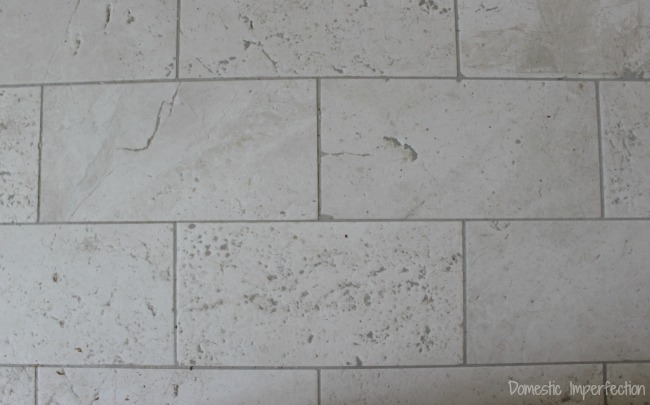 I was convinced that they used the wrong grout color, so our builder came over to have a look at it himself. He agreed it looked dark and dug through the trash to find the bags they used. Sure enough, it was Alabaster. My next question was “why is it so dark…did they mix it wrong?” So we took the bag inside and compared the little color example swatch on the bag to the floor. Standing up, it looked very different from what was on the floor, but if you bent down and put it right up next to the grout it was exactly the same.

Turns out, I just made a bad decision. Hindsight is 20/20, right? It also doesn’t help that the bathrooms have terrible lighting (as in none) right now, which makes the grout appear darker. And truthfully, if I stand back up and look at it (without any preconceived notions of what I wanted it to look like) it still looks pretty darn amazing. 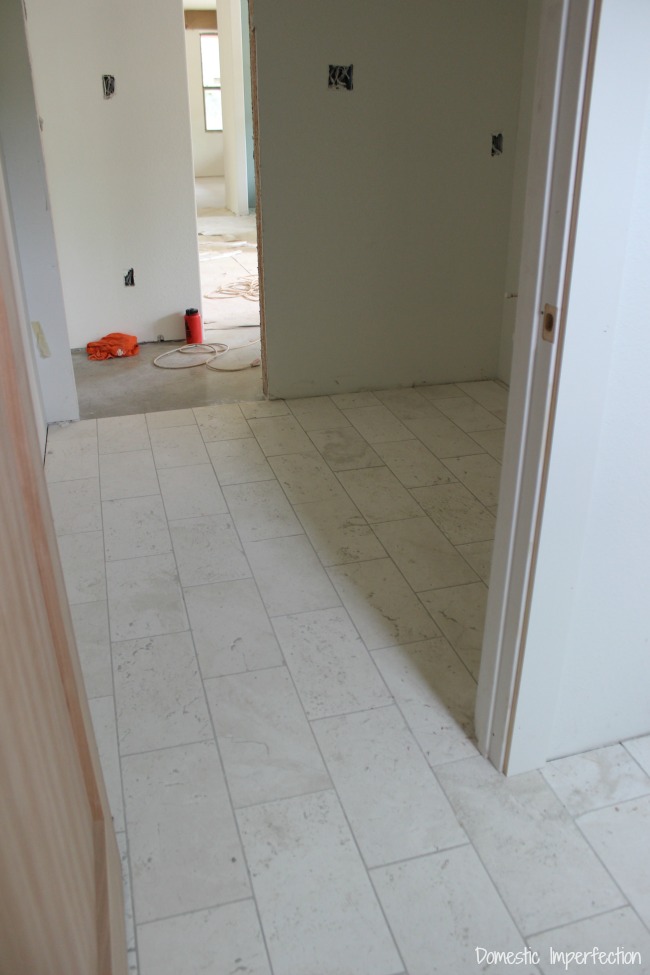 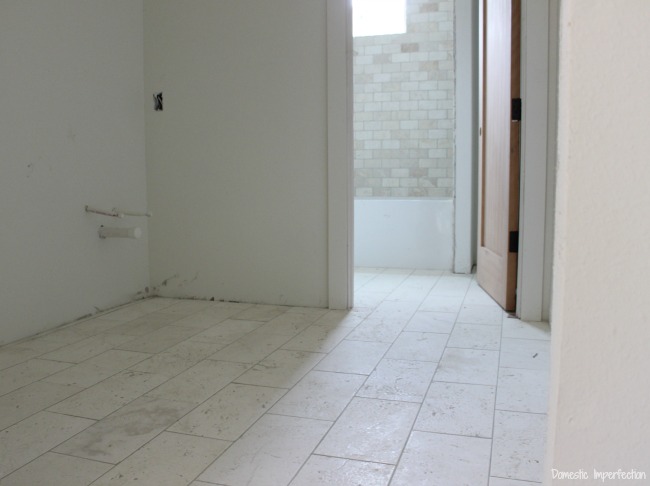 I did talk to the tile guys about how it didn’t quite turn out how I hoped, and they were pretty understanding. Turns out they skipped a step I think is important (sealing the marble before grouting) which is why the dents and holes soaked up every last bit of grout, so they are going to come back and with some cleaner and a professional buffer thing and try to clean the tiles as much as possible. Then I’ll seal everything and we’ll be one step closer to a usable bathroom.

The good news about the grout is that I really like it in the shower. 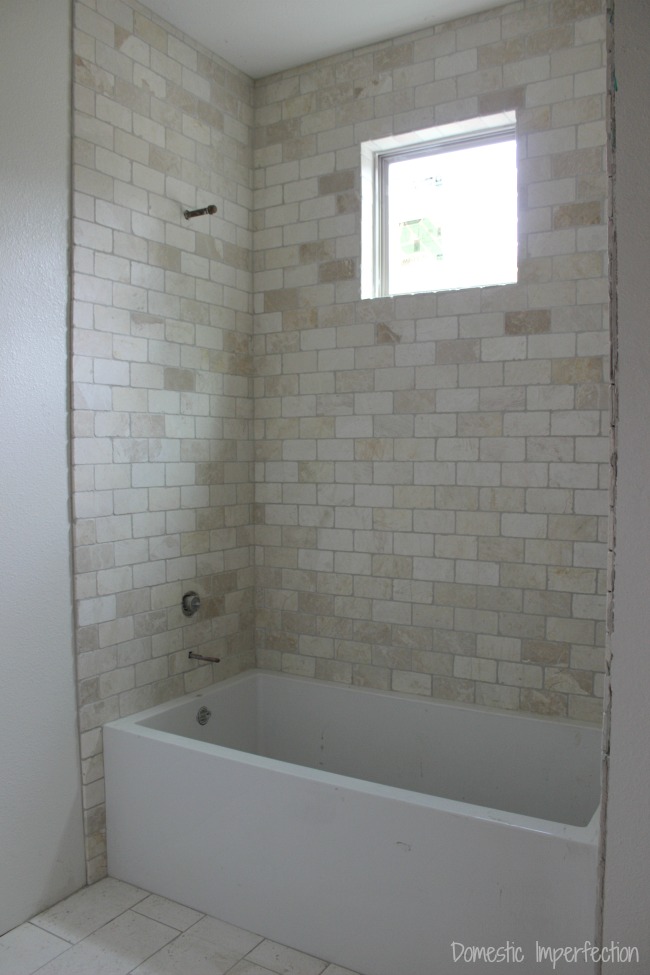 In fact, I’m pretty giddy about the shower and tub, it looks awesome. I can’t believe I’m going to let my crew of dirty boys shower in it…with the amount of grime they accumulate they should really just get thrown outside with a bar of soap and a garden hose. It’s a good thing we installed four niches, because we are going to need it for all the soap we go through. 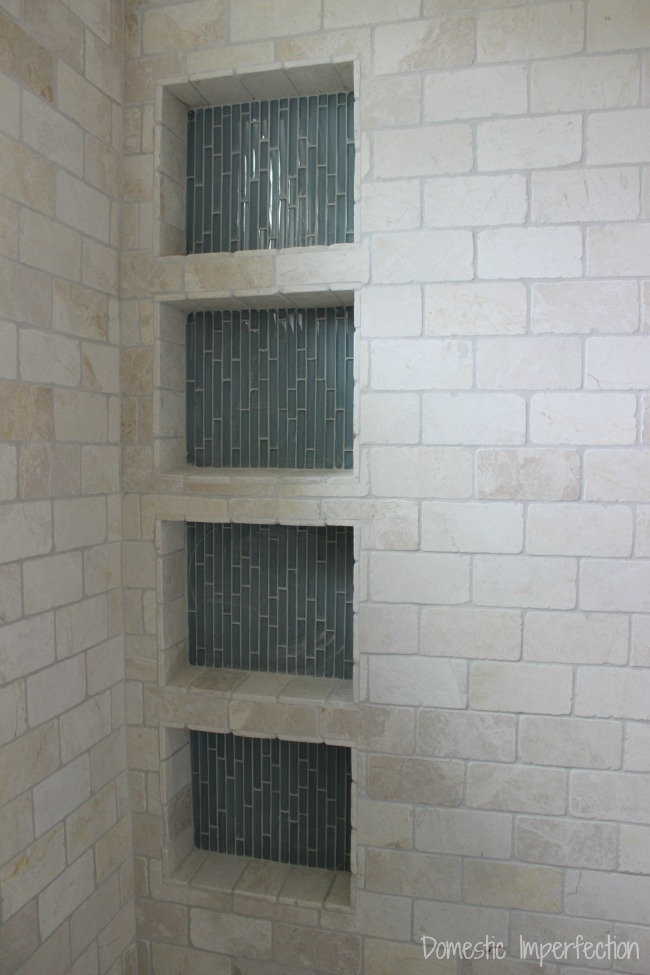 Those niches turned out great, right? They still need to be cleaned up and sealed (like everything else) and as soon as that happens I’ll share pictures again and the overall design plan for the bathroom.