I hope everyone had a great Thanksgiving! We just finished our Thanksgiving marathon…we did a Thanksgiving on Thursday, Friday, and hosted on Saturday. Somehow we managed to have hardly have any leftovers from actual food, but we have like six pies still hanging around. That’s not good for anybody.

I thought I’d pop in today with some quick updates on previous projects. None of them are really worth a post on their own, but together…together they are postworthy. First up we have my birch forest hallway that I wrote about earlier this week. I had asked for suggestions as to what to fill it with and y’all gave me some great ones (though I probably wont get around to them for a while). A few of you had said I should paint little birds on some of the branches and I loved that idea. I started out by painting like seven grey ones, but they looked…I don’t know… ominous? Like they were just watching me, waiting to make their move. So I wiped them all away before they dried and just added two little yellow ones. Then I didn’t like the yellow, so I painted them red. Then the red was too bright so I painted them a much darker red. During this process Adam perfected his eye roll, lol…I got them the way I wanted them though! 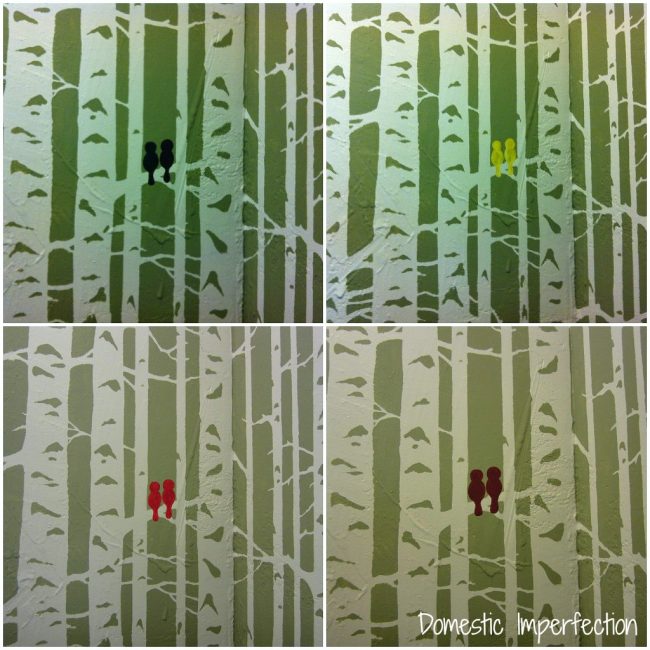 I also added two subtle little mice… adults would never notice them but my boys  think they are pretty awesome. 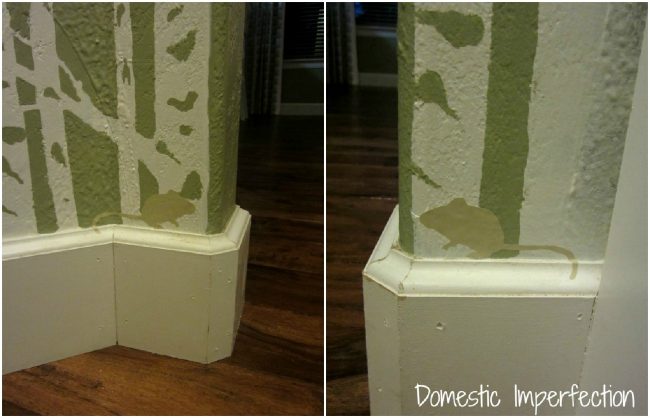 Okay, so tiny update number two…this one has to do with my kitchen chalkboard. I use this chalkboard everyday to write my daily to do list on and it’s great….except that I have nowhere to put my chalk.  I’ve been placing it above the fridge, but then Adam suggested that I use an upside down drawer pull as chalk storage. Ummm, yes? He’s so smart.

I planned on mounting it directly to the wall, but when I got home I realized that you are supposed to screw it on from the back, through a drawer. There’s always something isn’t there? 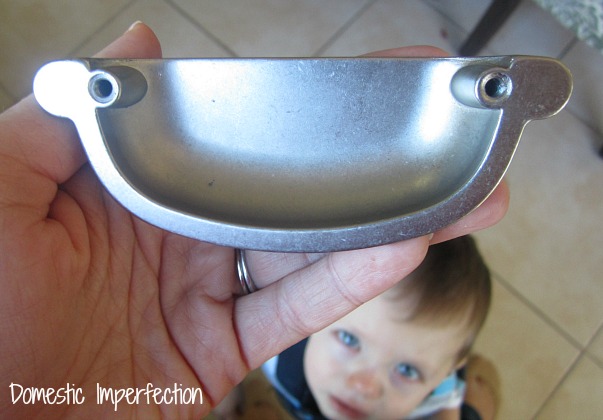 Levi was pretty upset about it too, fortunately there are few thing that a little hot glue can’t fix. Ta-da, my chalk now has a stylish little home and can stop rolling off the top of the fridge and breaking into tiny pieces. 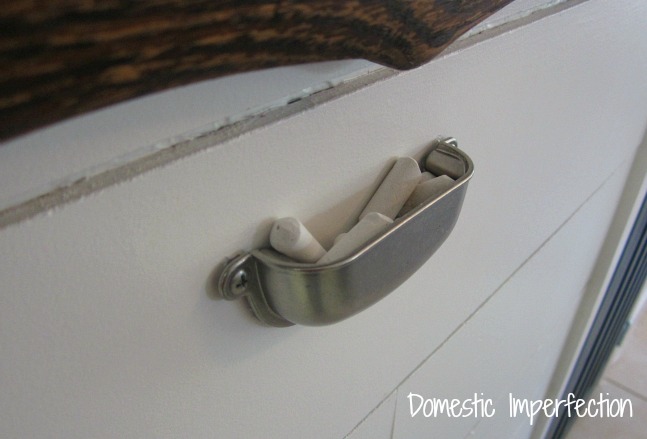 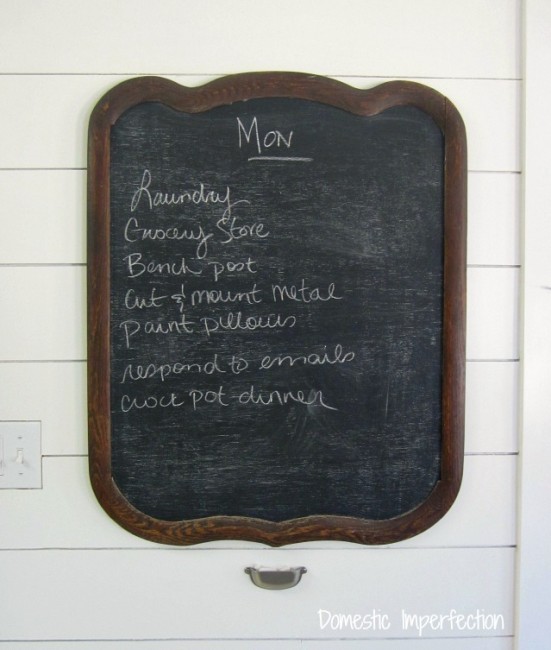 The last update has a little story to it. Remember when I did my numbered barstools and said that it would have been leaps and bounds easier if I had owned a Silhouette CAMEO? After that I decided (okay, convinced Adam) that it was a worthy investment and went ahead and bought one. I have only used it a few times and have a lot of learning to do, but it is pretty awesome so far. My first project with it was a banner for our Harvest Fest at church, which I only have this one (in progress) Instagram picture of… 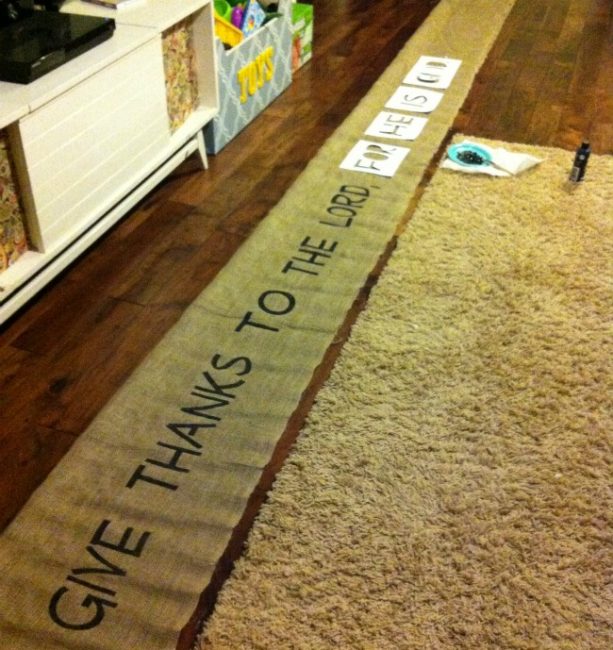 Anyway, so the update I made is to our screen door on the pantry. It had a bare little rectangle in the middle that was begging for some typography, so I whipped up some quick vinyl cutouts with the CAMEO and stuck them in there. 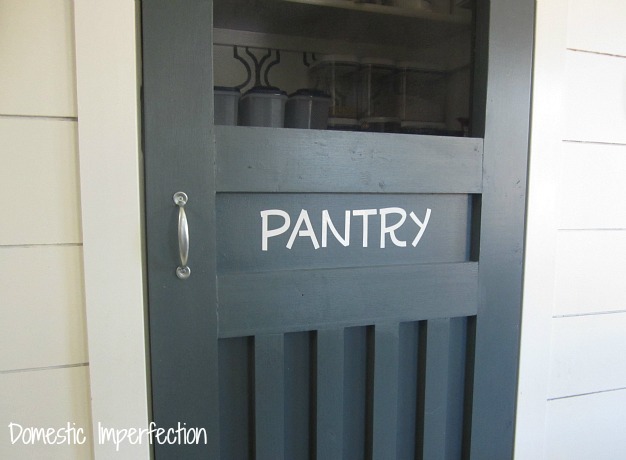 I’m not convinced that I didn’t like it better plain…at least if I decide to take them off I won’t feel guilty, since it only took me about 5 minutes to do. 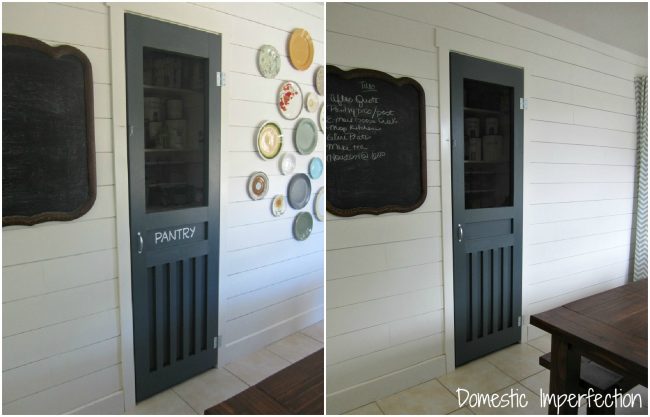 If you’ve ever thought about buying a Silhouette then this is definitely the time to buy it. They are currently on sale for Black Friday and are the lowest price I’ve ever seen! I’m obviously late in telling you about this sale, but it lasts through November 30th, so you still have time :) To get these great prices click here and use the promo code IMPERFECTION.

and for  y’all that already own a Silhouette, all supplies are 40% off!